Grenadiers for my french Line Regiments

Up until now, my regiments of french line infantry have been represented solely by fusiliers (Italeri), but I've been planning to add grenadiers and voltigeurs to each unit, thus making my regiments more accurate.

That being, I just finished 5 new bases to distribute among my existing reigments, each composed by 4 fusiliers and 4 grenadiers. I used Zvezda Old guards to proxy line grenadiers, with the appropriate colors adjusts, as these sculpts mix pretty well with my Italeri fusiliers. 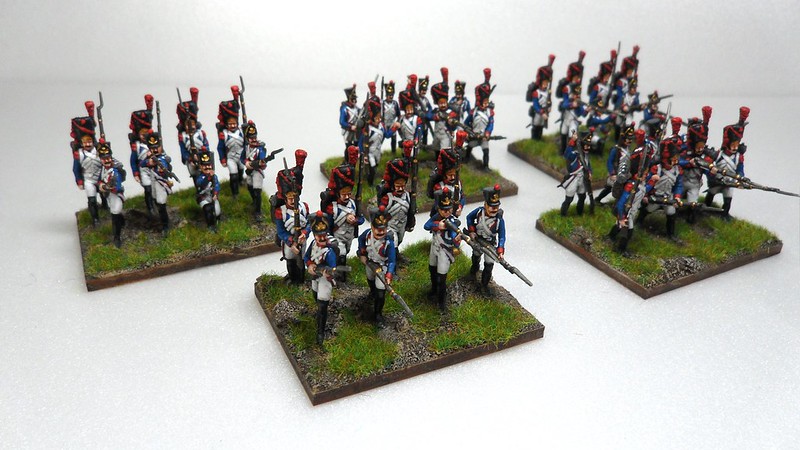 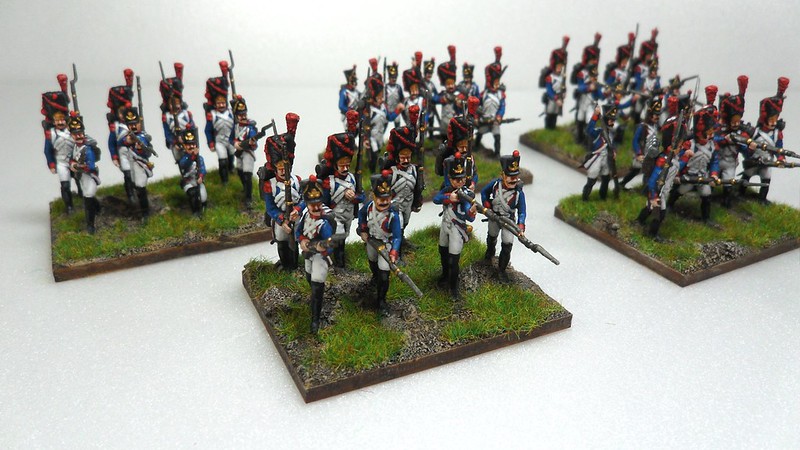 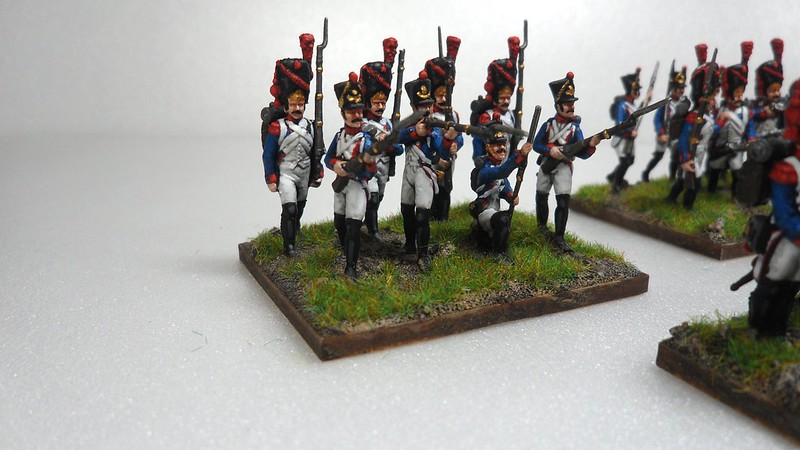 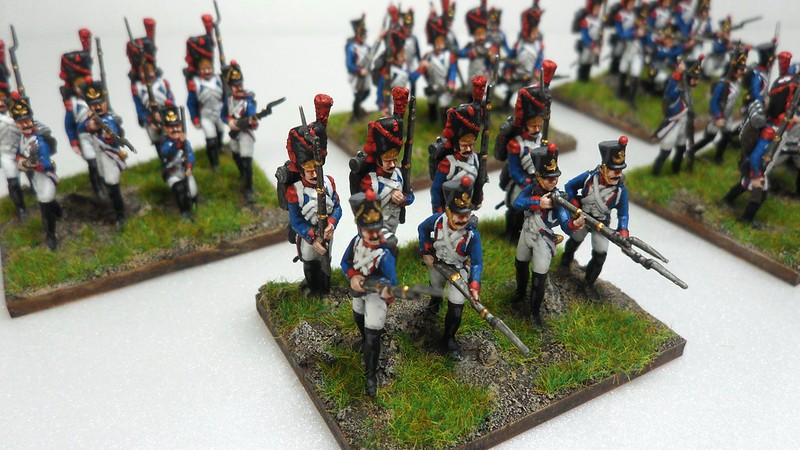 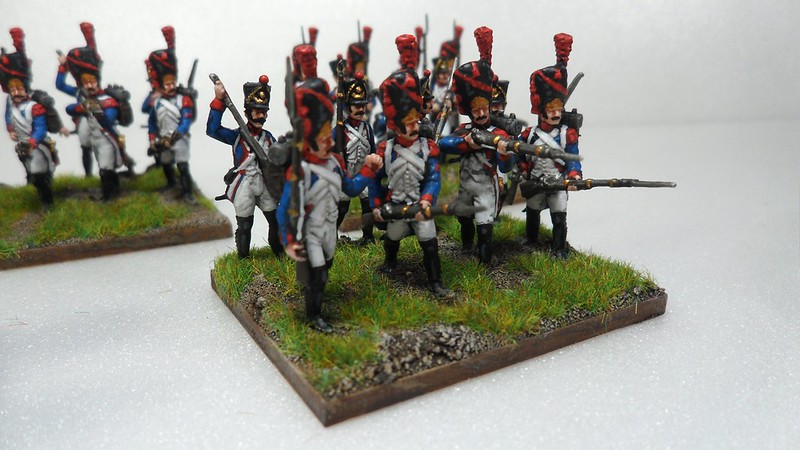 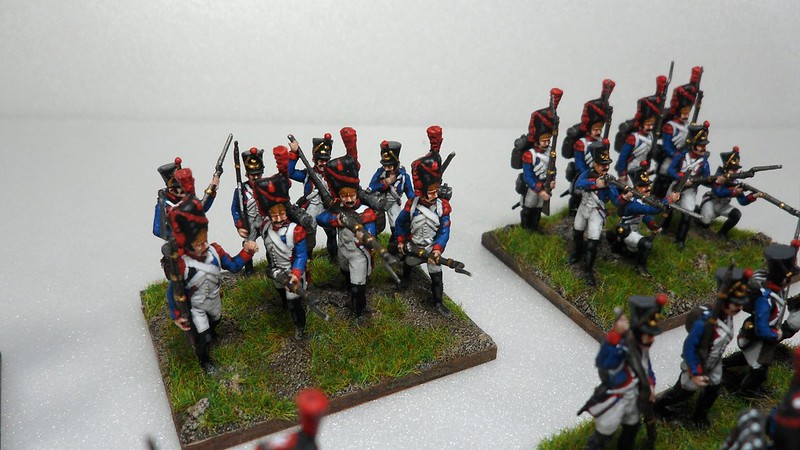 The reason I did just half a base of grenadiers is one of proportion. With a single company out of 6 in a battalion being of grenadiers, a full base of them would be excessive. This representation I did is 1/8, instead, not exactly accurate, either, but looks better this way.

Here is how each of my regiments currently look like: 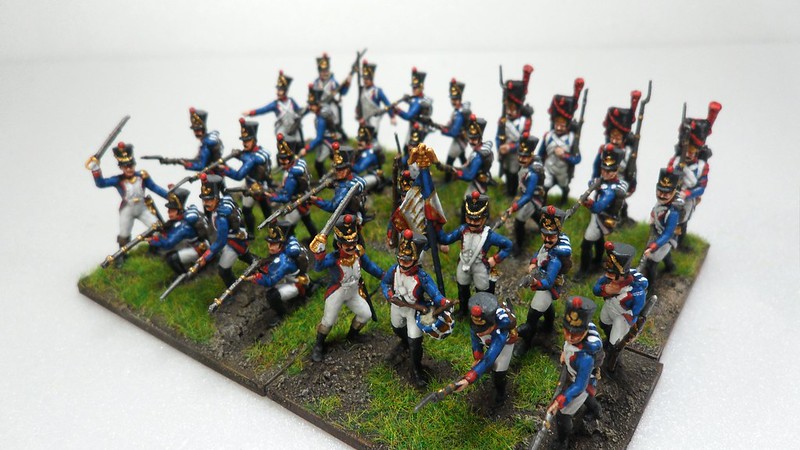 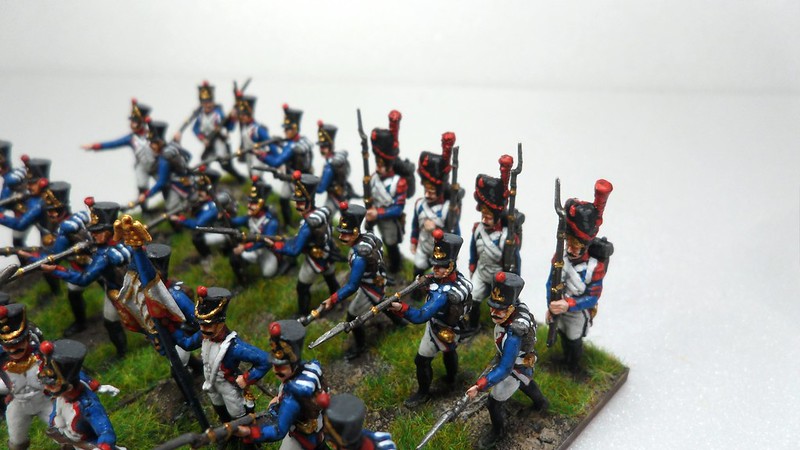 Next, I'll be doing the same process with voltigeurs, replacing one base all-fusilier in each regiment by one of voltigeurs/fusiliers. I'll also be using Zvezda models here, but this one is tricky, as that kit is pretty rare. I managed to grab one on ebay for a reasonable price, but I still need a second one to complete all 10 regiments I plan to have in total.

Something similar will be done with my light infantry. Currently, I'm missing the chasseurs on all 3 regiments I have. I'll be coming up with bases of chasseurs for all of them, thus spreading the current bases of carabiniers and voltigeurs into a new total of 6 regiments.

Thus, in the end, I'll be left with 10 regiments of line and 6 of light, 1 regiment of guard and about half a dozen regiments of allied infantry (bavarian, swiss, italian, etc.) for a total of over 20 units of infantry for my french. This, along with several units of cavalry and artillery, is enough to do a very large game of Black Powder, where I'll be able to field a huge french army against any 2 other armies combined - something Napoleon did quite often!
Posted by Matgc at 4:55 AM