I've always liked the designs of Ravenstar Mauridian ships, but could never find a use for them that justified the purchase. Well, turns out I decided to come up with fleets for the factions of Beyond the Gates of Antares, so I could play the game in space, using my house rules for space combat, and the Mauridians stroke me as the the perfect visual I had in mind for the Concord ships, so here they are: 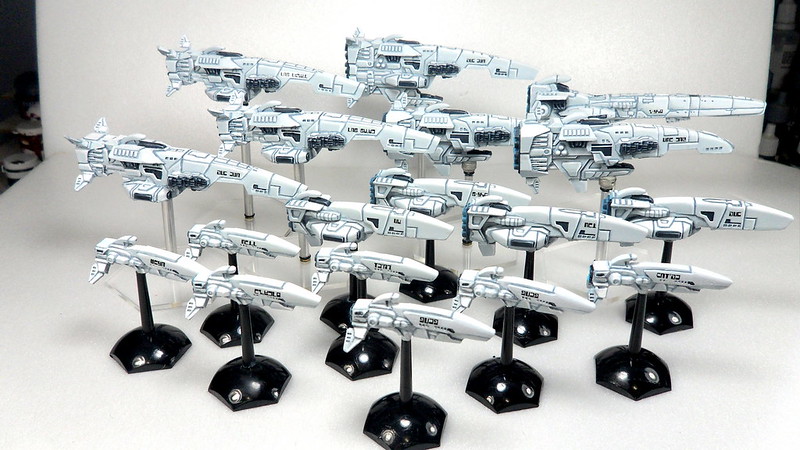 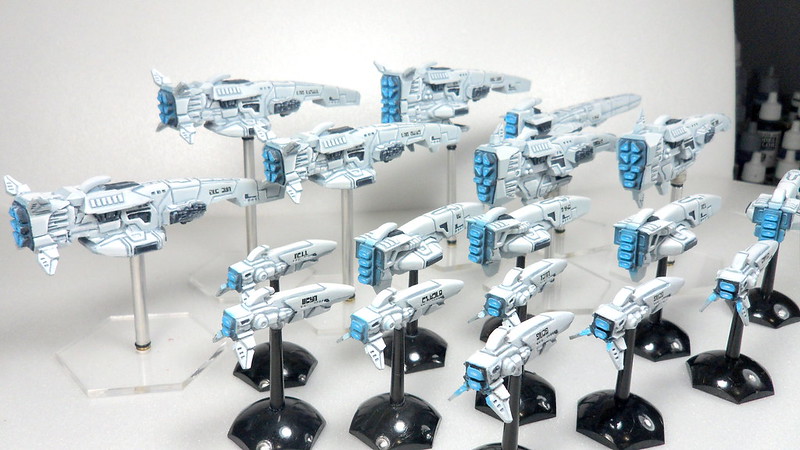 
They are the main escorts in the fleet, providing flank support for the bigger vessels too slow to pivot efficiently. 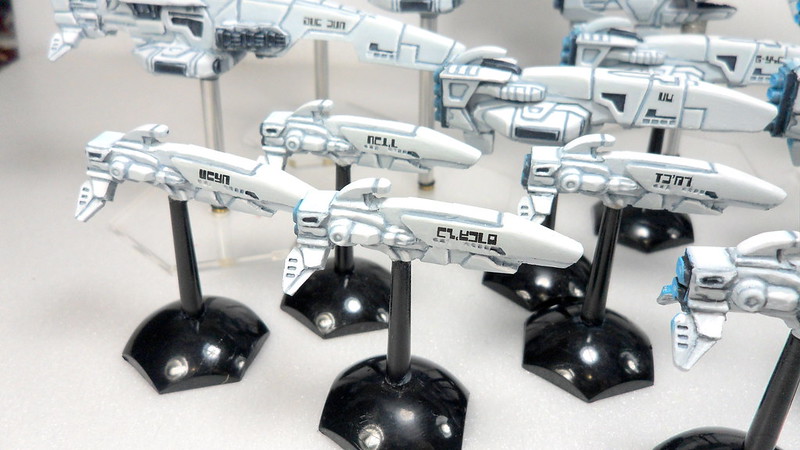 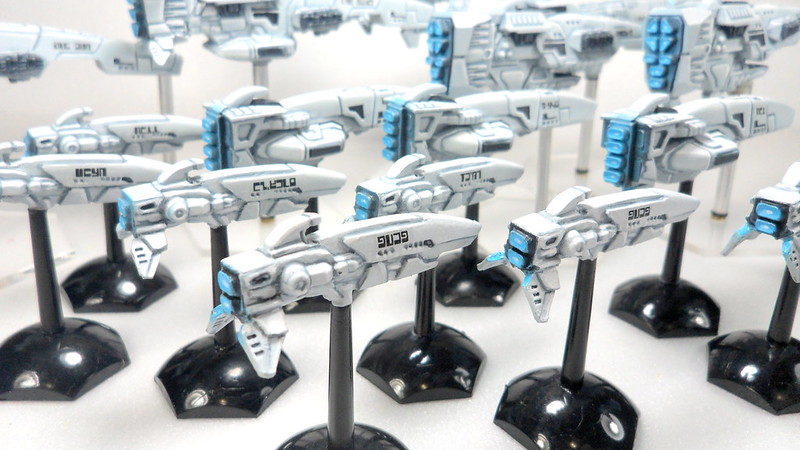 
Bigger and more gunned than the frigates, the light cruisers are also designated as escorts sometimes, although they also have enough fiepower to act on their own, as well. 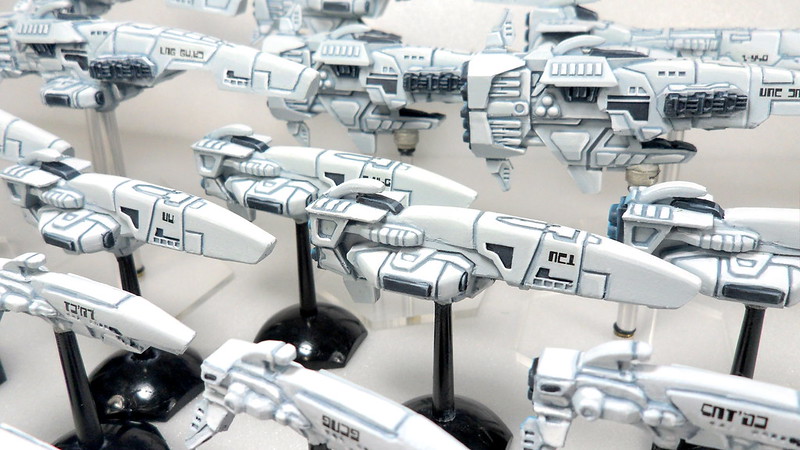 
These cruisers combine heavy firepower and fighter capability, making them very versatile on the battlefields of antarean space. 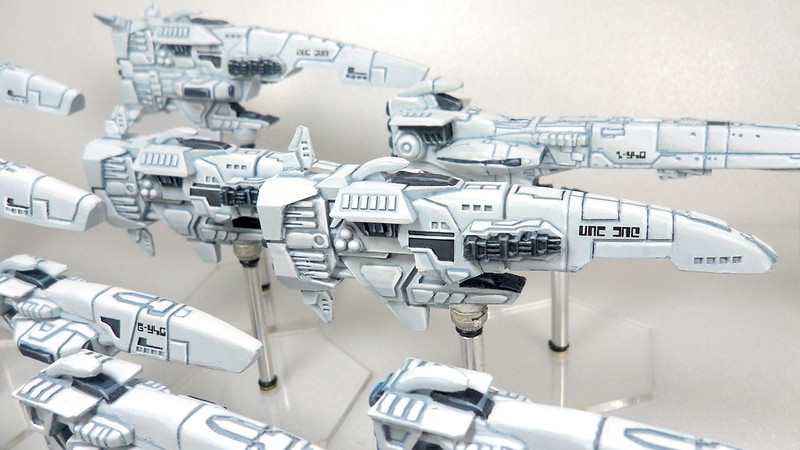 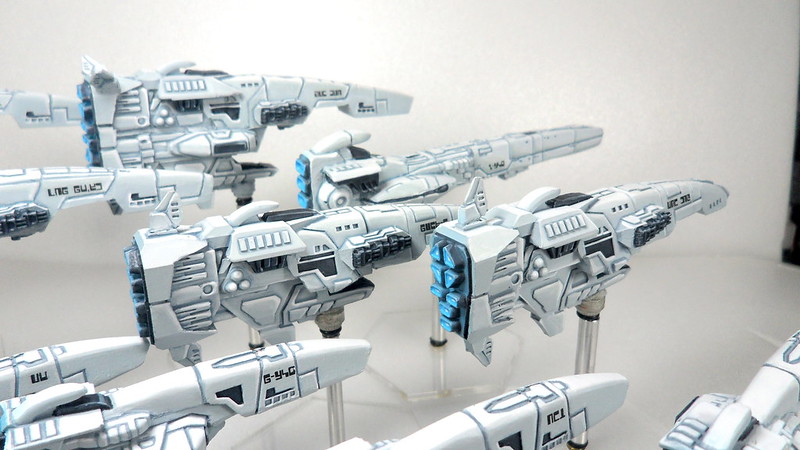 
The workhouse of my Concord fleet. The most common capital vessels in the Concord navy, they trade fighter capacity in favor of massive firepower from its broadsides and forward cannons. 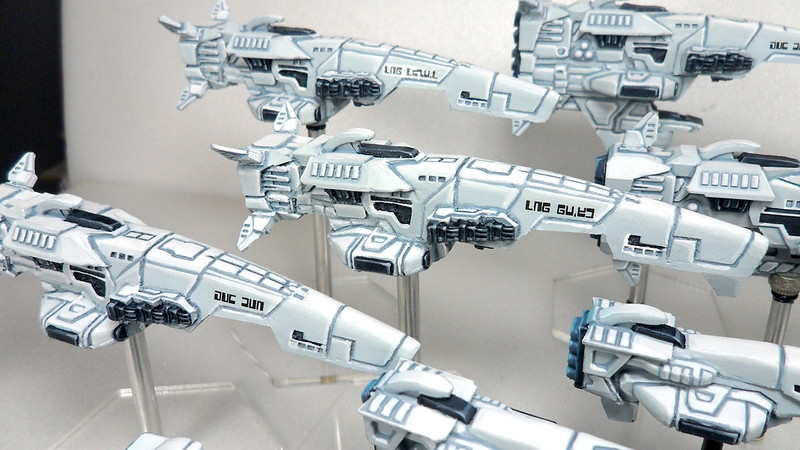 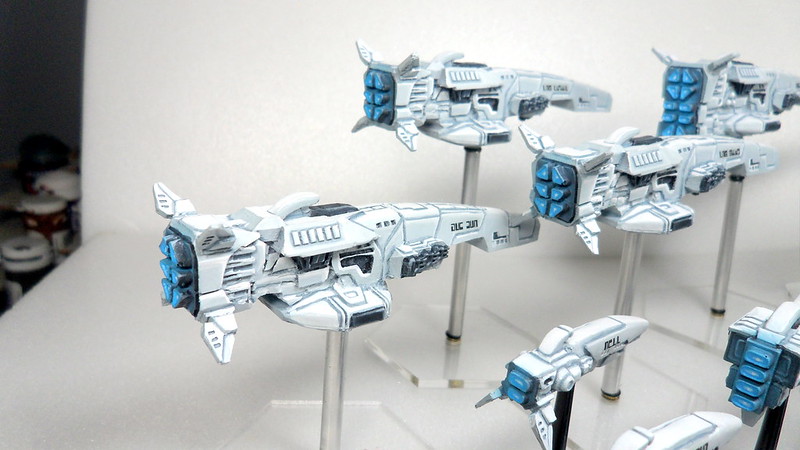 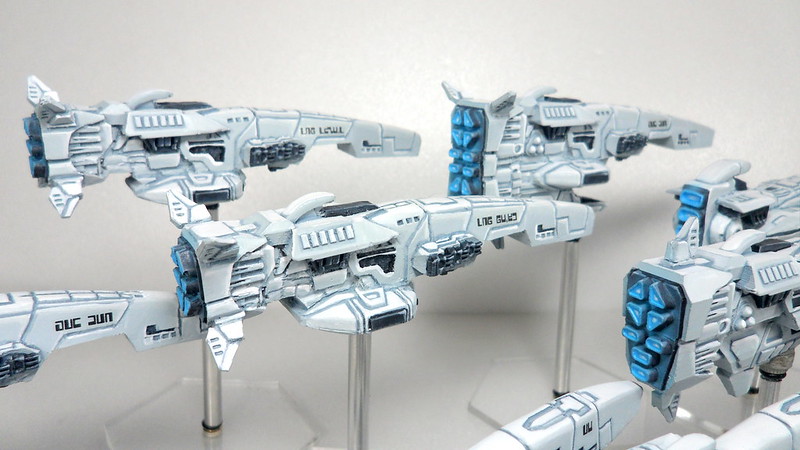 
This cruiser relies heavily on guided missiles to strike havoc on the enemy formations, making them a good addition to a battlegroup. 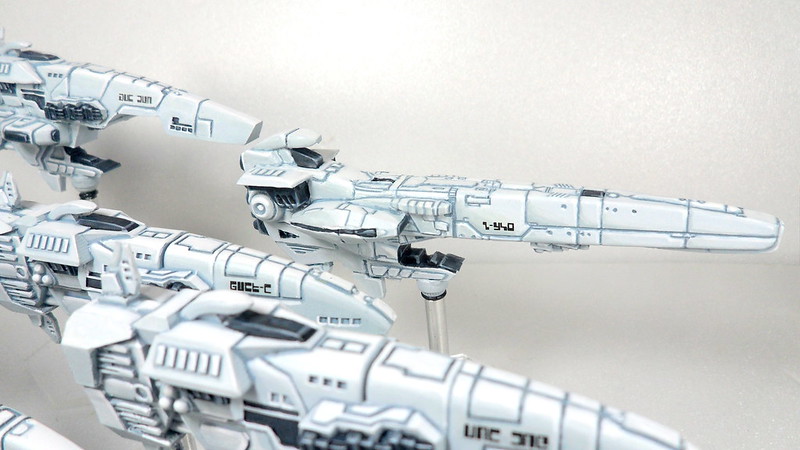 
The largest ship in the navy, the Gan' Talak combines the fighter capability of the Gal' Ethons with the overwhelming firepower of the Gal' Neveg, making it one of the most feared warships in the galaxy. 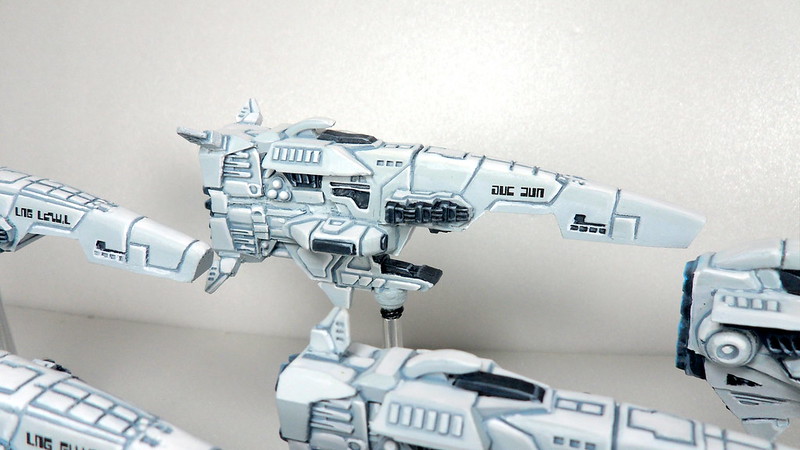 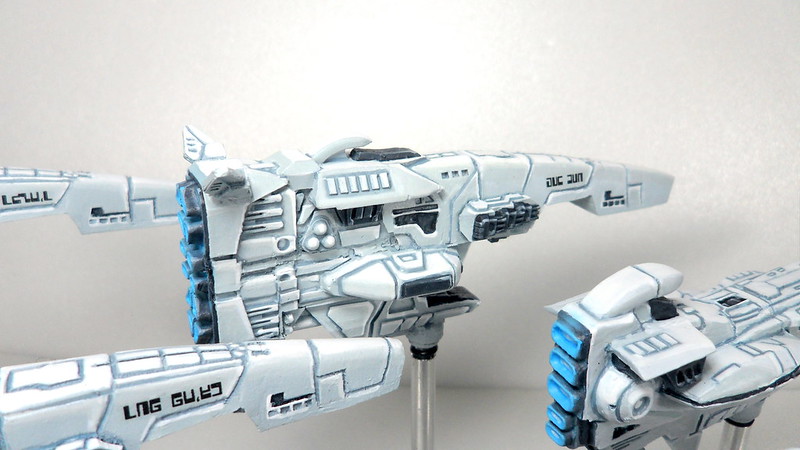 I'm also adding fighters to the fleet (only obvious, since it includes carriers!). I bought some from Studio Bergstrom, to see how they go with the Mauridian designs, and I really like the result, and will be placing an order for a bunch of these next month. 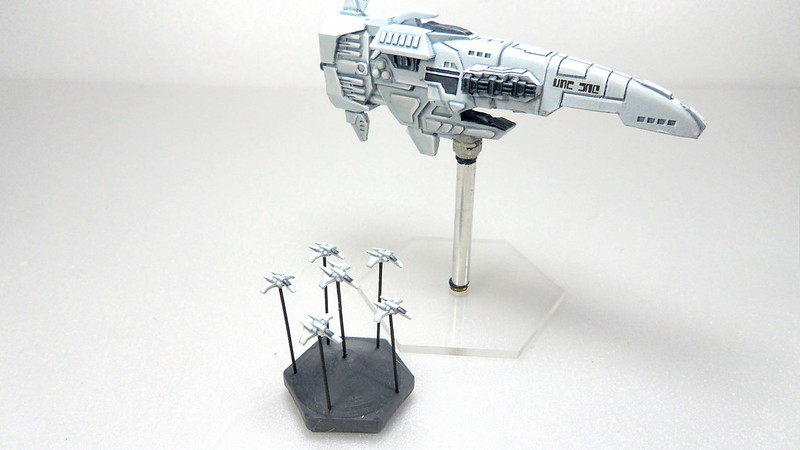 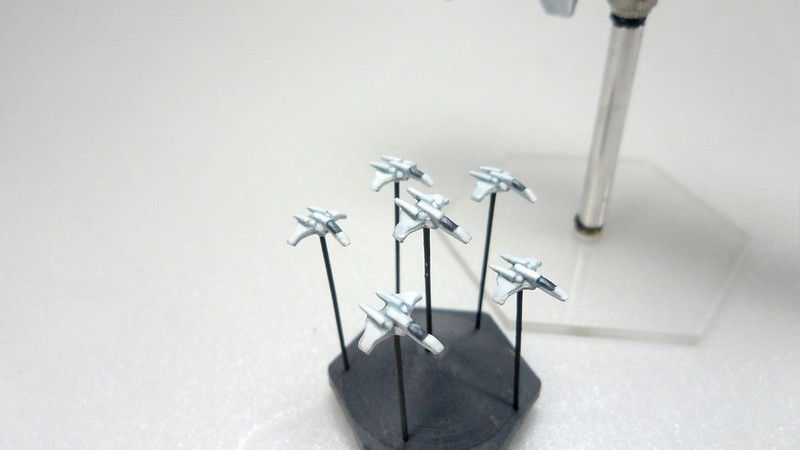 On this last post of the year, I take the opportunity to wish you all fellow gamers and followers of this blog a happy new year, full of new toys and wargaming! I'll see you all on 2017!

Email ThisBlogThis!Share to TwitterShare to FacebookShare to Pinterest
Labels Beyond the Gates of Antares, Pax Stellarum