My Ever Growing Armies

So I back in town after lots of work travels. I'll take this chance to post something again after a long time, and before I'm away at work again...

I mentioned on a previous post that I recently started playing 40k. Well, this is my army of Black Templars so far: 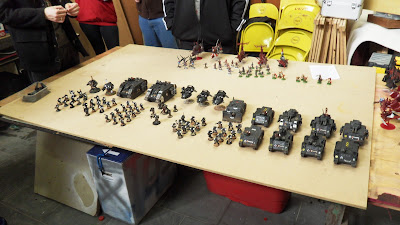 The Army on parade formation 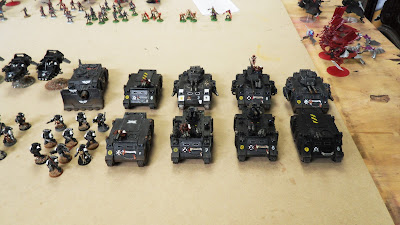 Rhinos, Razorbacks, Predators and a Vindicator 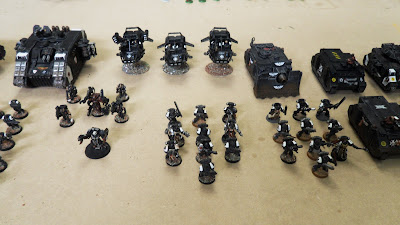 Tactical squads, Chaplain in Terminator Armour and Techmarine with Servitors. Also a Land Speeder squadron and a Land Raider Crusader 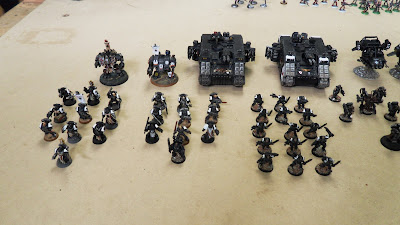 Another Crusader, more tactical squads, some neophytes and two Dreadnoughts, one of them Venerable.

Today I had a game on our club with a fellow gamer. Here is the Dark Eldar army he brought to the table: 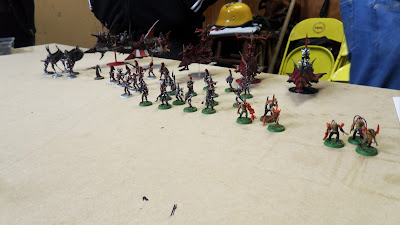 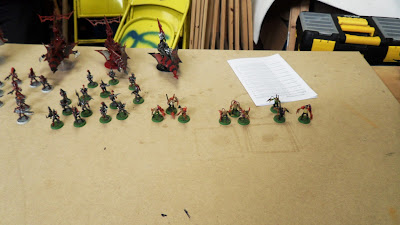 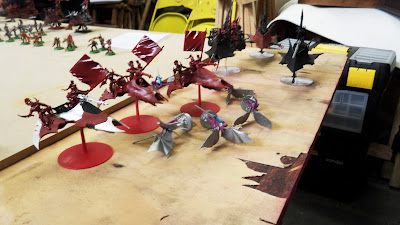 Pardon me for not describing his units, I have no knowledge of Dark Eldar names/classifications. But I do know they can kick some butt... I learned this the worst way today...

I'm also working on my Centauri fleet, and waiting for more ships to arrive. The postal system here just went back from a long strike, and my toys are all delayed...

I hope to be able to post again soon. Keep watch!

*End of Transmission*
Posted by Matgc at 4:53 PM No comments: