I painted this unit of Heavy Dragoons from Waterloo 1815 to see how I liked them, compared to the Hat models. These are definitely better sculpts, but I knew from the Plastic Soldier Review that their detail was not very crisp, so I feared they might not paint up very well.

In the end I quite liked the result, and will be getting a lot more of these guys for additional regiments for the British. My main complaint about them is the brittle plastic. Quite a few parts were broken on the box, a few others snapped on handling, so there was some gluing and fixing involved here. 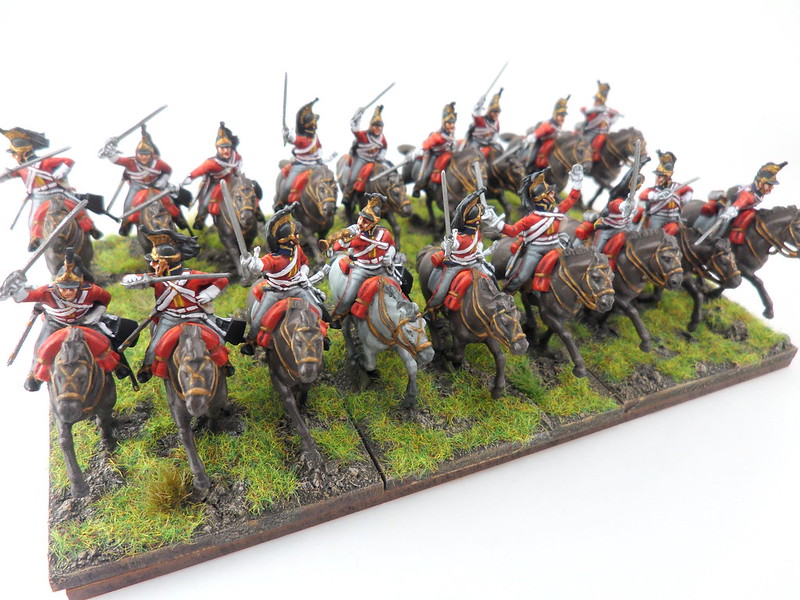 One corversion I did was giving the wounded  rider a sword. I believe his stance is supposed to represent him falling foward, as his horse ducks, but by giving him a sword I think he passes well for a rider urging his comrades forward (he's the 6th guy from left to right, front rank). 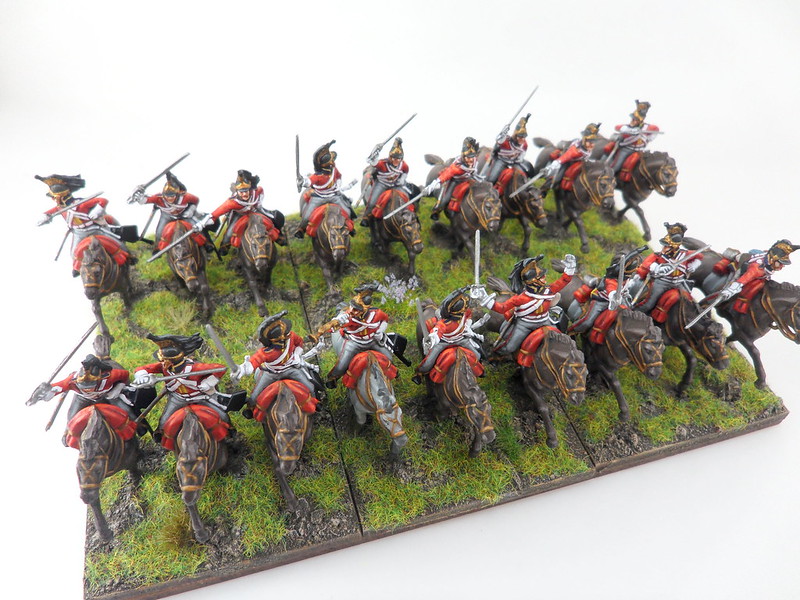 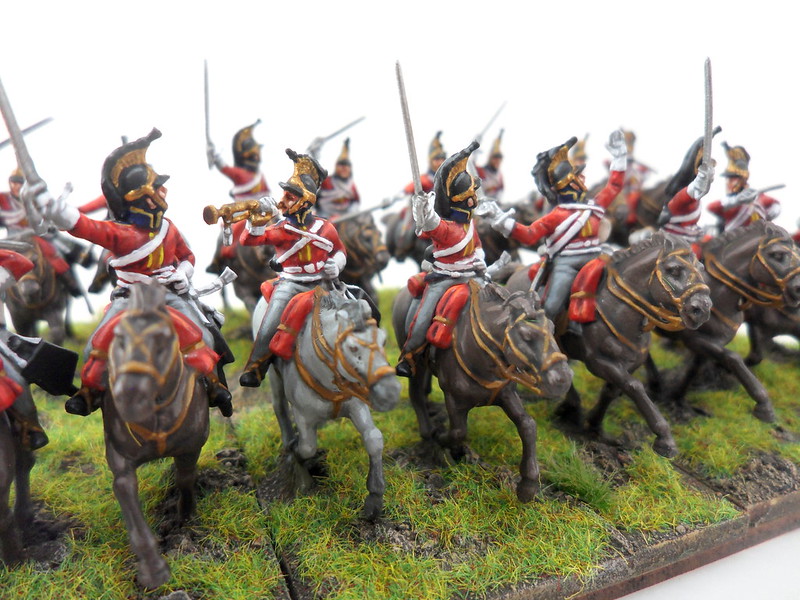 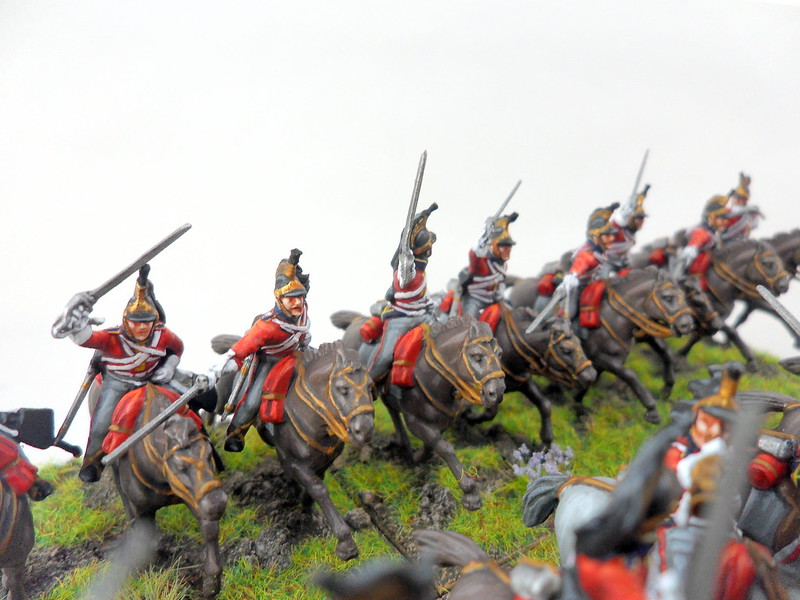 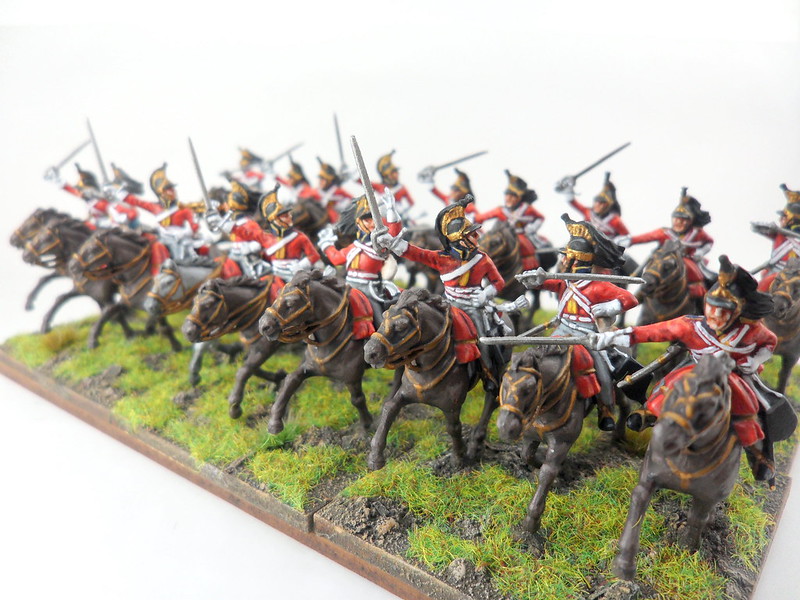 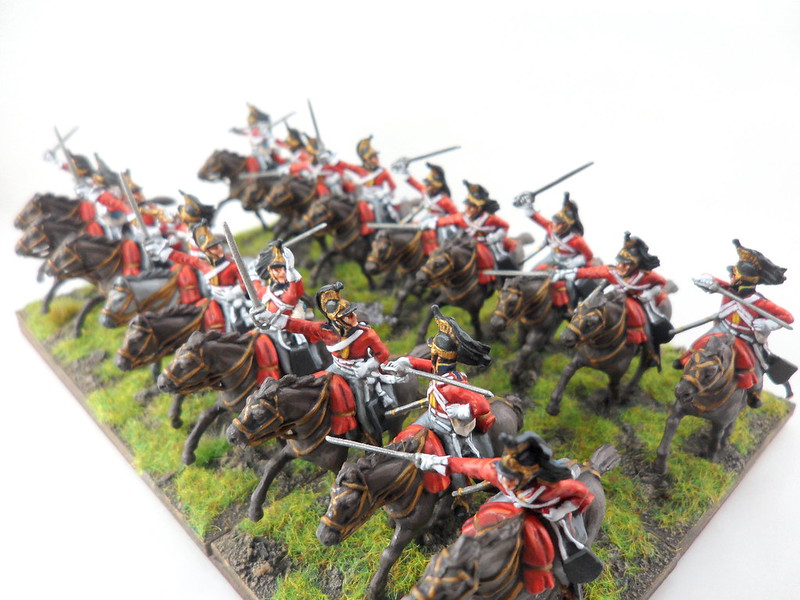 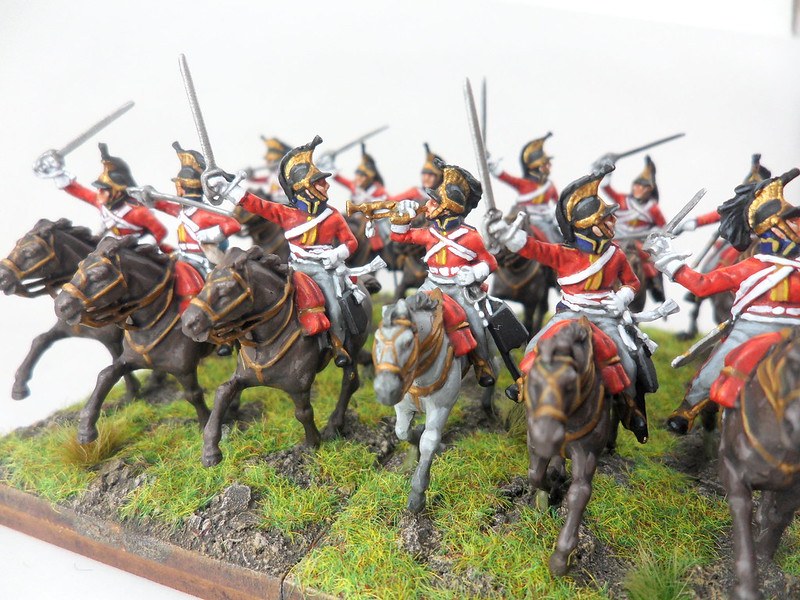 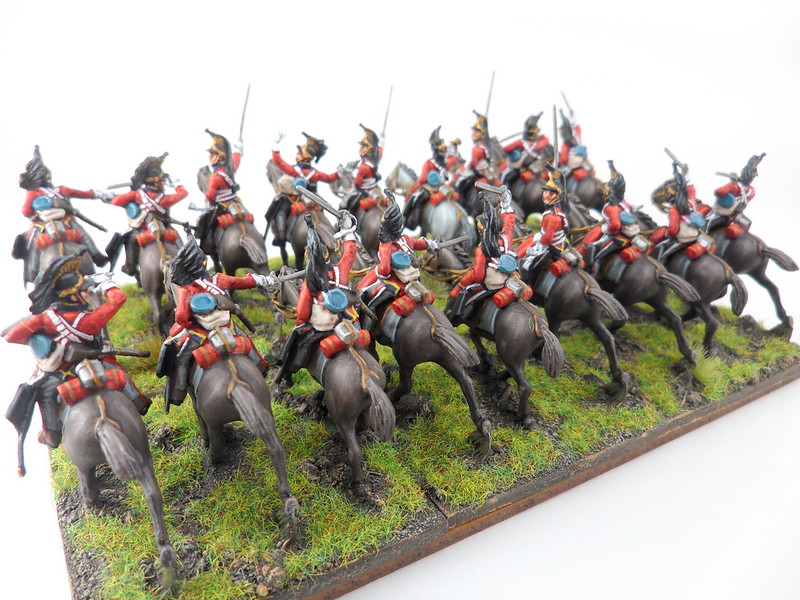 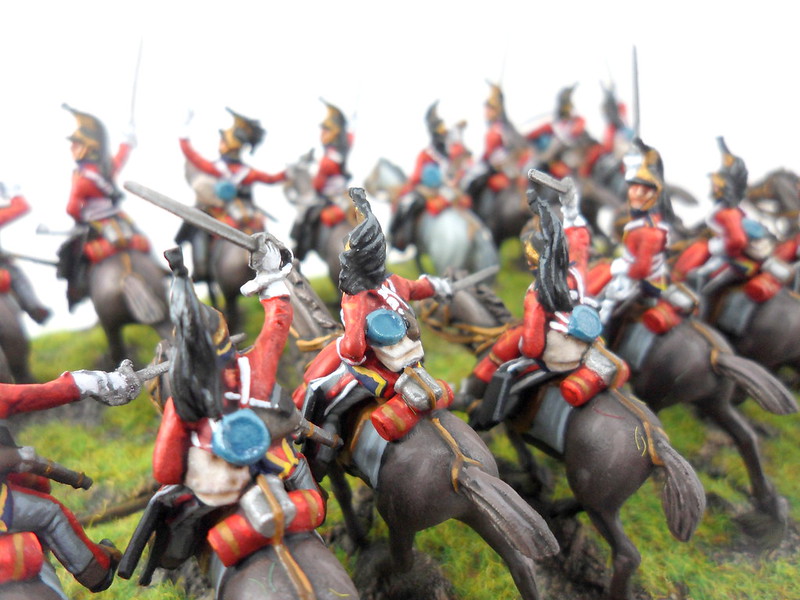 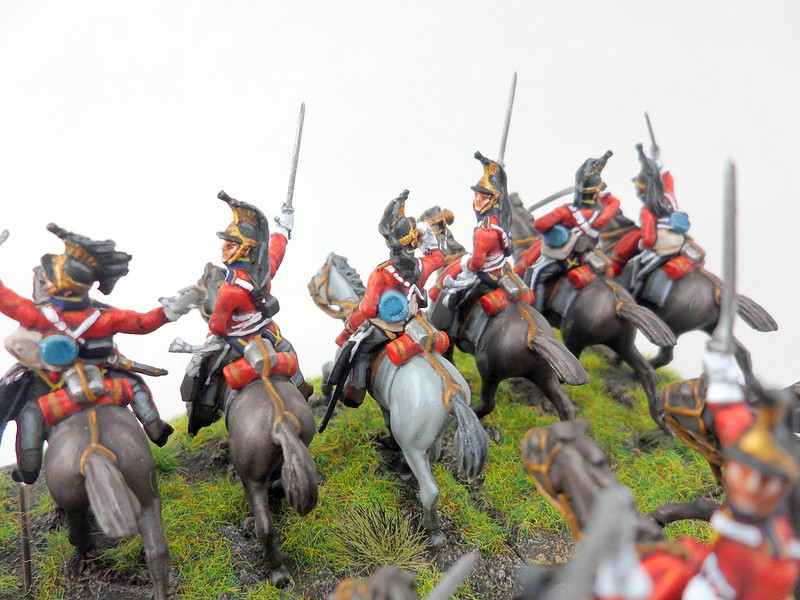 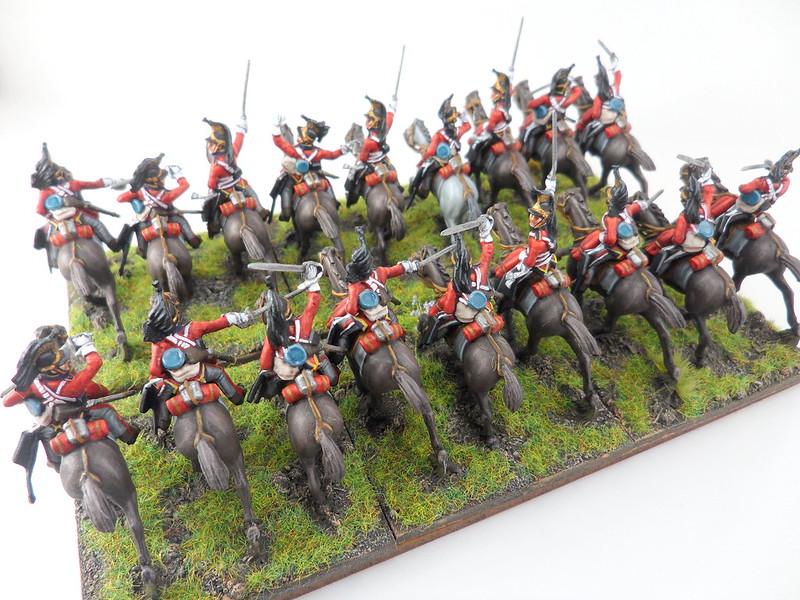 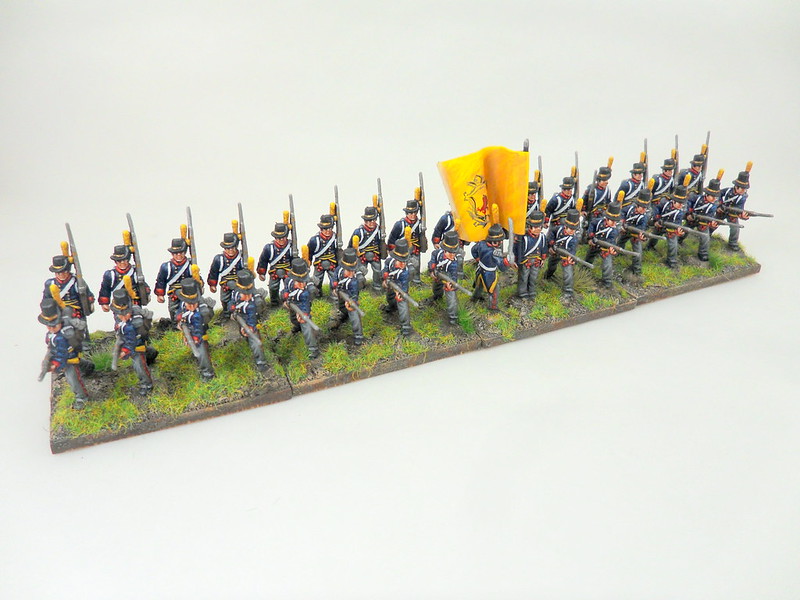 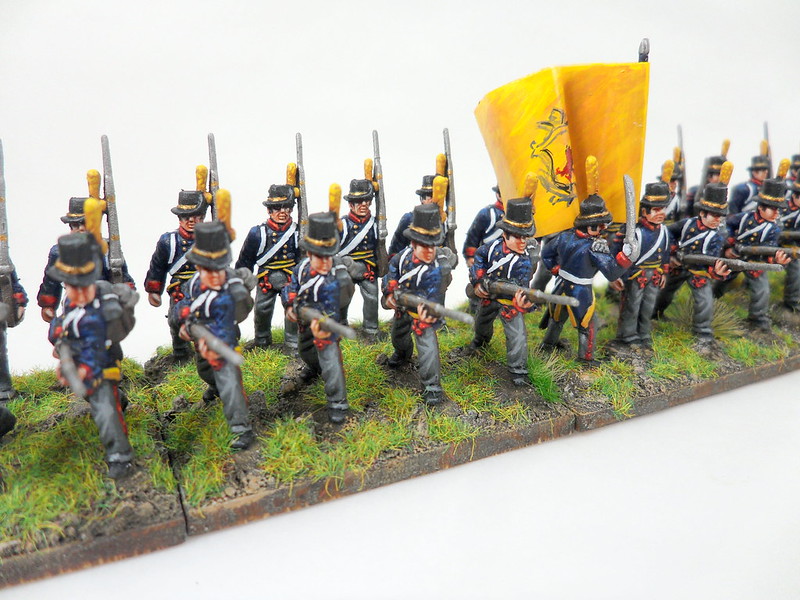 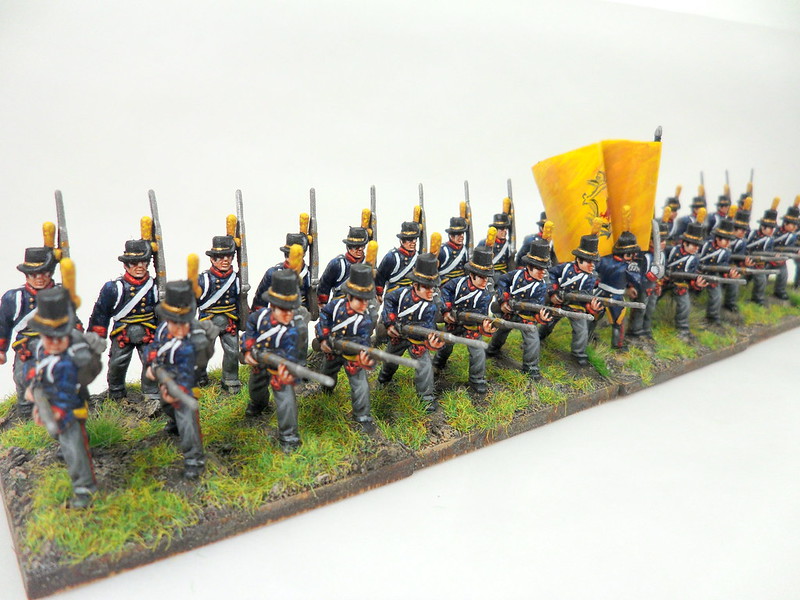 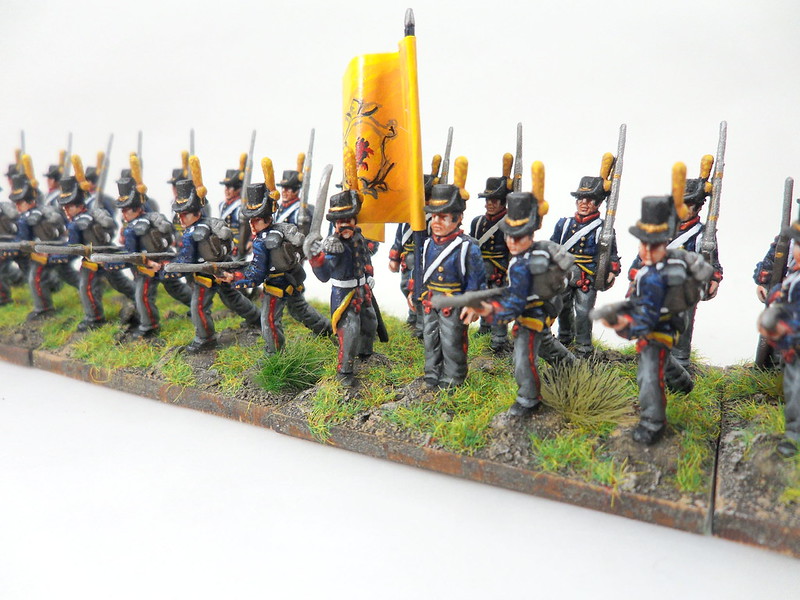 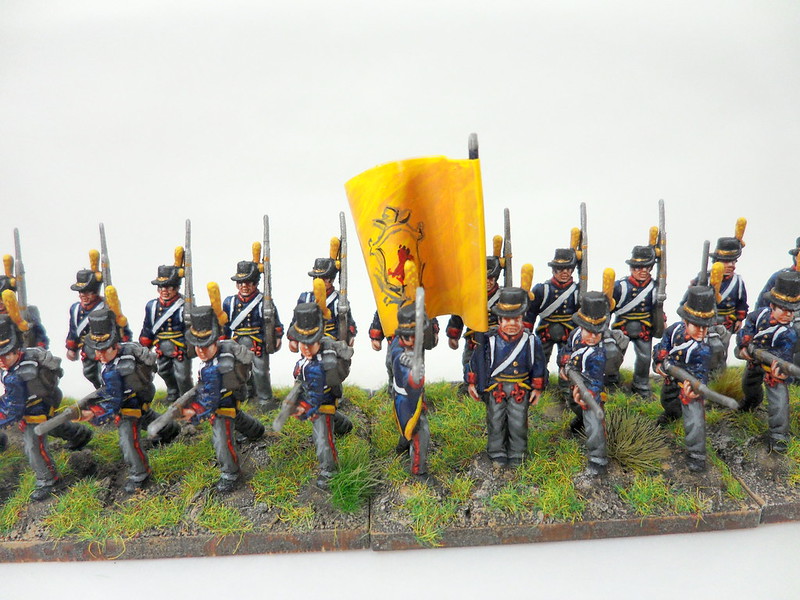 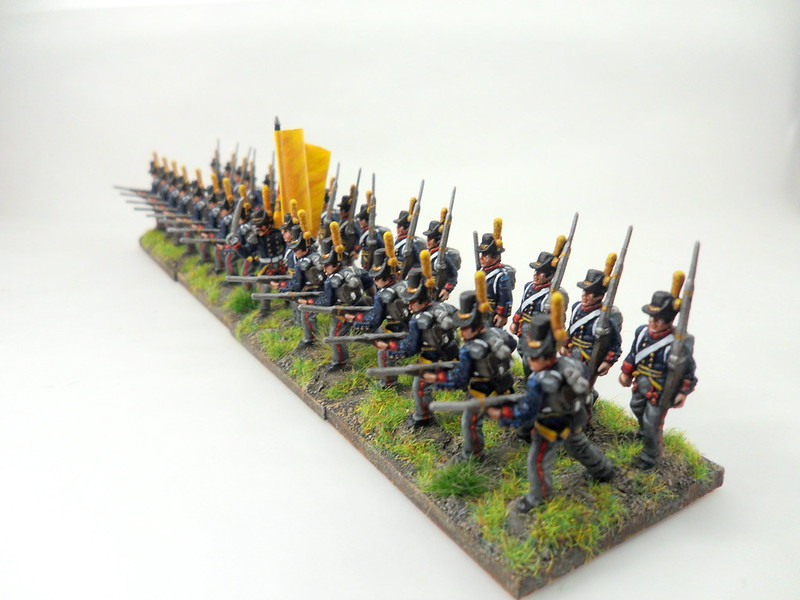 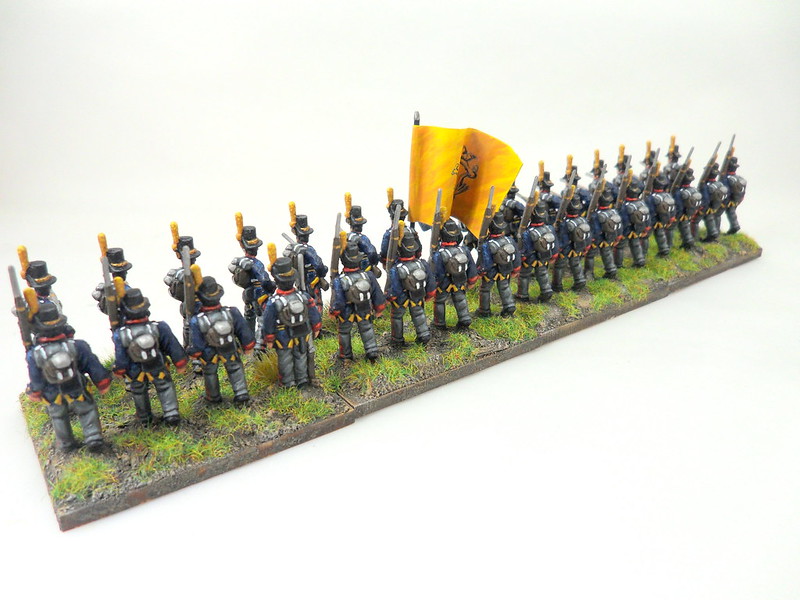 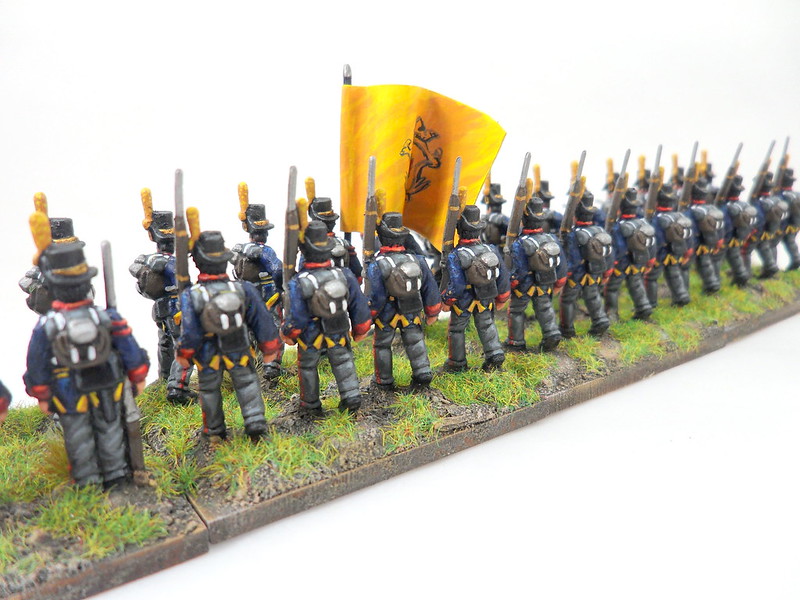 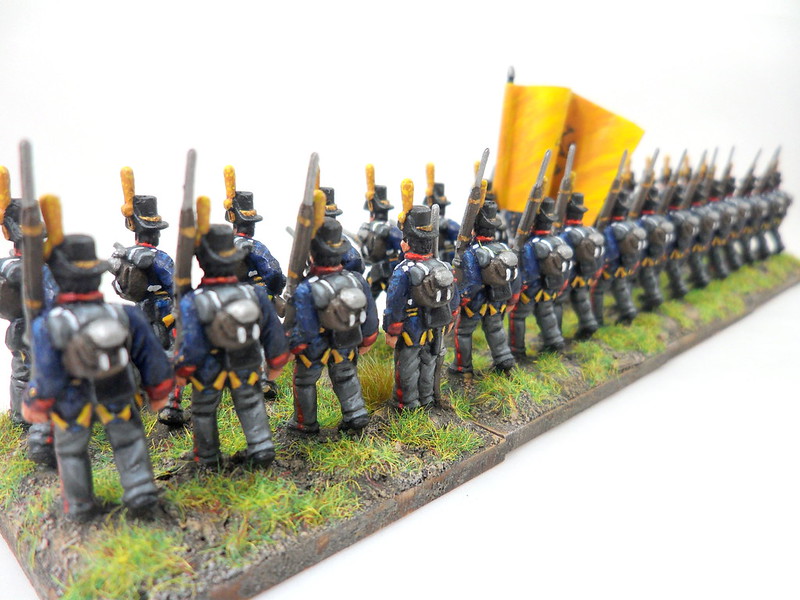 The last unit of cavalry for the Swedish army is painted, the Lifeguards: 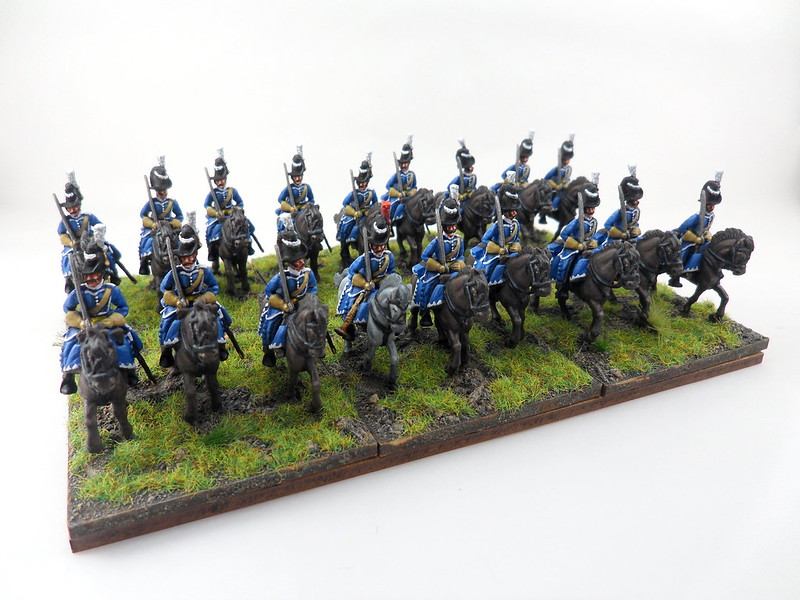 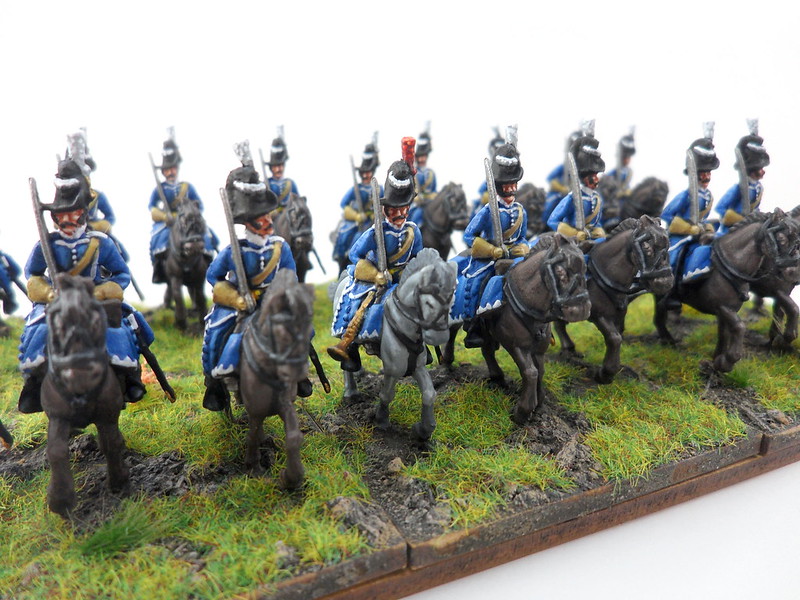 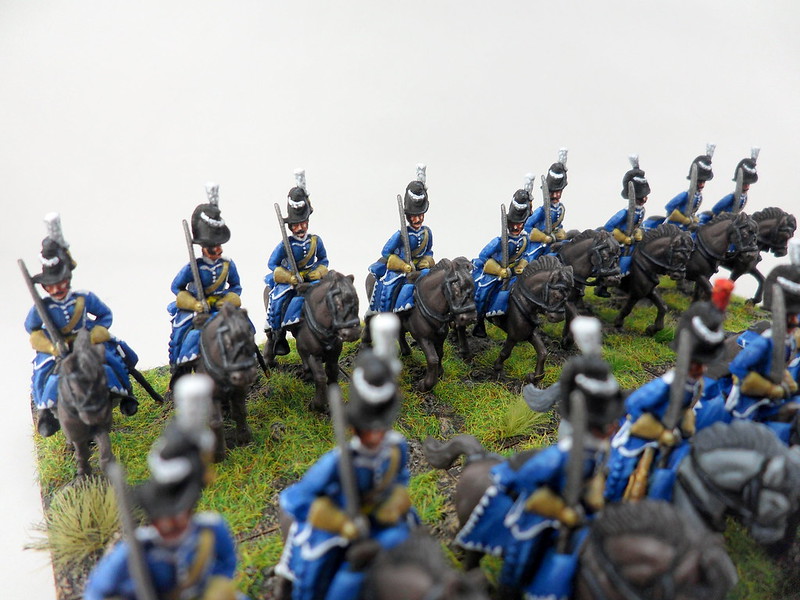 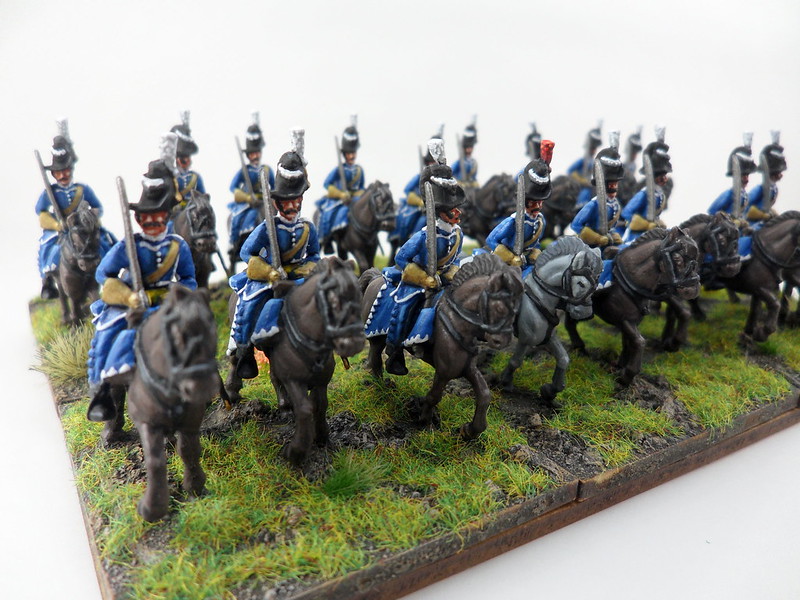 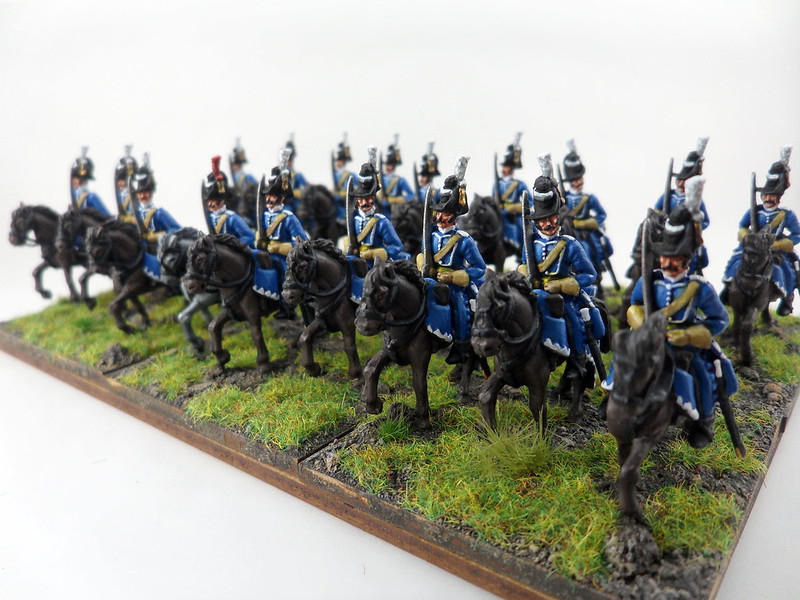 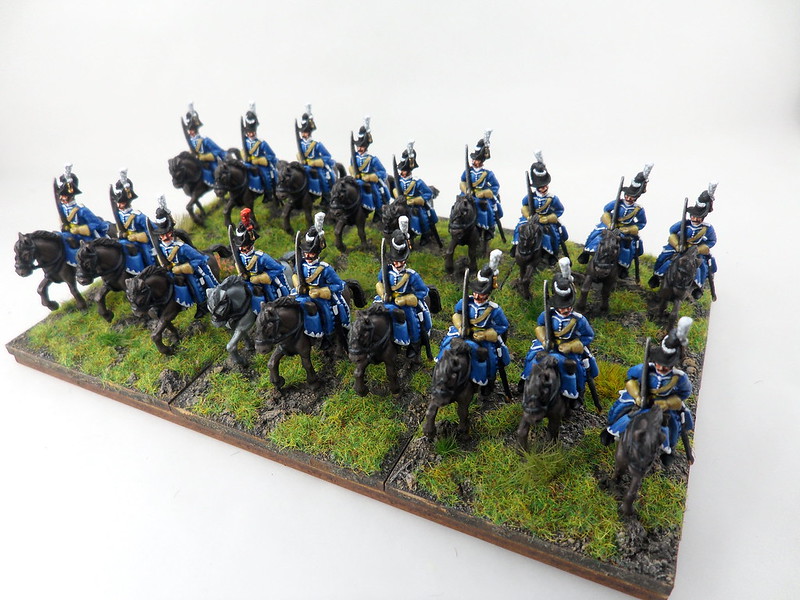 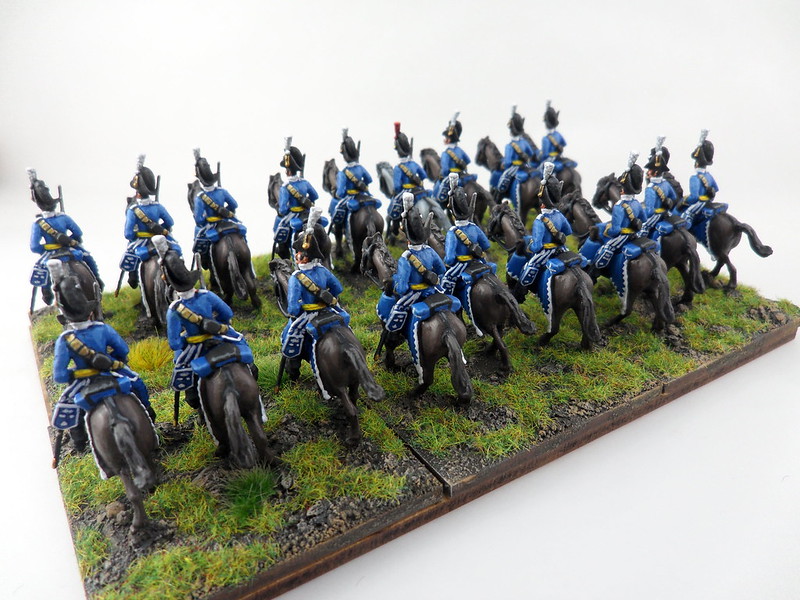 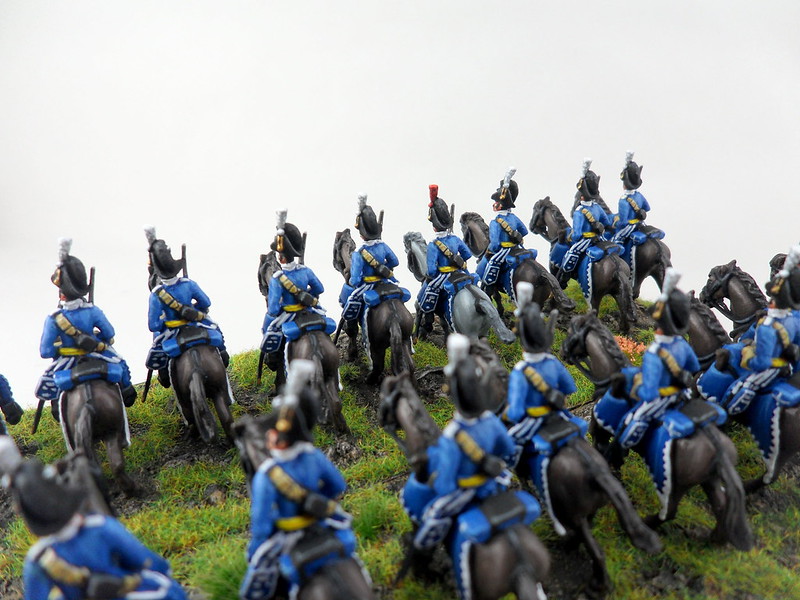