We had a hobby contest in our gaming club last weekend, with various categories such as best painted model, best painted vehicle, etc. I participated with my napoleonic russian army, competing for the 'best painted army' and they were voted the winners of that category, which had two other excelent competitors - a Warhammer 40k Tau force and a Lord of the Rings army.

Here are some pics of of the competitors in the event. 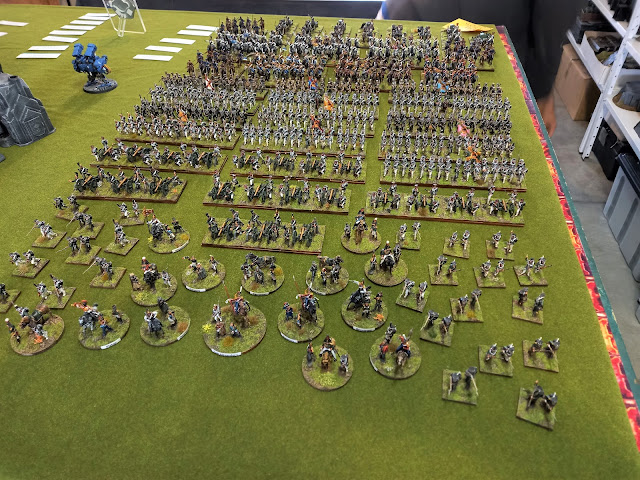 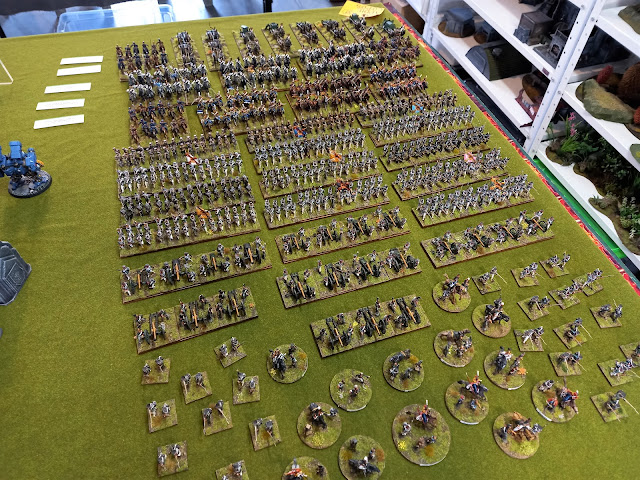 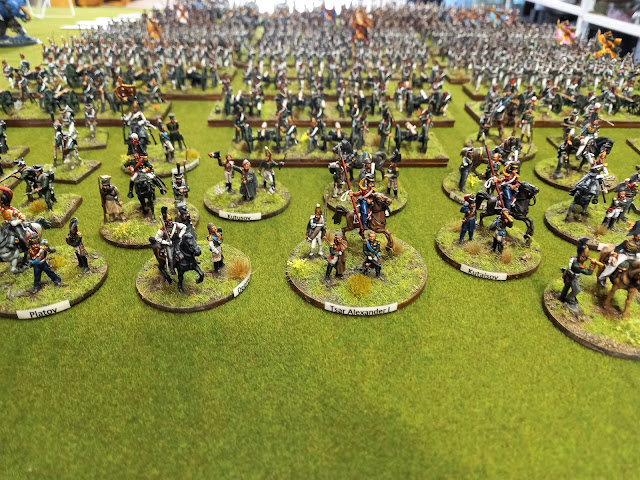 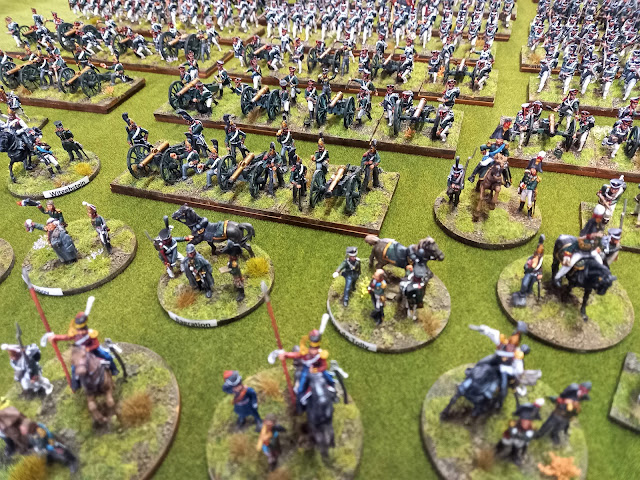 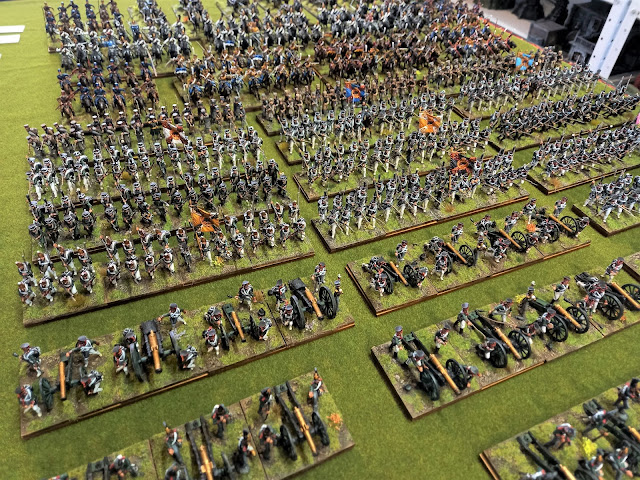 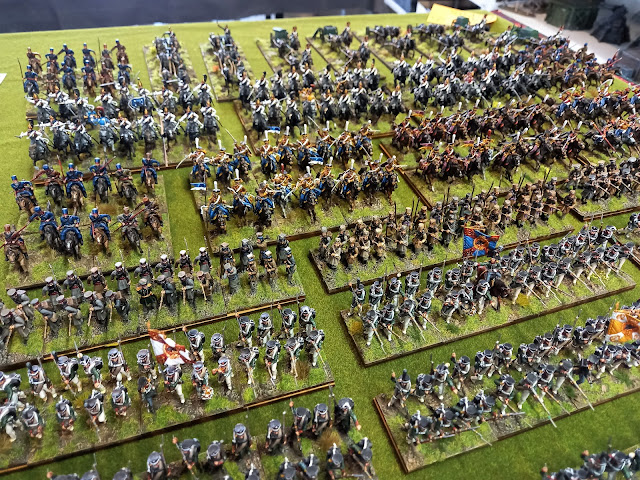 And here is the table with all the runners for the title of best painted army: 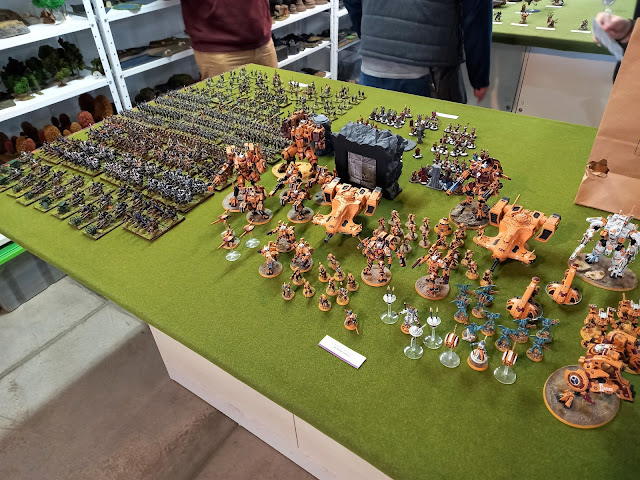 Below, some pics of other categories in the competition. Such beautiful brushworks there, especially from some recent, very talented members of the club: 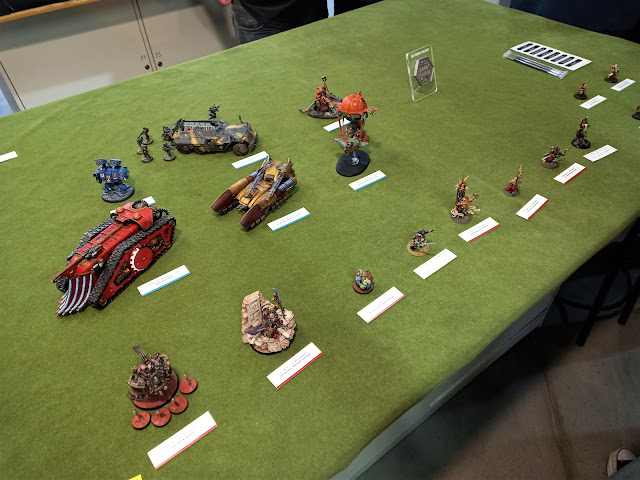 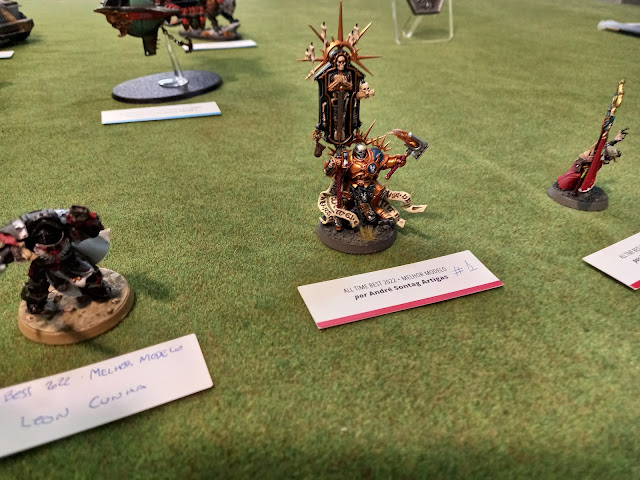 I also competed in the category of best painted large model with the vehicle below (the infantry squad was joining in to help set the scene), but no title for me there, competition was fierce, with some awesome vehicles in display! 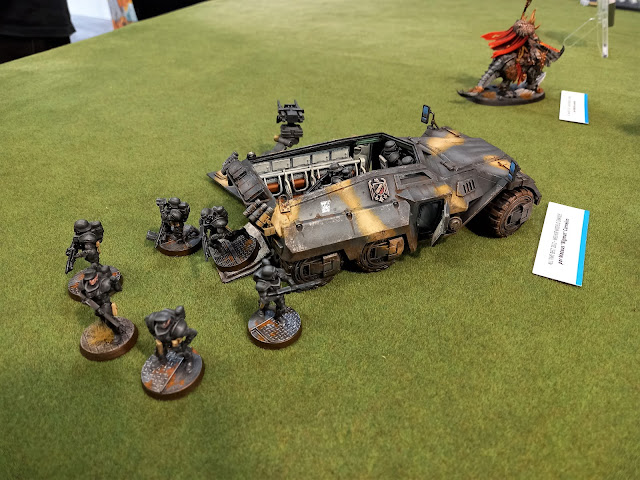 In all, it was a fun day and a nice occasion to get one of my napoleonic armies fully assembled for display - these large collections make for such a nice sight on the table, after all!
Posted by Matgc at 11:22 AM 3 comments:

Here are 4 batteries of Prussian Foot Artillery I just finished. Those are Hat Industries models - one of their older kits, not particularly inspiring sculpts, but they look good with a proper paint job and a nice basing, I think.

The observant eyes will notice that I gave them distinct sholder strap colors, so to distinguish them by their Brigade (white for the 1st Artillery Brigade, scarlet for the 2nd, yellow for the 3rd), thus making them pre-1814 regulation.

Now the challenge will be coming up with horse artillery for the prussians, as there are not options in 1/72 I know of. I might have to do some converting on aditional kits of those foot artillery models. 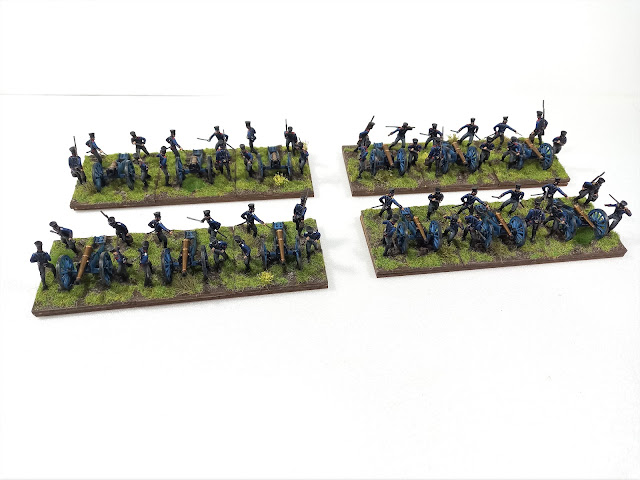 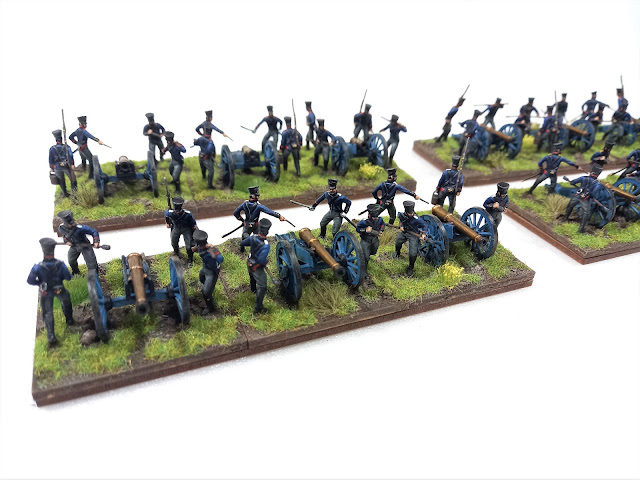 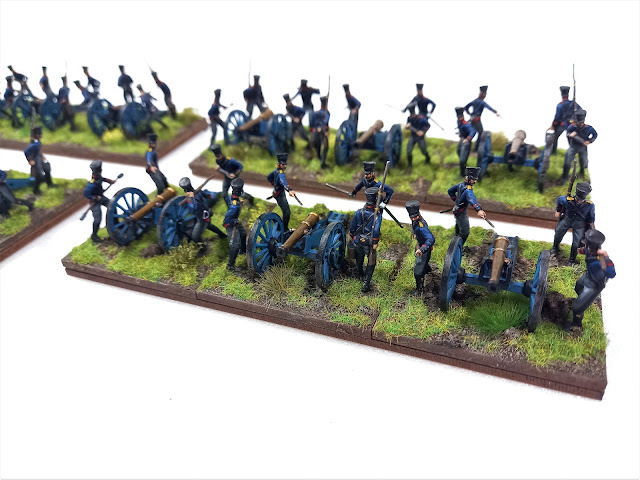 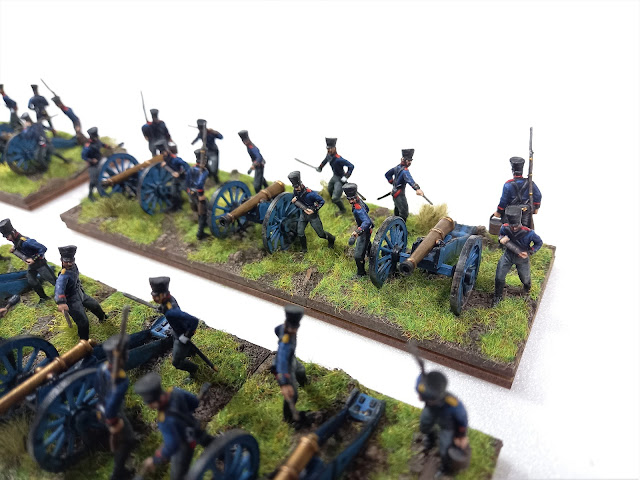 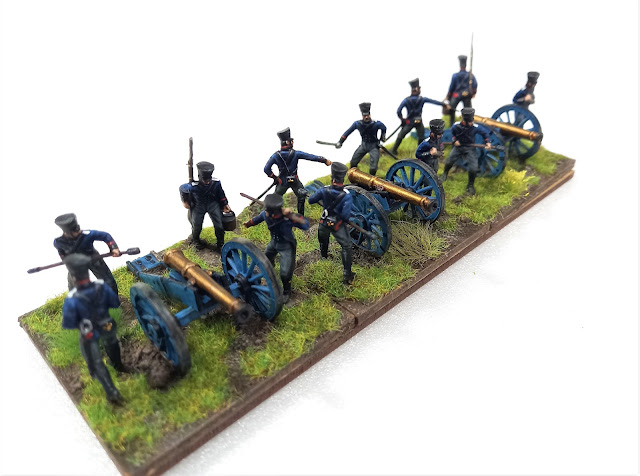 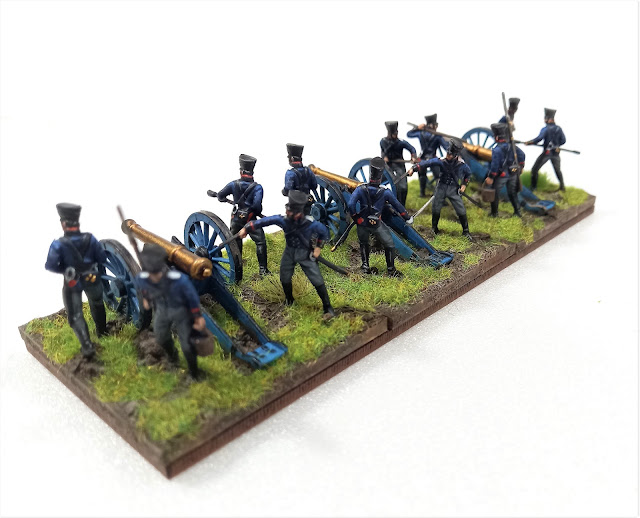 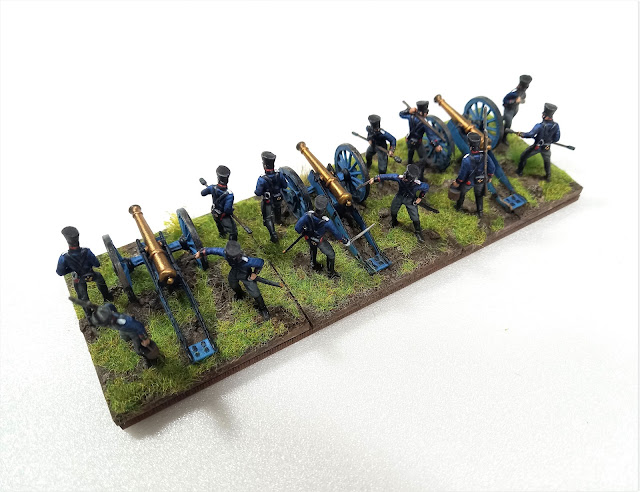 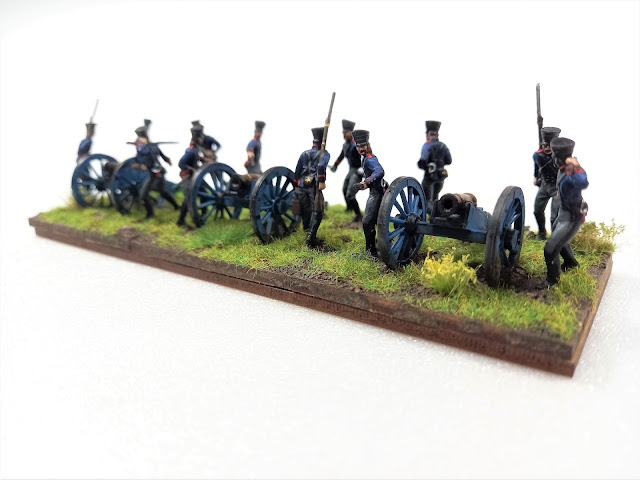 Here are my first napoleonic units painted in a (long!) while. These guys have been sitting half-painted on my shelves for about 2 years!

They are from the Italeri Prussian Light Cavalry set - though dragoons were not light cavalry, so no idea why Italeri named them so. But the real issue with this set was the horrible horses, so I used the ones from the early prussian cuirassiers set, instead.

The first regiment of prussian dragoons I painted is the 1st West Prussians (2nd Reg. of Dragoons). For this unit I picked the standing to order models on the set, so to make the unit more uniform, as the other poses in the box were all very active, and I combined them in another regiment.

In order to give these models some distinction, I cut and repositioned some of the heads, so that some are facing forward, while others are looking to either side. 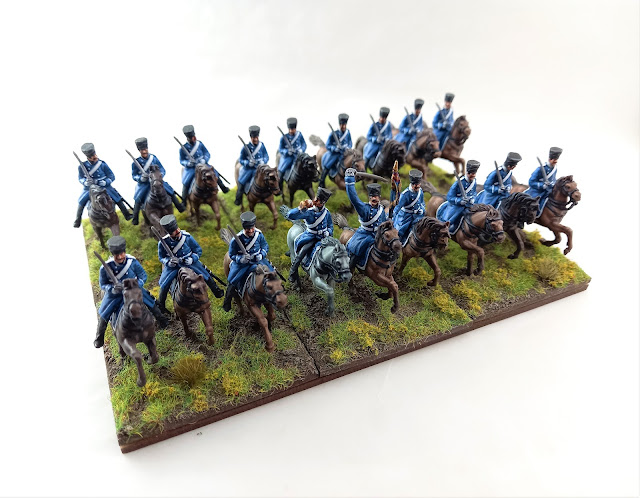 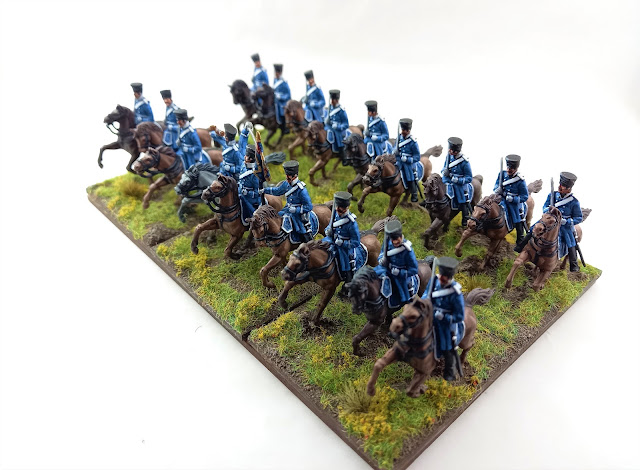 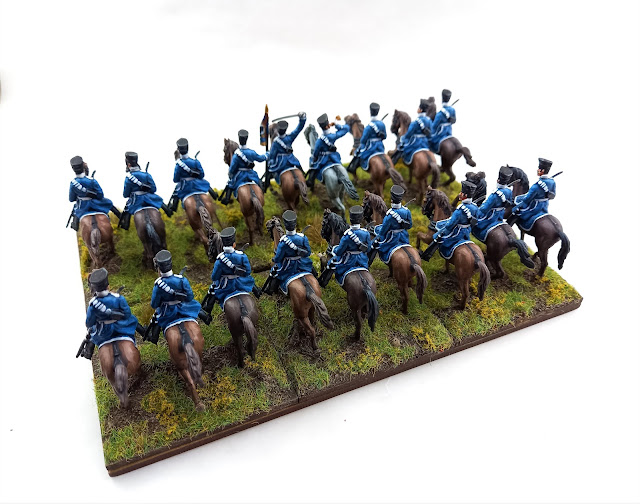 For my second unit of prussian dragoons, I went with red facings and white buttoms, which makes them the 4th Reg. of Dragoons: The 2nd West Prussians. 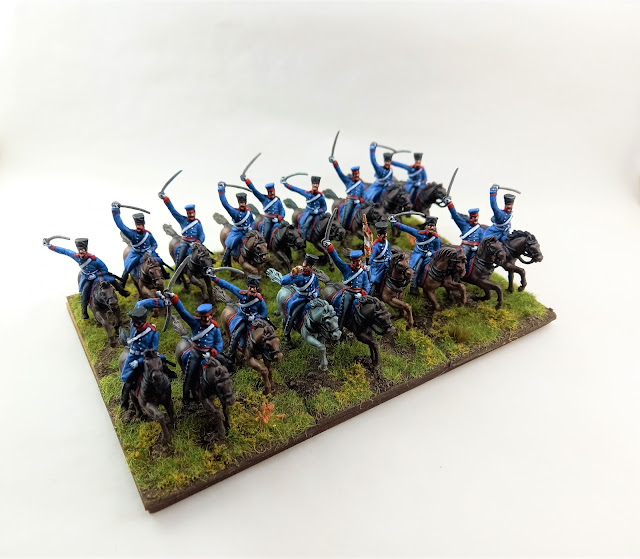 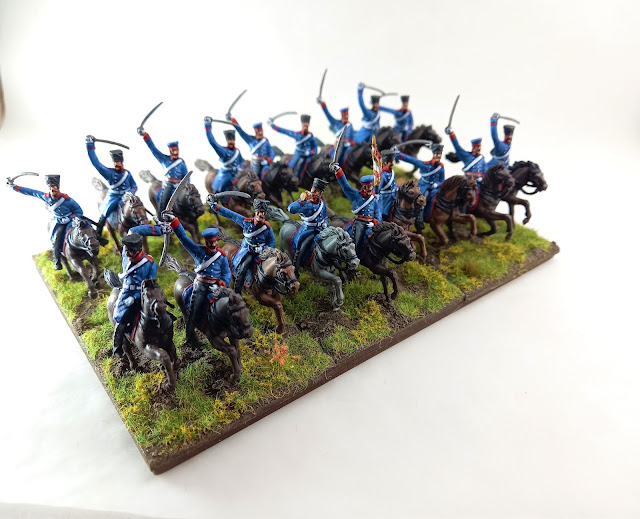 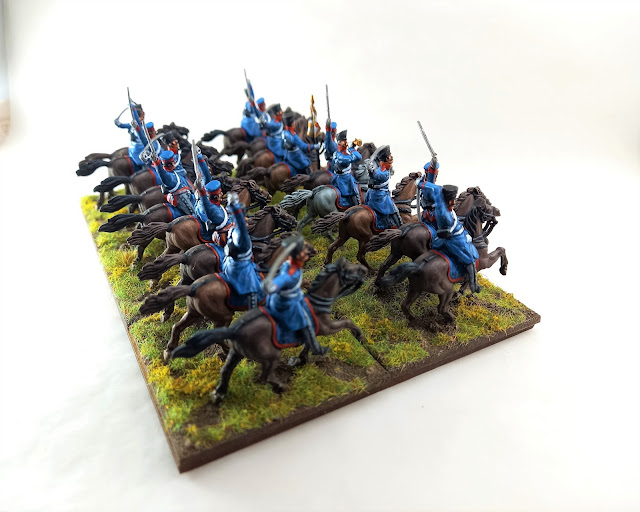 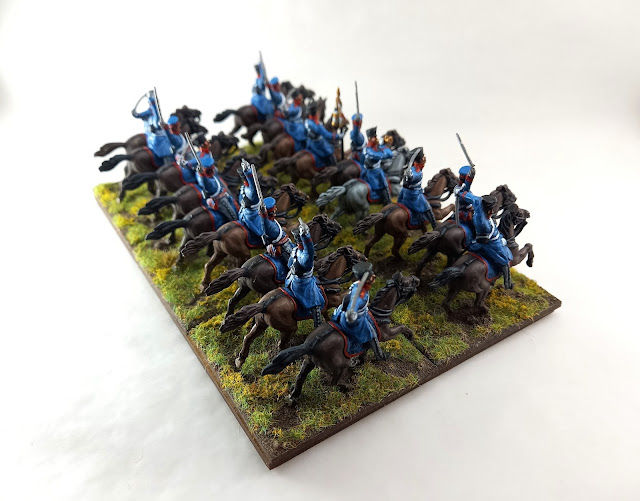 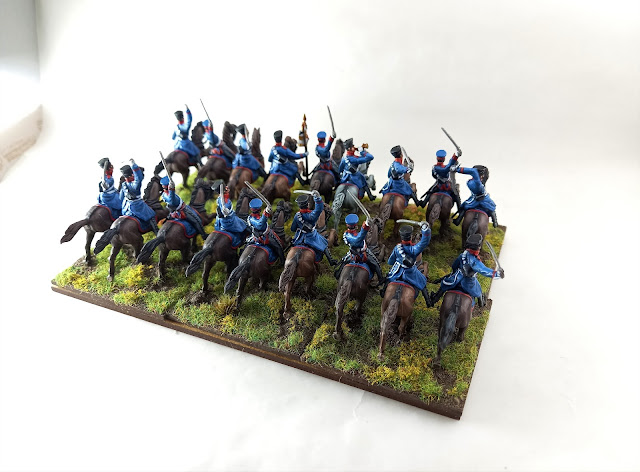