My second battalion of Wurttembergers, this time the 4th Regiment, with their striking pink facings: 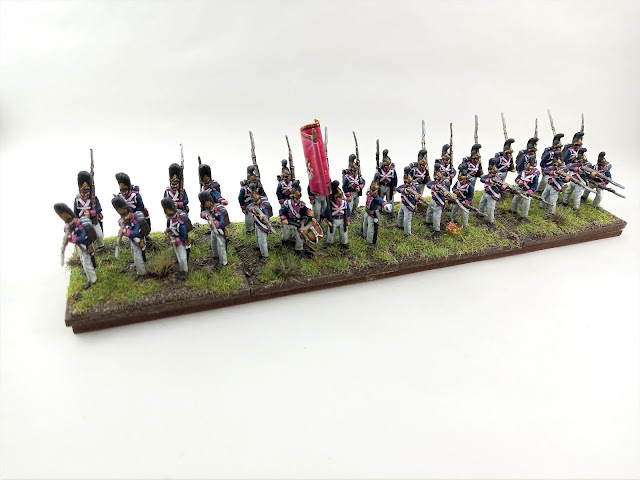 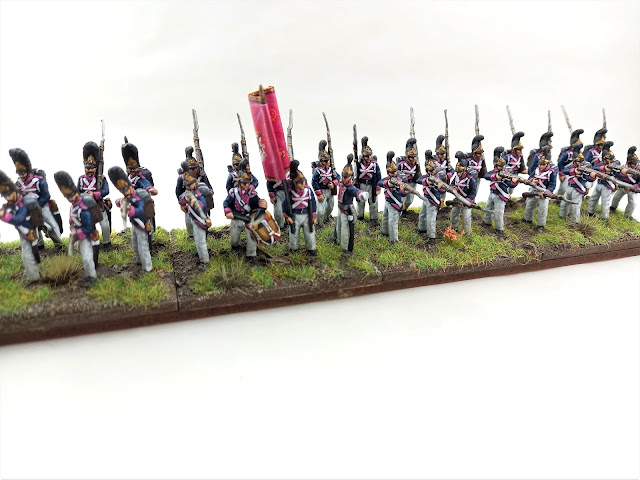 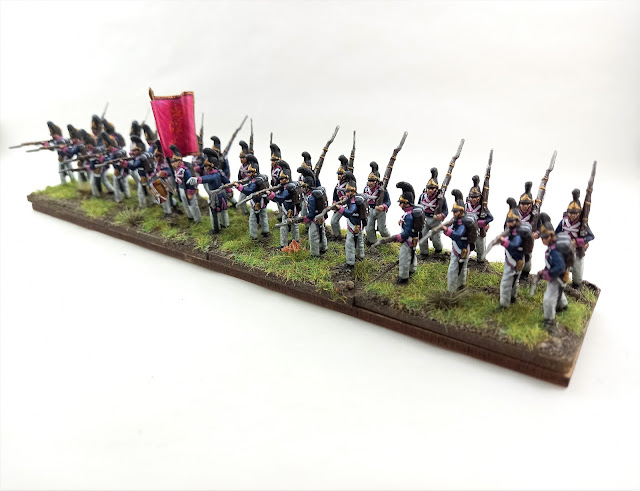 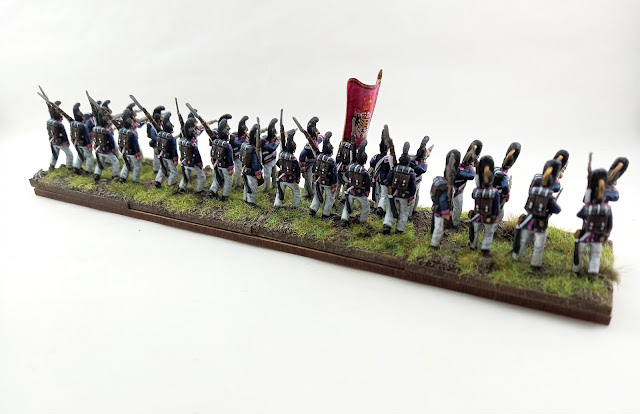 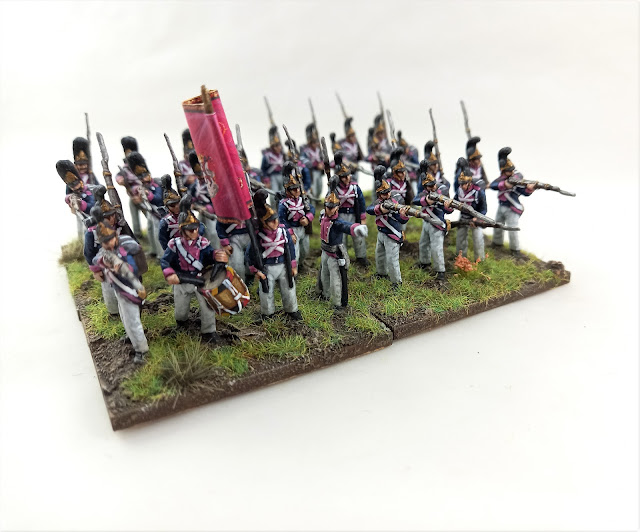 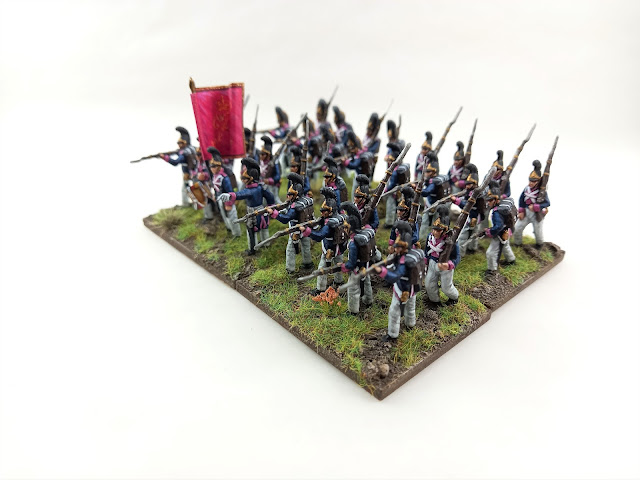 I took a little pause from the Prussians to start working on the Wurttembergers, as I plan on having some german brigades to add to my French army, so to give them more flavor. First off is the second infantry regiment, Herzog Wilhelm.

These are from the Hat Industries Wurttemberg Infantry set, which I chose to paint on the early uniform pattern, where their lapels were also on the facing color - I think they look more spectacular this way! The colour bearer is a conversion, since the set didn't have such model, and his flag is from Warflag, with some touch up and highlights to give it depth and shadow. 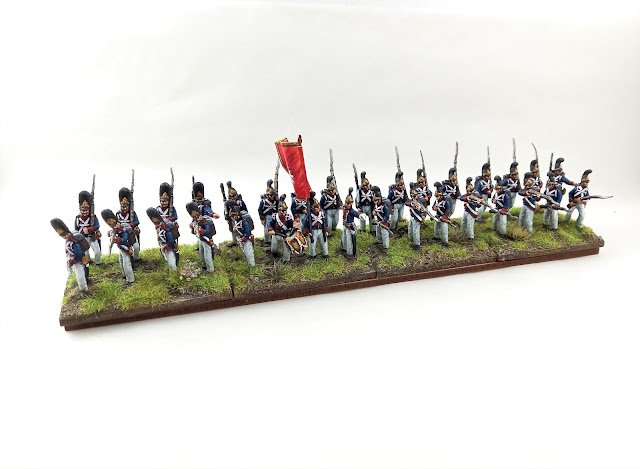 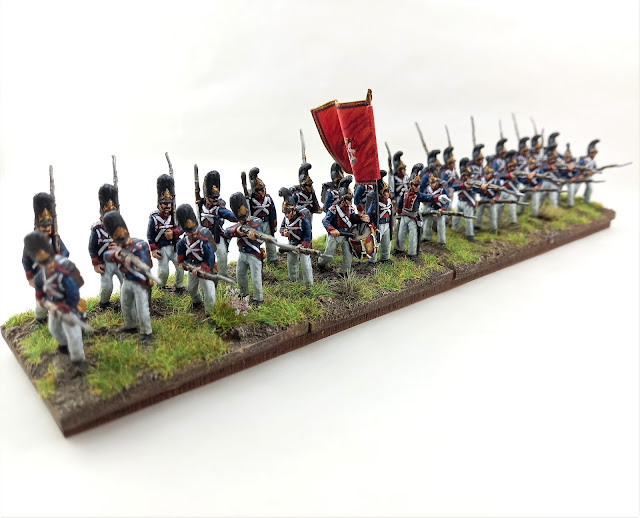 Before their reorganization to mirror the French regiments' disposition, the Wurttemberg regiments had 2 battalions of 4 companies each - the first battalion had 1 company of grenadiers and 3 of musketeers, while the second battalion had 4 musketeer companies.

My plan is to paint the first battalion of 4 different regiments, and since my infantry units are based on 4 stands, this will be perfect for my Wurttembergers, as it'll allow me to have a full base of grenadiers per battalion, so during games I can combine them on the field. 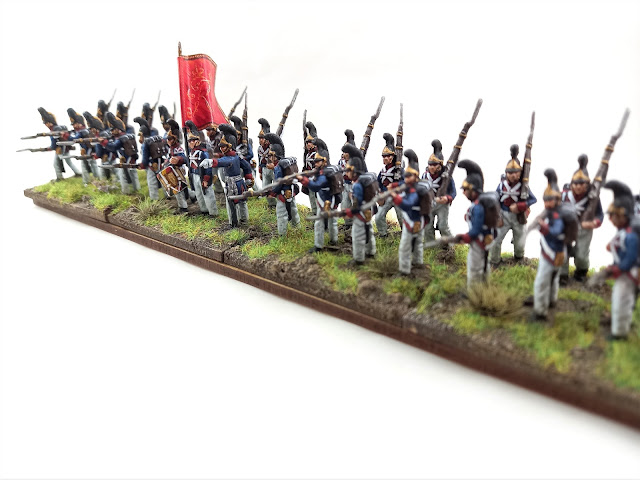 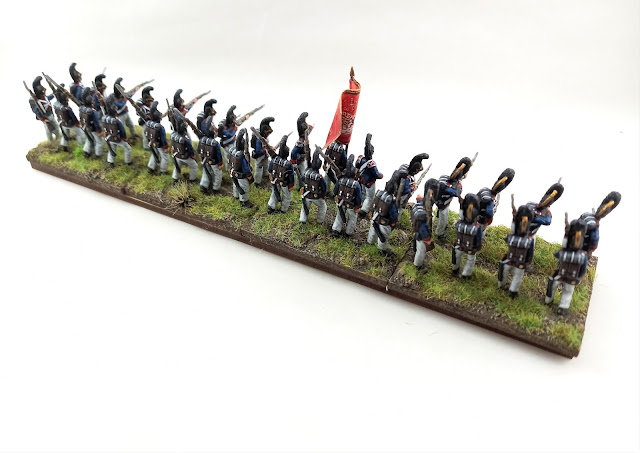 The unit in assault column: 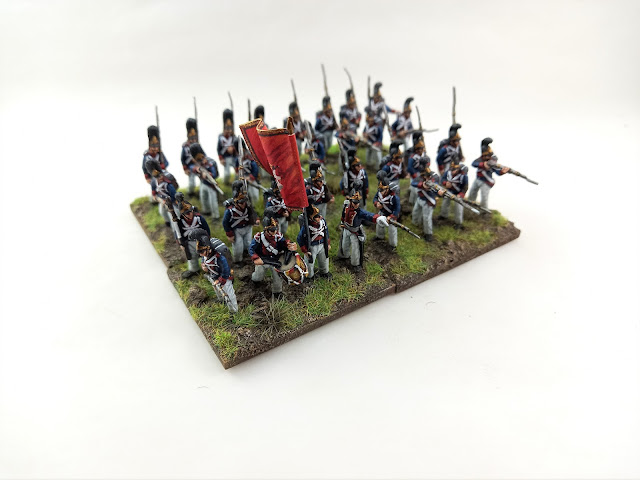 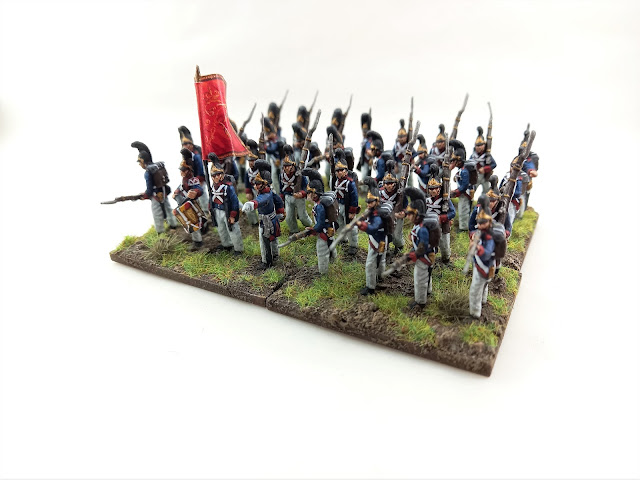 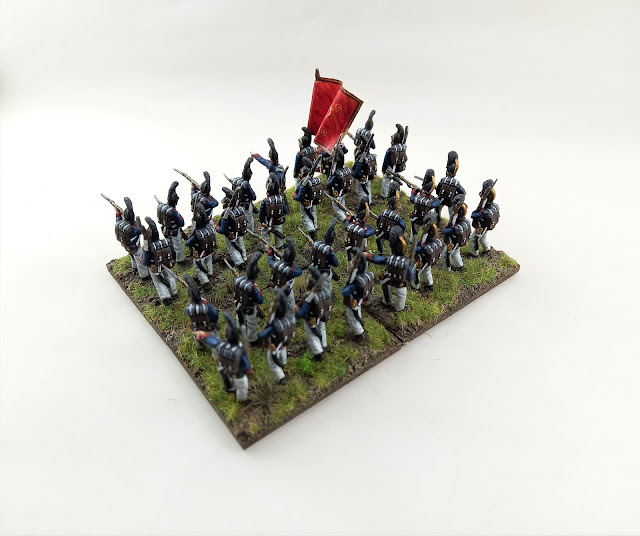 More Silesians painted, this time a battalion of fusiliers, with a number of skirmish bases, as their role requires. 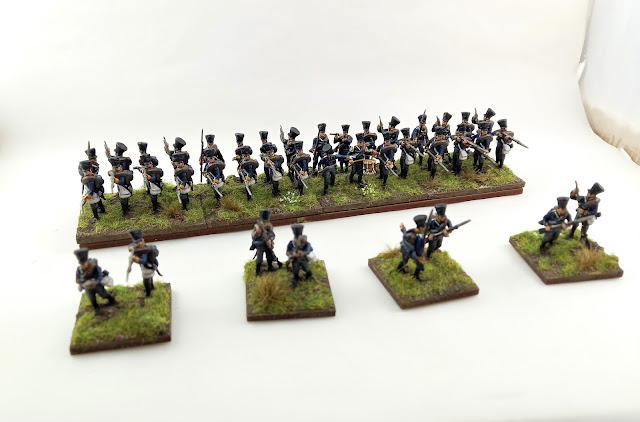 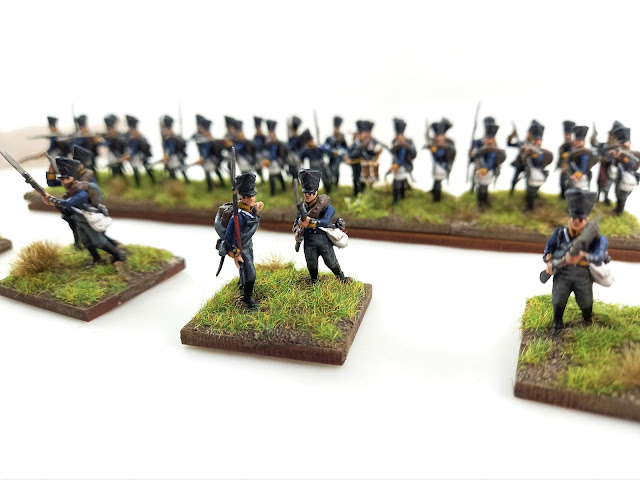 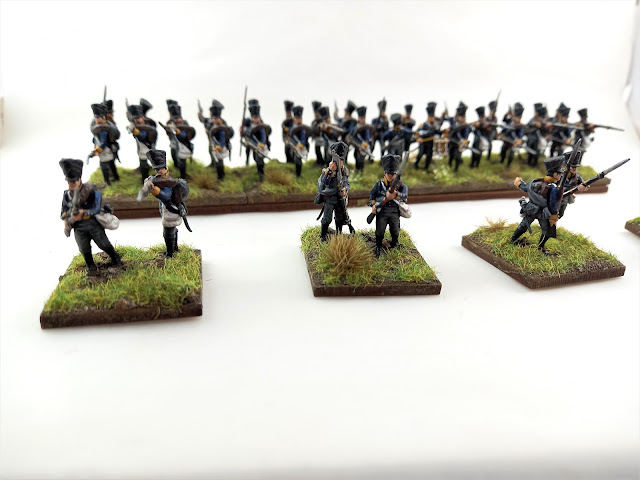 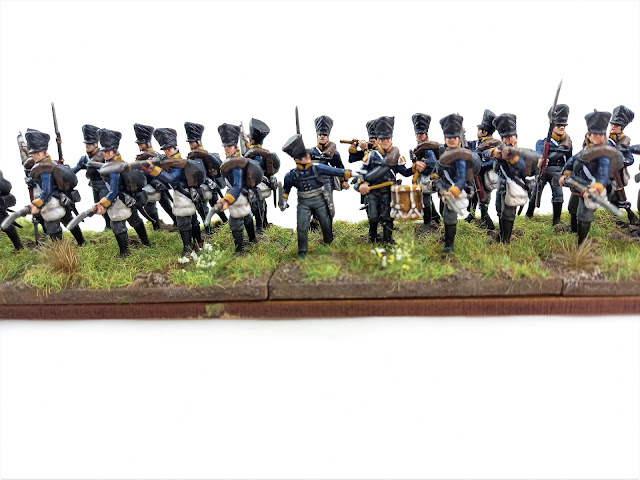 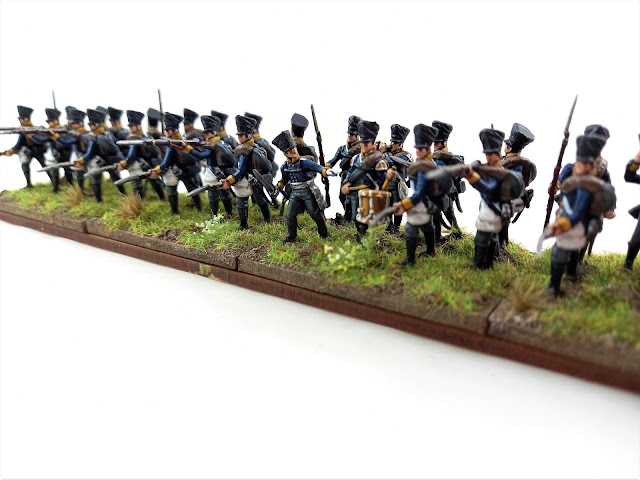 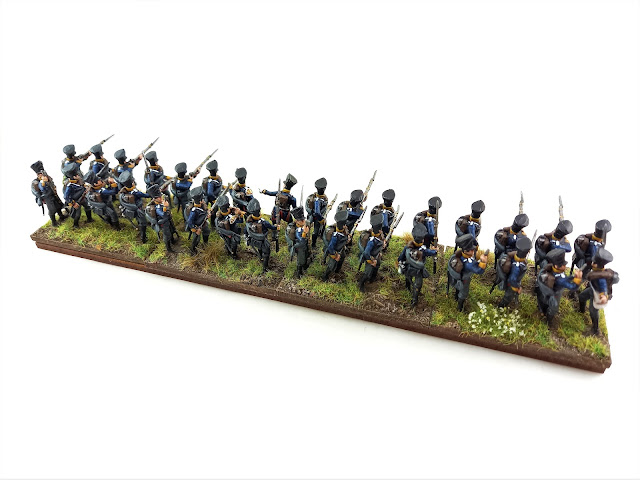 The battalion in attack column: 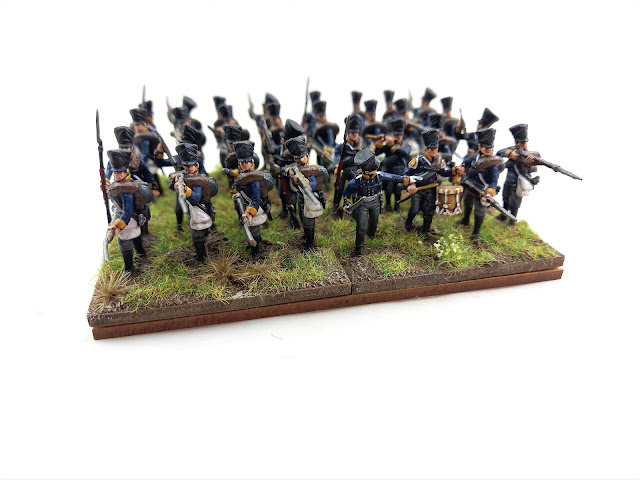 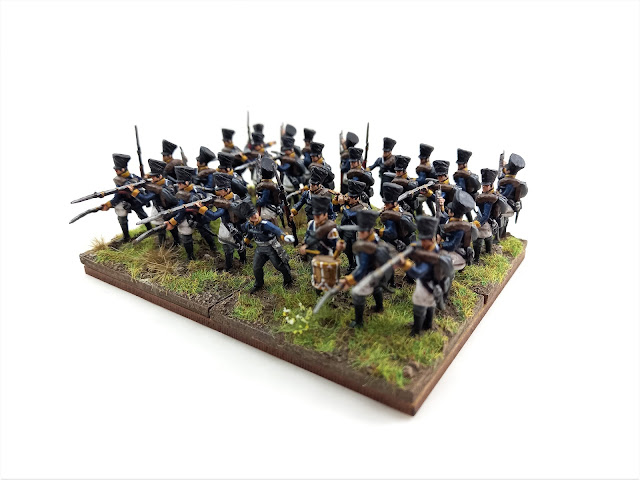 Some close ups of the skirmish bases: 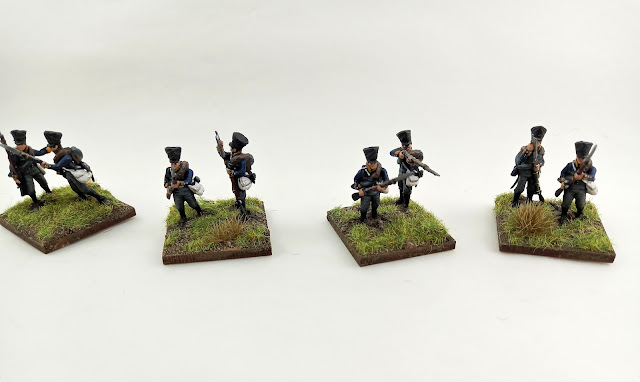 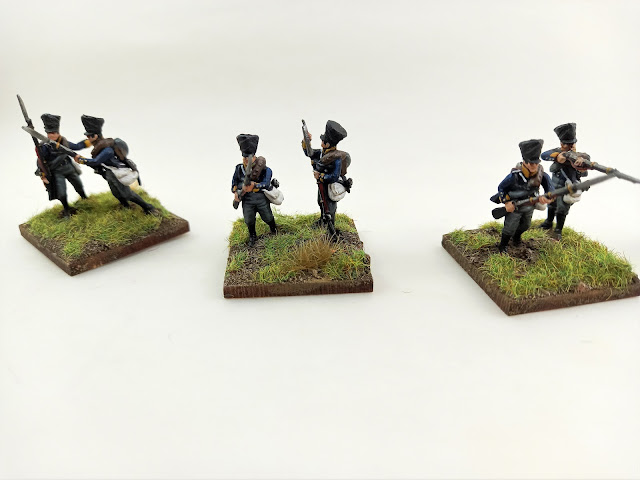 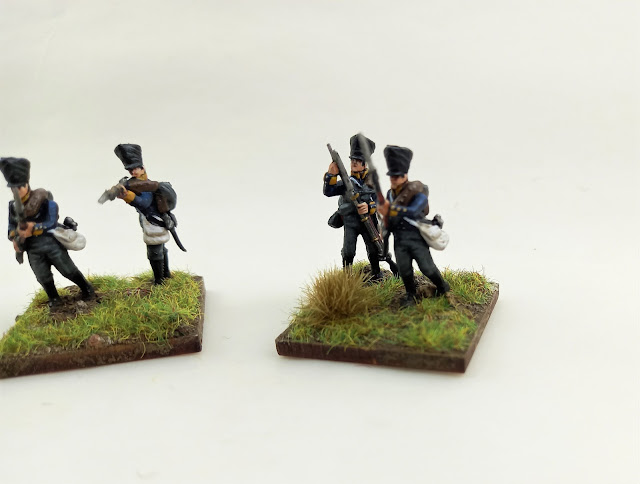