Another regiment of Grenadiers finished. This time, accompanied by some elements in skirmish order, to represent mixed formation of line + skirmish screen. 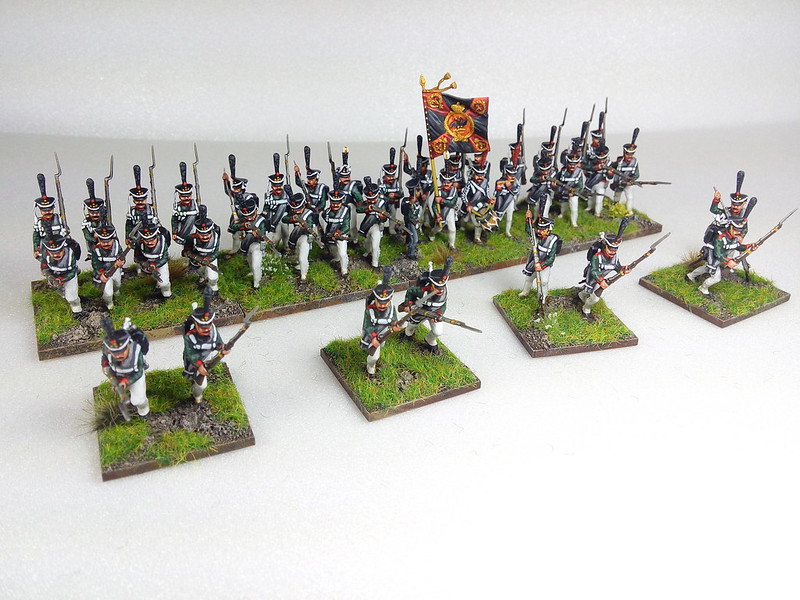 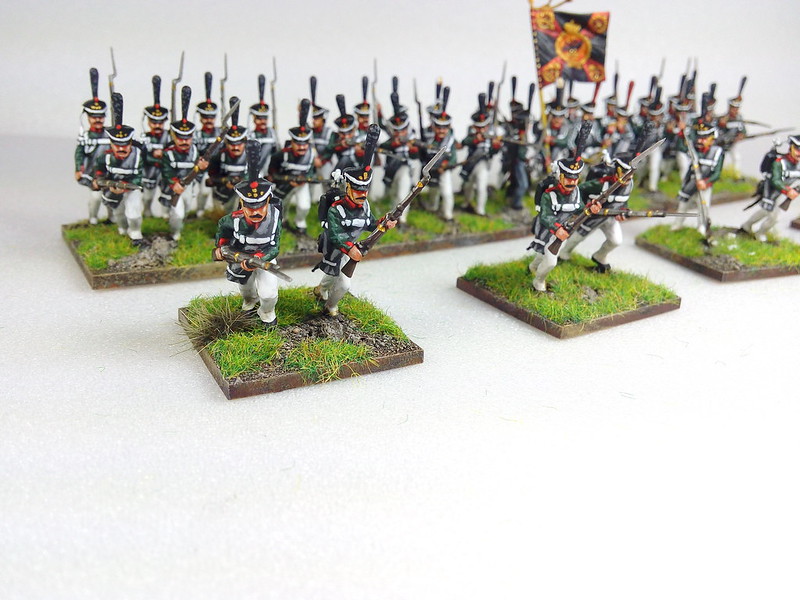 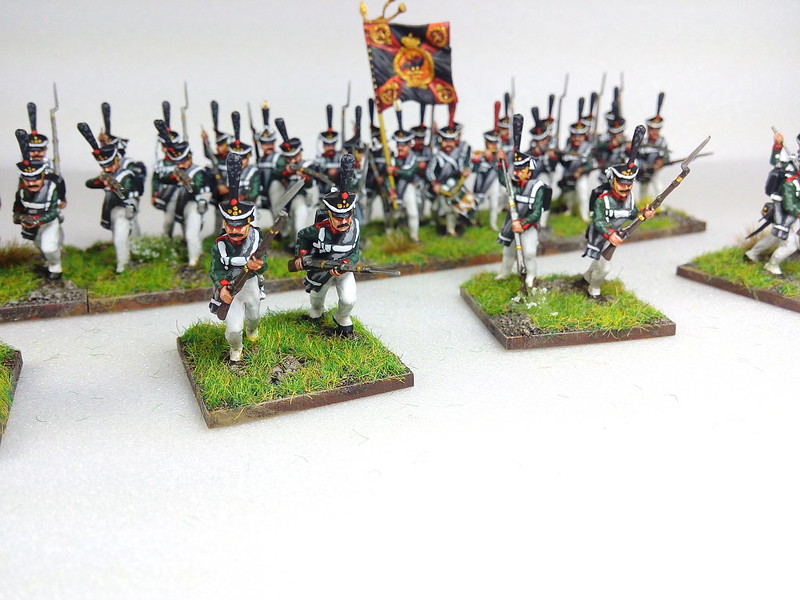 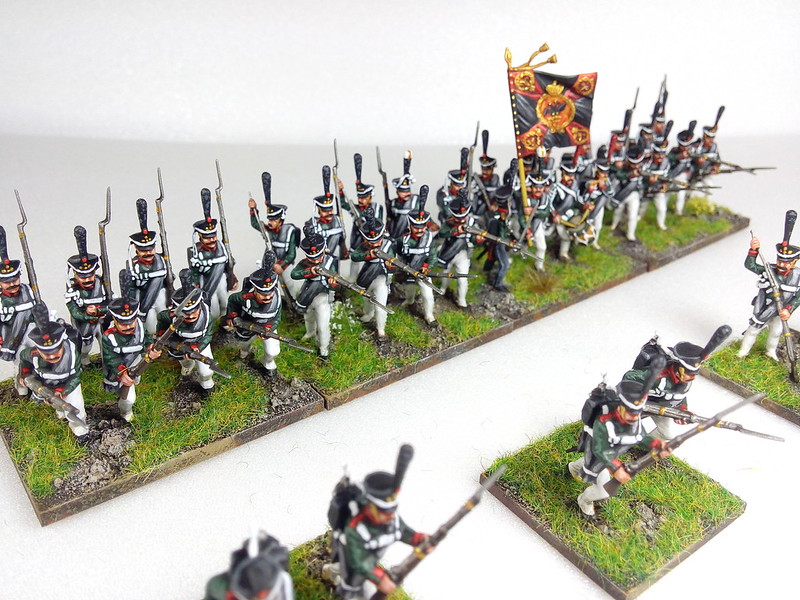 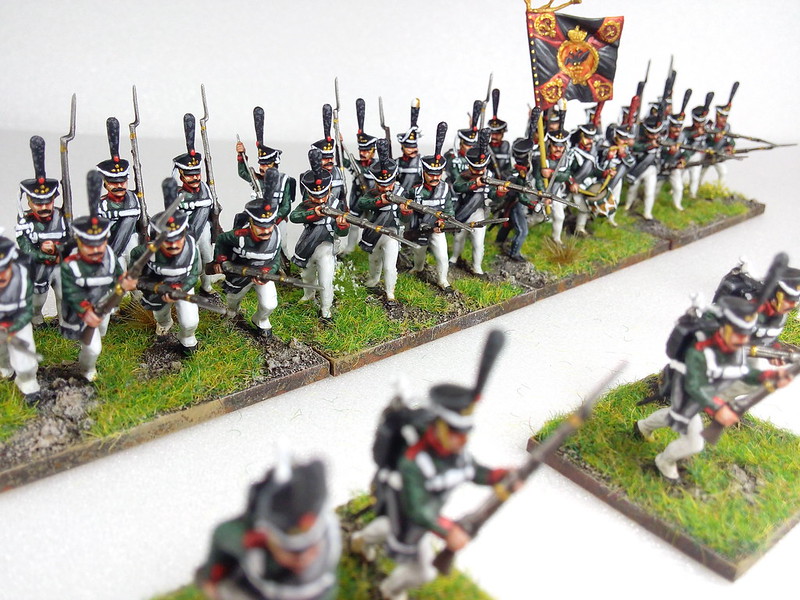 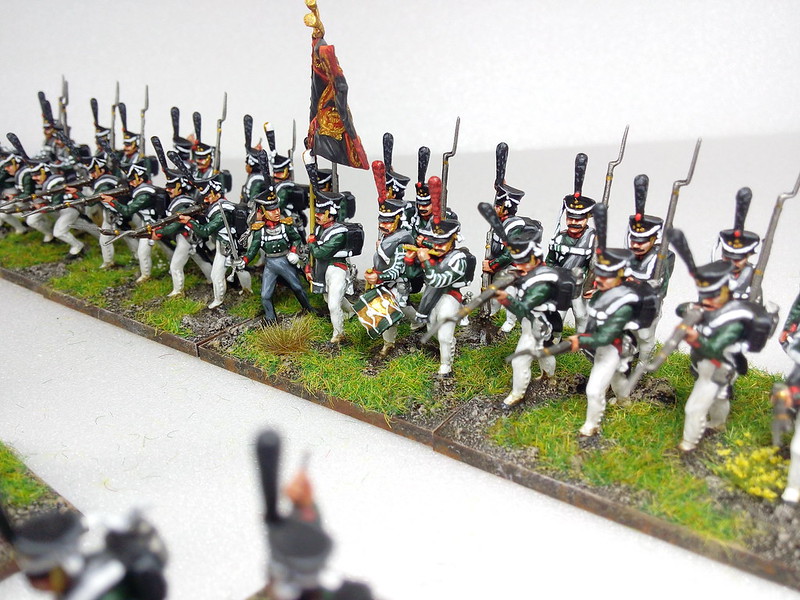 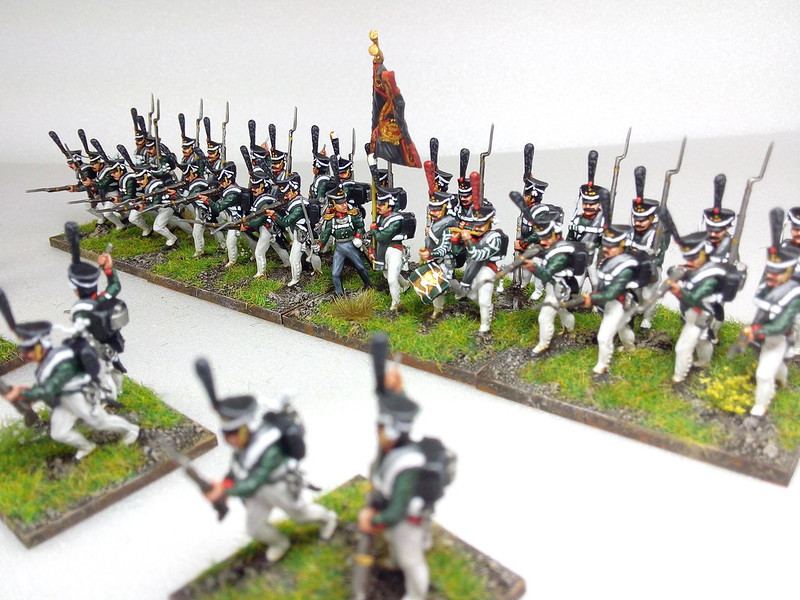 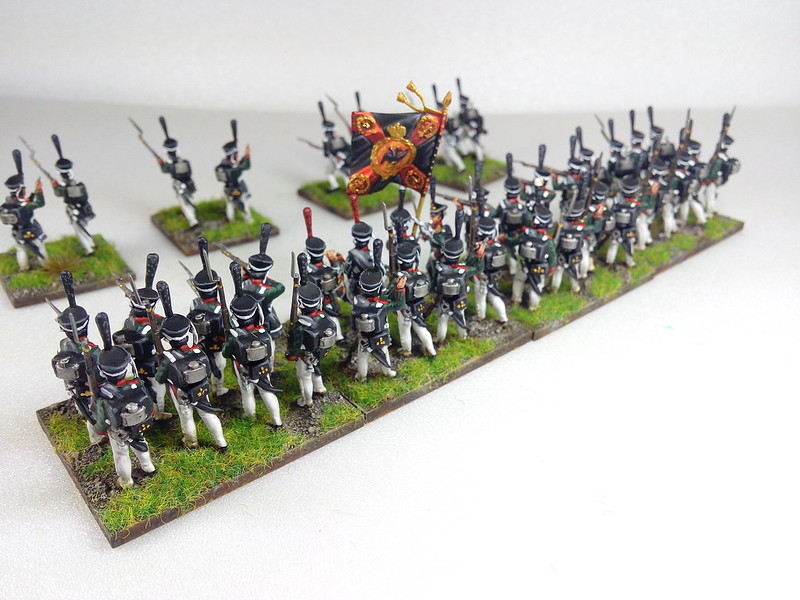 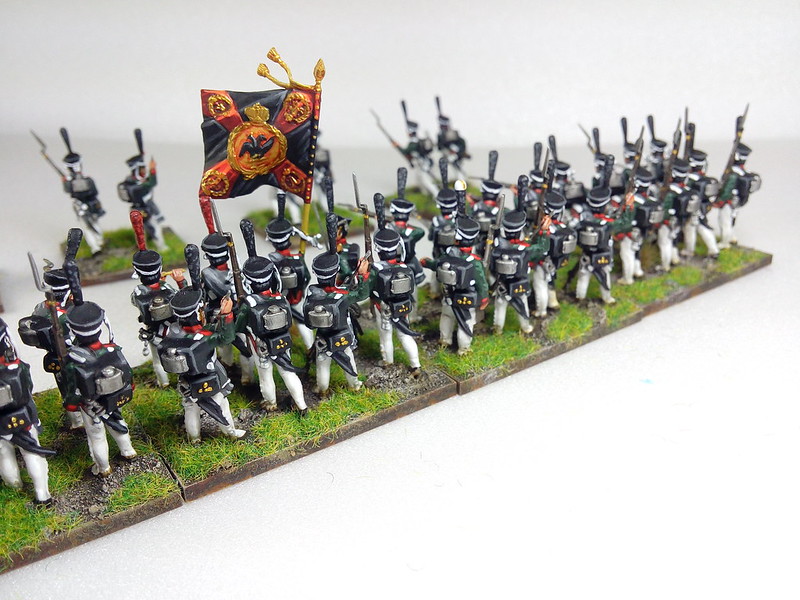 First unit of russian grenadiers done. Zvezda kits are always a joy to work with, plenty of command figures to add to the regiment, including a beautifully sculpted flag. 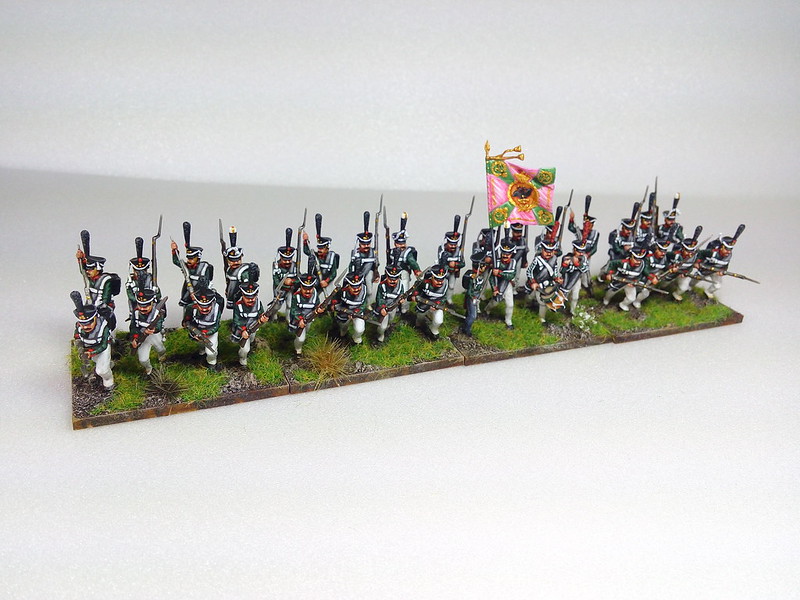 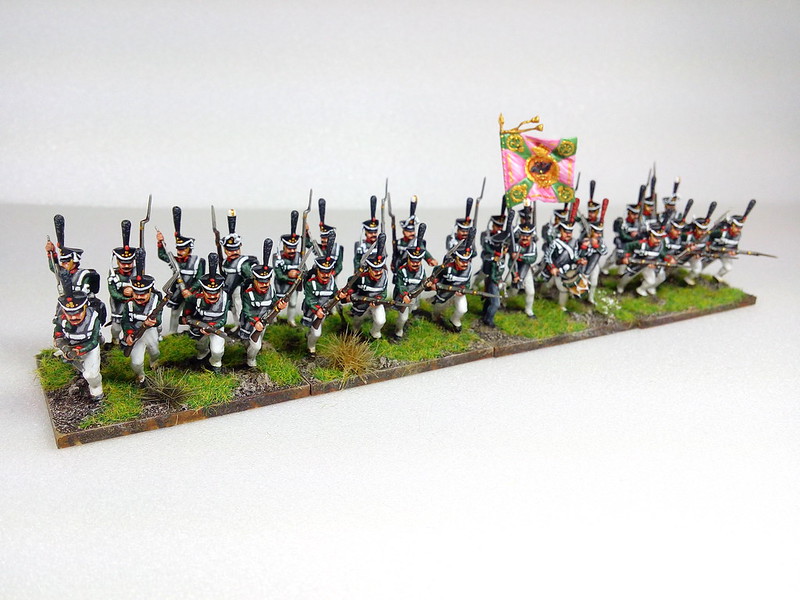 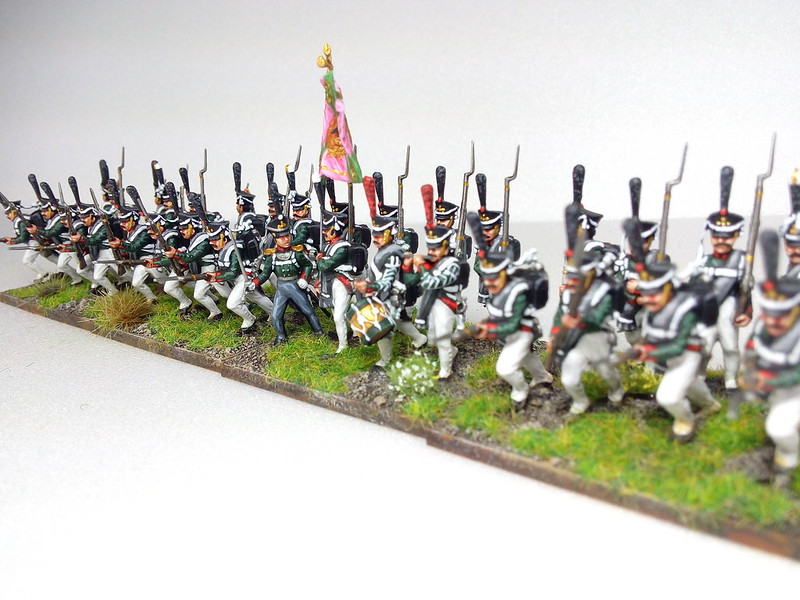 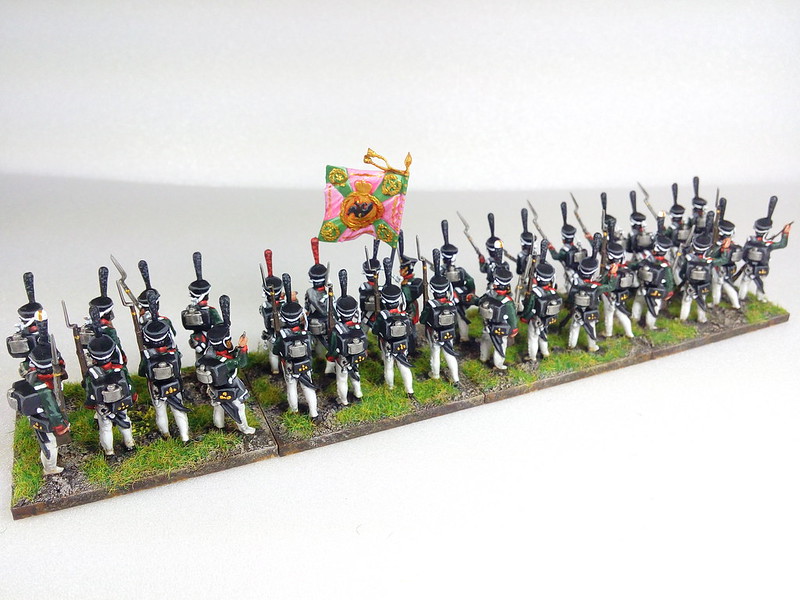 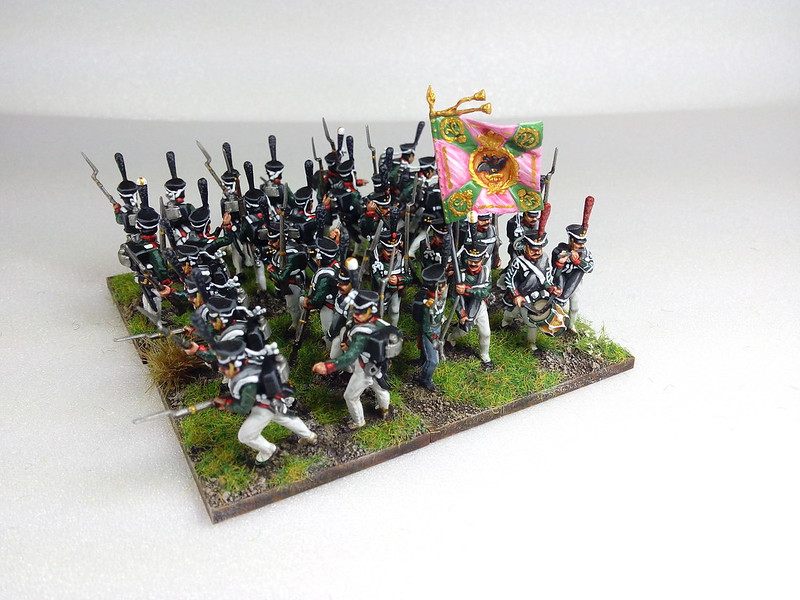 I've finally finished the revision of Pax Stellarum version 2.0. This has been a major endeavor, which took me the best part of 2016 to complete, but I'm definitely satisfied with this version of the rules.

For those of you readers of this blog that don't know of, Pax Stellarum is my own homebrew set of rules to play spaceship wargames.

Starships are one of my greatest passions in this hobby, but I've never found a set of rules I was completely happy with. Every ruleset out there had some elements I liked, but lacked others. Additionally, none of them felt universal enough to allow me to play on several different scifi settings (Star Trek, Babylon 5, Star Wars, Battlestar Gallactica, Stargate, etc.), and having to learn a number of different rulesets in order to play each universe with a different one was out of question for me.

Because of that, I started working on my own rules a few years ago, came up with a first version of the system, which felt good enough, and since then I've been taking notes of things I could improve, which culminates with this thoroughly revised version we have here.

You can find a link to the Pax Stellarum GoogleDrive files on the left column of this blog, half way down. 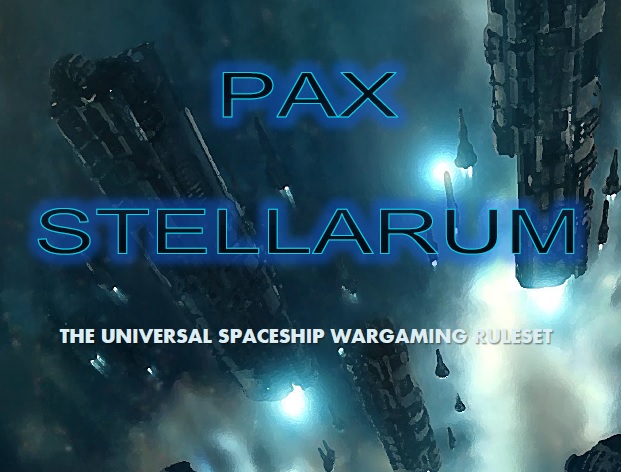 From the start, the guiding directives behind Pax Stellarum were clearly set in my head:

- To confortly accomodate about a dozen or more ships per side
- Fast gameplay
- No book-keeping required (few things to keep track of, and even this could be done with tokens on the table)
- Universal rules to play any scifi setting, including a broad range of weapon and special abilities options
- Design Rules with a point system, so that I could create stats for all ships I'd like to play with
- Options of actions in play (beyond just move ahead and shoot)

These objectives have always guided my efforts and tweaking of the rules. Still, what I usually lack is the time to playtest all the inovations I had in mind to better address those topics. This has been duly dealt with this last december, though. I had several weeks of vacation and used most of my time to test over and over again the rules I'd like to add/change, and see what worked and what didn't.

A brief introduction to PAX STELLARUM

A fundamental aspect of the game is Technology. Players must select a Tech level for their ships (usually the same for their entire fleet). This will determine what systems are available for it in the design spreadsheet. 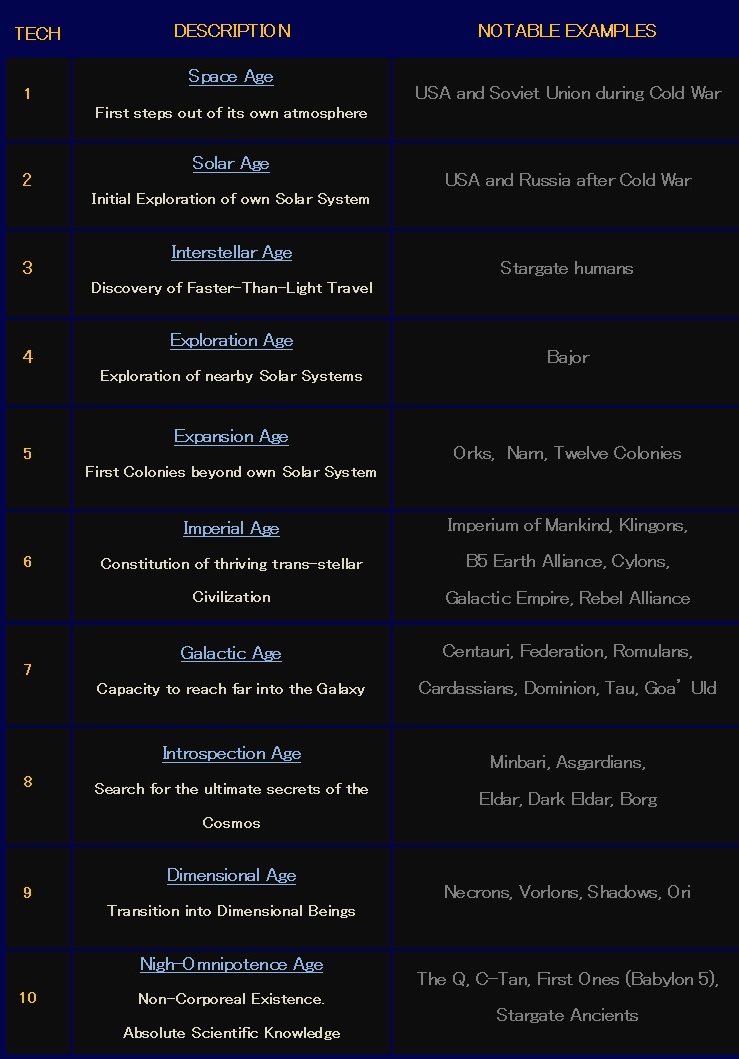 As you can see, a number of examples are provided for each Tech level, to help players better categorize their own chosen faction in order to design their ships. These examples are obviously suggestions, and players are free to choose the tech level they feel better represents their race of choice.
Tech determines everything on a spaceship. How much it can purchase on Engines Rating, how powerful their weapons are, what traits those weapons may have, what special systems the ship may install, how powerful are its Shields, Sensors, etc.

Everything is costed in points (including Tech!), and a .xls spreadsheet has been develop to do all the math automatically. You just need to select what options you'd like to add, and the spreadsheet will calculate cost/mass requisite and tell you if any of your selections violate a design rule (usually related to tech requisites).

The design spreadsheet also has a number of ready-to-use ship stat displays, from Star Trek, Star Wars and Babylon 5, so players willing to give the game a try may do so without needing to first go through the design rules. Over the months, I'll be adding more and more ship designs of my own, and will be uploading the new ones here on the blog as I go. 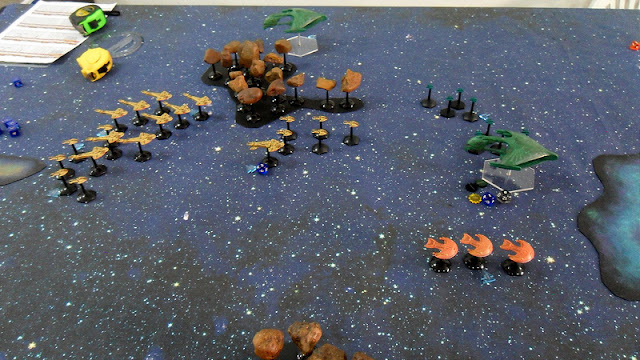 In terms of gameplay, players can expect to find in Pax a ruleset aimed at larger engagements, as I mentioned, but that still does well on small skirmishing actions. The game turn is divided in a number of phases, with both players acting on each of them, in alternated activations:

Initiative determines who gets to choose which player acts first on each phase. Usually, players will prefer to let the opponent start activating on the movement phase, and start themselves activating on the shooting phase. The number and level of Command ships on each fleet has a major impact on the rolls to determine initiave each turn.

Movement is based on a ship's chosen level of thrust (adrift, low or High), and this can only be changed at the end of a ship's activating, which means it'll only impact next turn's movement. Thus, players are required to plan in advance how they intend to move on the following turn.
During a ship's activation on this Phase, it also has the opportunity of trying to take on a special order. There are 11 Special Orders available, and they involve pushing your engines harder to move farther, diverting power to shields, improving you accuracy by locking weapons on a target, etc.

Shooting involves the use of D10, and the concept of Quality. This is a ship stat that determines not only how well a ship shoots, but also how likely it is to pass a command check to take on a special order, among other things.

The ordnance phase is where fighters and torpedoes move and attack, and this has been one of the areas where I've implemented the greatest number of changes, aiming at simpliying and speeding up game play.

On the end phase, players get the chance to repair critical damage, as well as restore their Shields Rating a bit. Additionally, at this stage, a fleet that has already lost half their total of hull points need to take a Morale Check to remain in battle.

Failing a fleet morale check is the standard condition of ending a game. That means that the fleet will leave the battlefield, with the opposite fleet claiming the victory. However, rules for calculating victory points are also provided, so that players may use them in their own scenarios, if they so will.

The rulebook is divided in two main chapters: Basic and Advanced Rules. I encourage any of you readers that enjoy a good ol' space battle to take a read at the basic rules, have a game or two with the ship designs provided in the design spreadsheet and see if this is a ruleset for you.

Pax Stellarum is and will always be a ruleset free-of-charge, it has been developed to suit my own taste for space wargames, but I'm glad to share it with any fellow gamer, as I know that, like myself, there are a lot of other ruleset-enthusiasts out there.

As always, feedback is deeply appreciated, since this is a system at constant evolution, and we could say that the release of version 2.0 coincides with the beginning of the work on version 3.0 (!)