Here are my 2 regiments of mounted jaegers for the Wurttembergers. I painted those units on their 1812 regulations, which limit their facing colors mainly to their collars and pipping.

Those are HaT sculpts - overall, very nice designs, both men and horses. The crests on some of the helmets were a bit off, not particularly well shaped on the back, so I had to do a bit of trimming here and there to make them look better. Also, the option of arm for the trumpeter was pretty poorly sculpted, the arm was way too long and looked odd on the model, so I chose to do without it and give my trumpeter a sabre-holding arm instead.

Now for the pics: First off, Regiment König, on pink and white facings. You can notice the pink is present only on their collars. I've seen some sources indicate that their cuffs were in their uniform green, which is the way I went with these,  but I've also seen others suggest it was pink, so not really sure here, but I'm happy with the way they turned out, they look very sharp and ellegant! 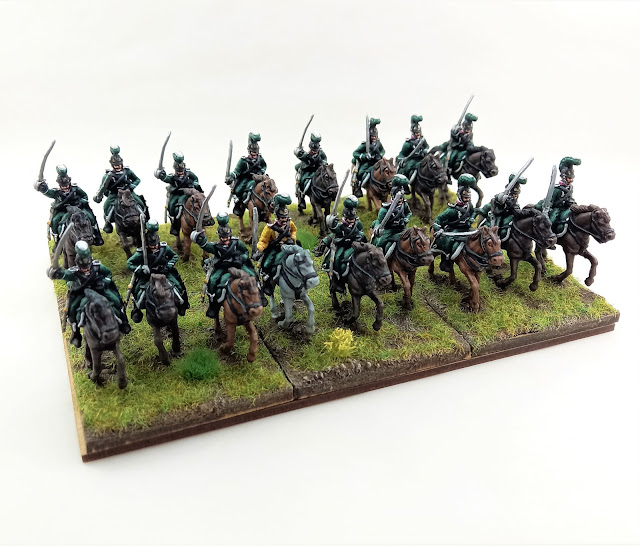 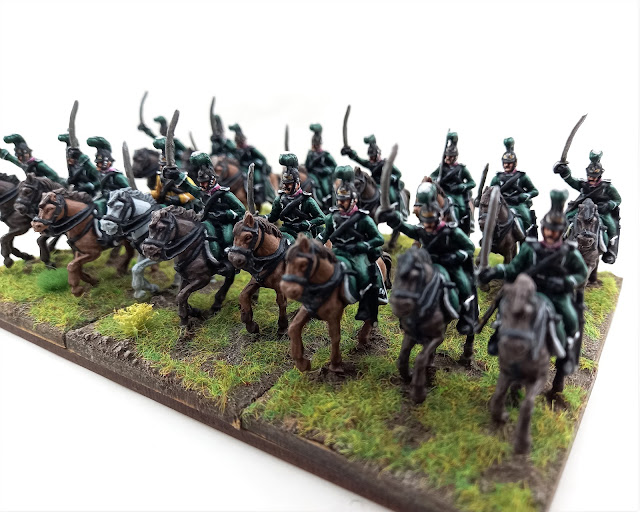 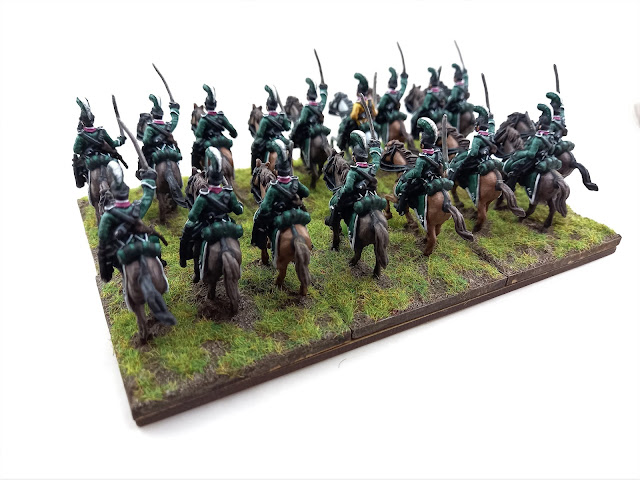 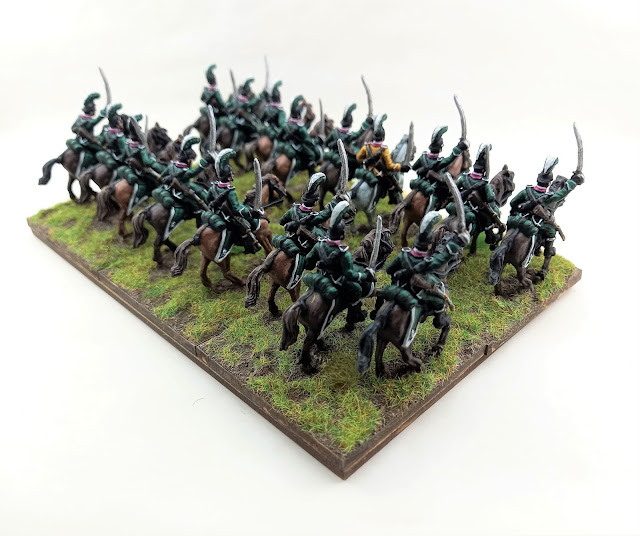 Here's the other regiment of mounted jaegers, the Herzog Louis, with their yellow facings. I haven't quite determined which unit I think looks better - both their color palettes are very striking! 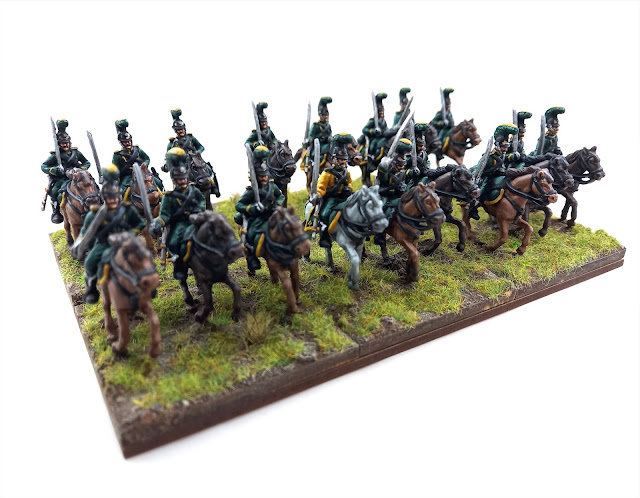 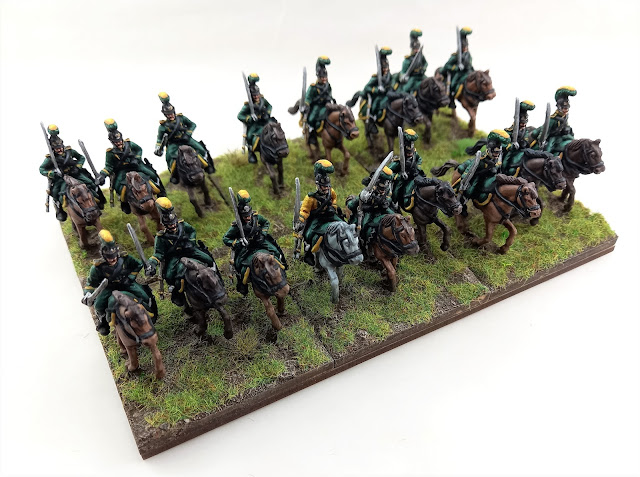 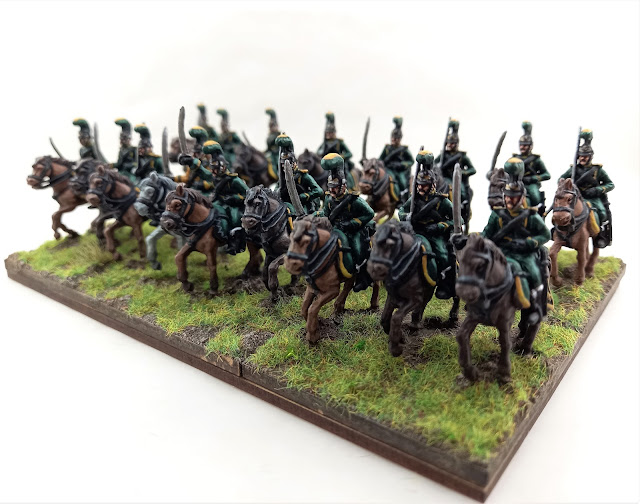 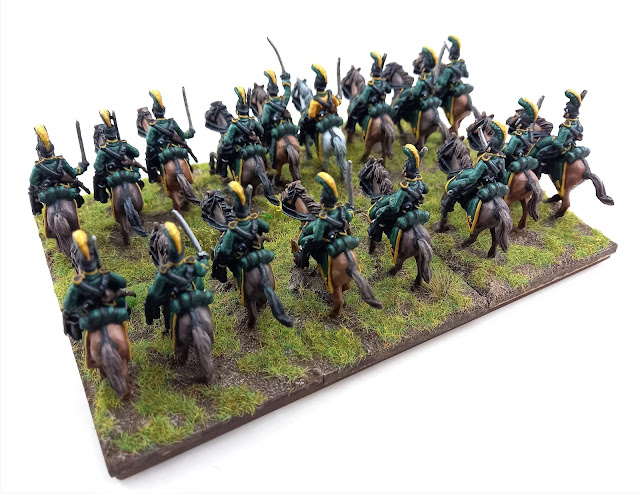 Now I need to work on some artillery for this small army, and then I'll call them done - in all, I'll have a full brigade of infantry, supported by an artillery battery, plus a couple regiments of light horses, which feels pretty good for a small force that is to act as support for my french army, and not act on their own against Prussia or Austria!
Posted by Matgc at 9:11 AM 6 comments: 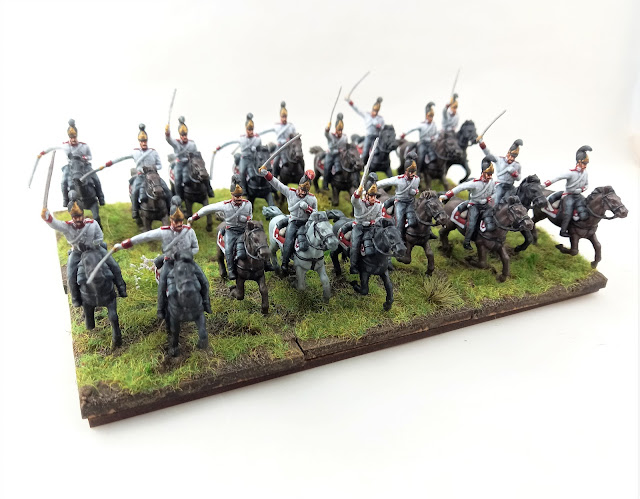 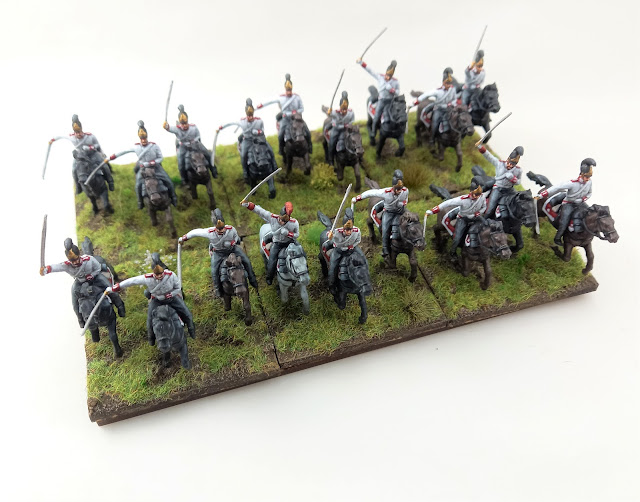 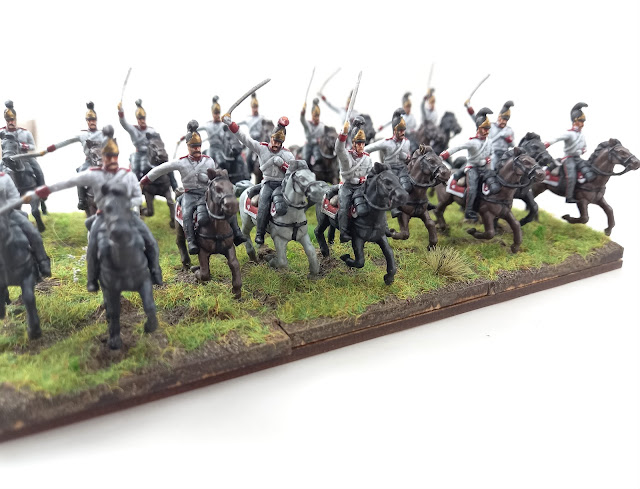 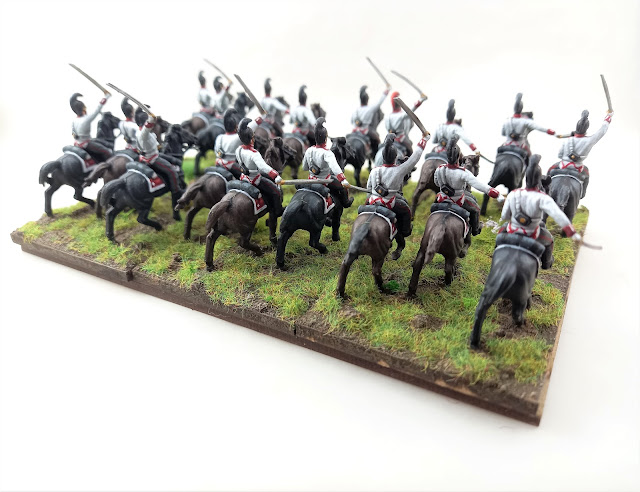 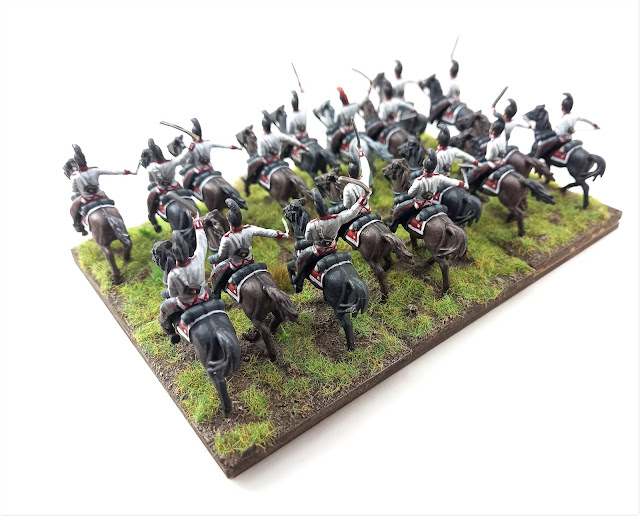