After completing all units I wanted for my Swedish army, the last subject I had to tackle was the command bases. I'm going to need 7 command bases to field the entire army in a game of Black Powder, but because there are no dedicated models of Swedish generals in 1/72 that I'm aware of, I had to look for options elsewhere.

Turns out Italeri's French generals are a pretty good source of commanders for this project, since the uniforms of the Swedish generals could be pretty similar to those of the french, according to what little visual reference I could find on the web.

I used various models of Swedish cavalry and infantry to accompany the generals, and help set the scene of each command base. 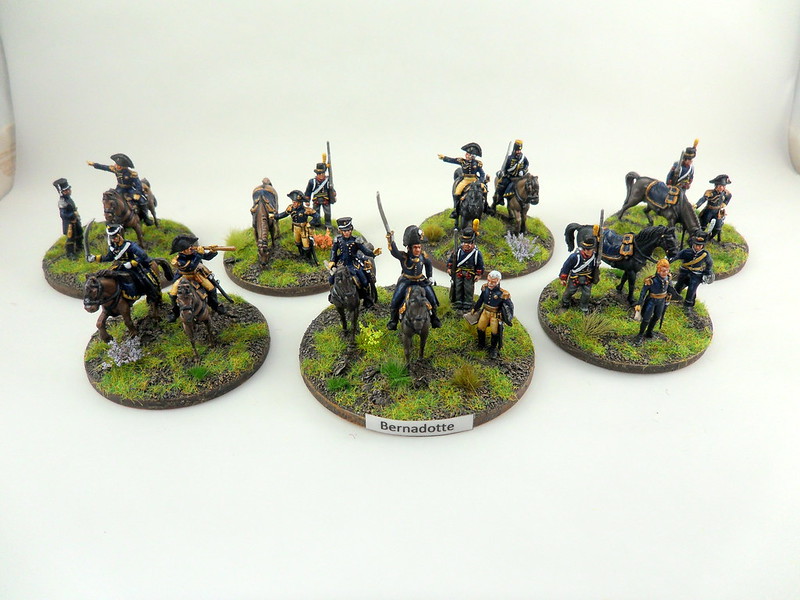 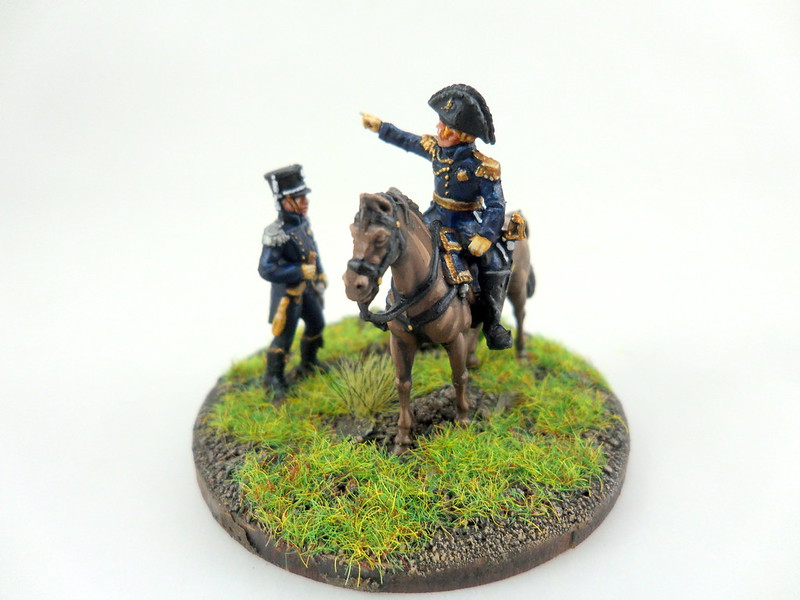 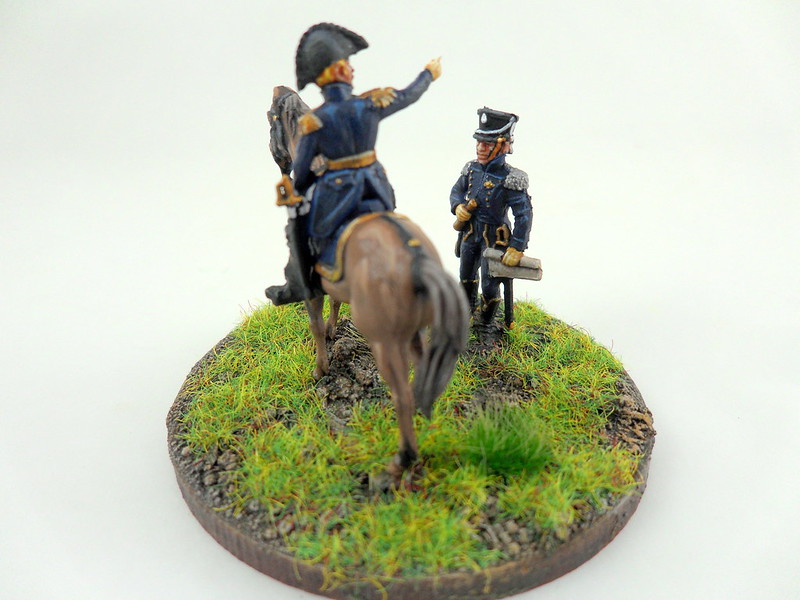 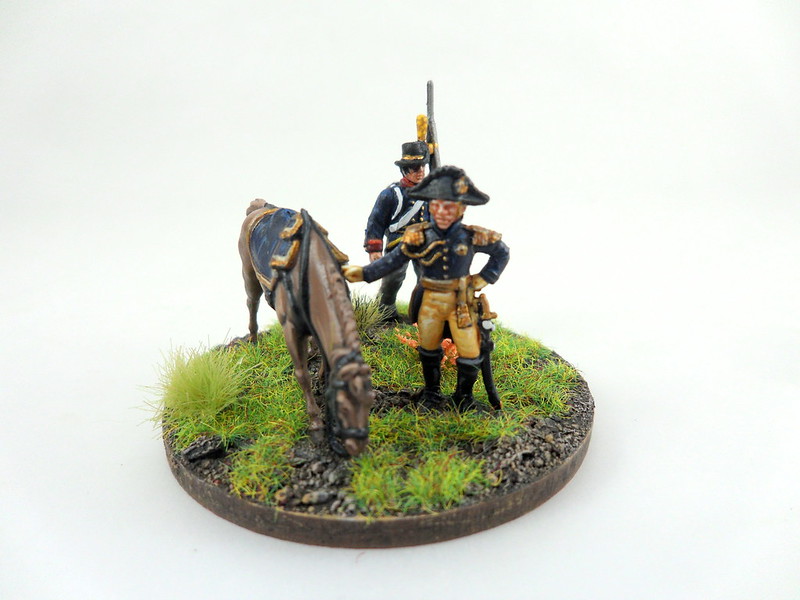 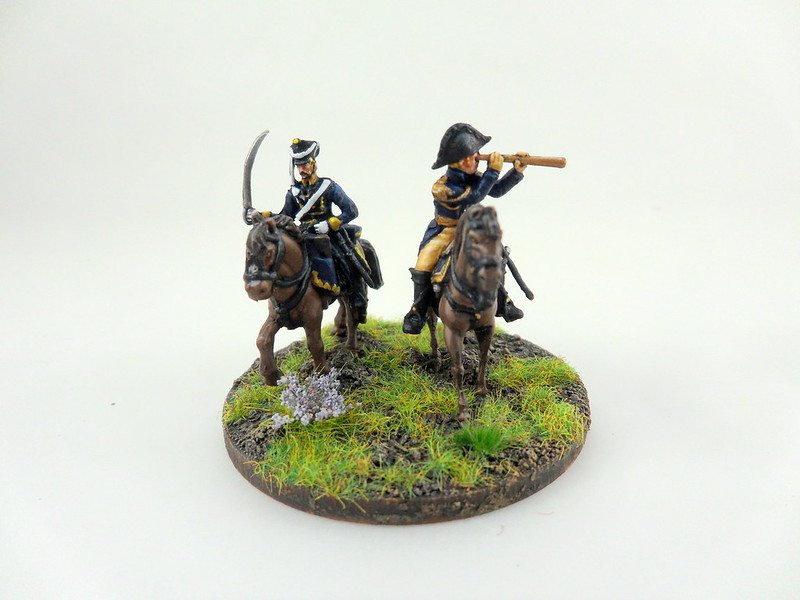 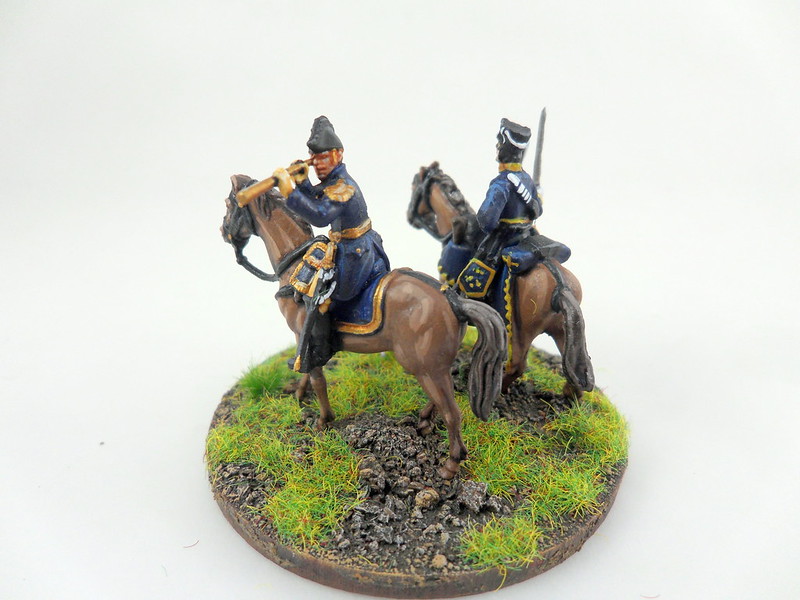 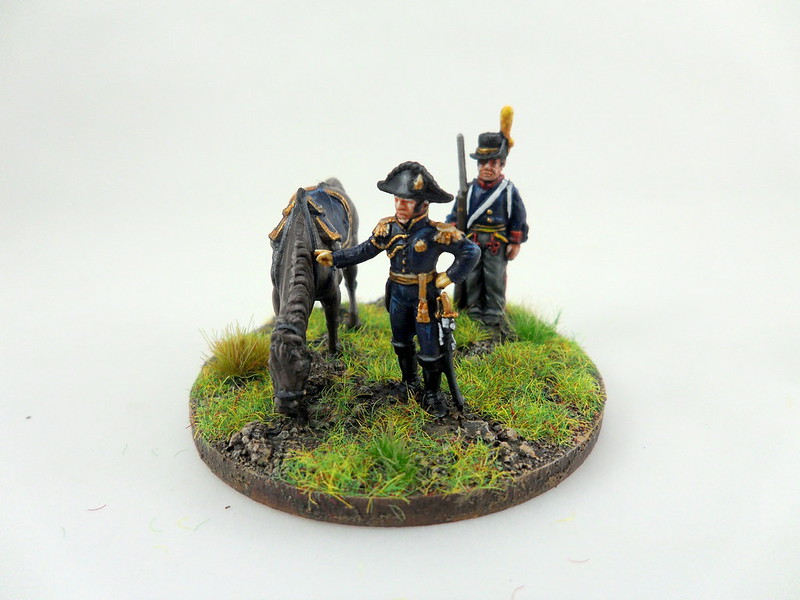 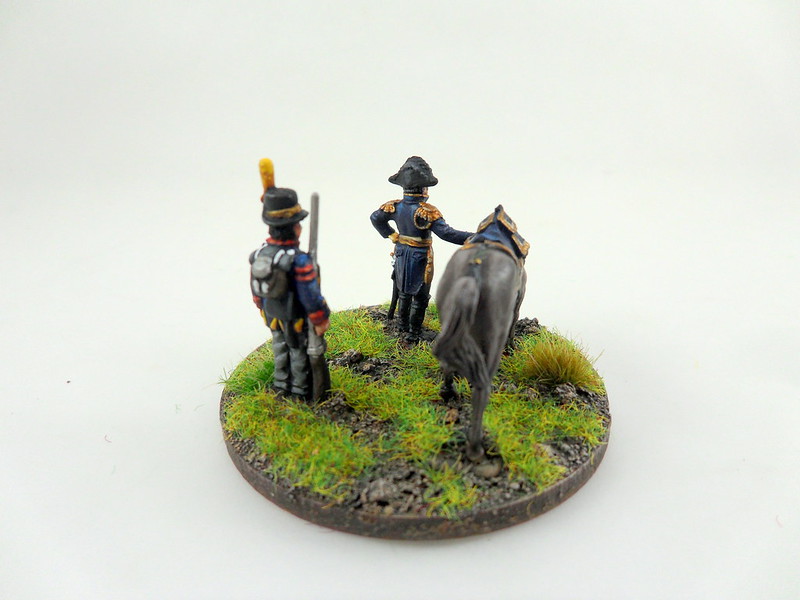 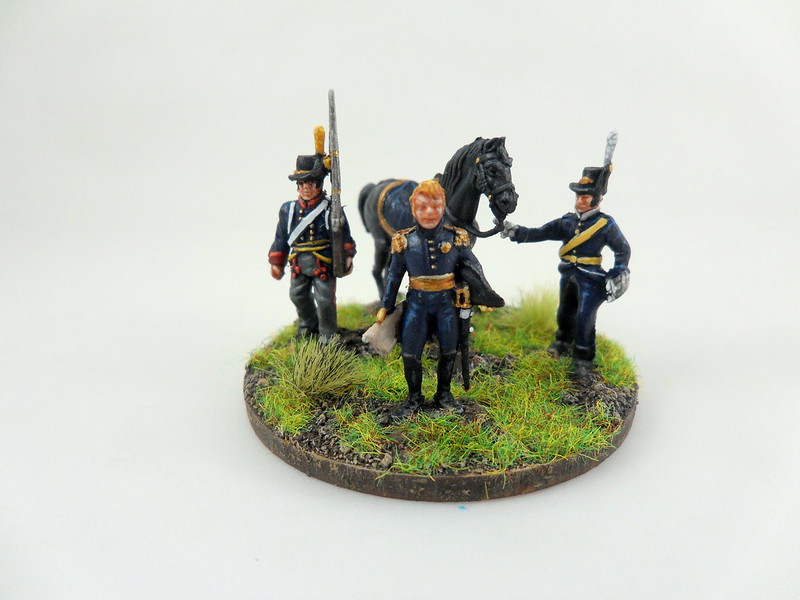 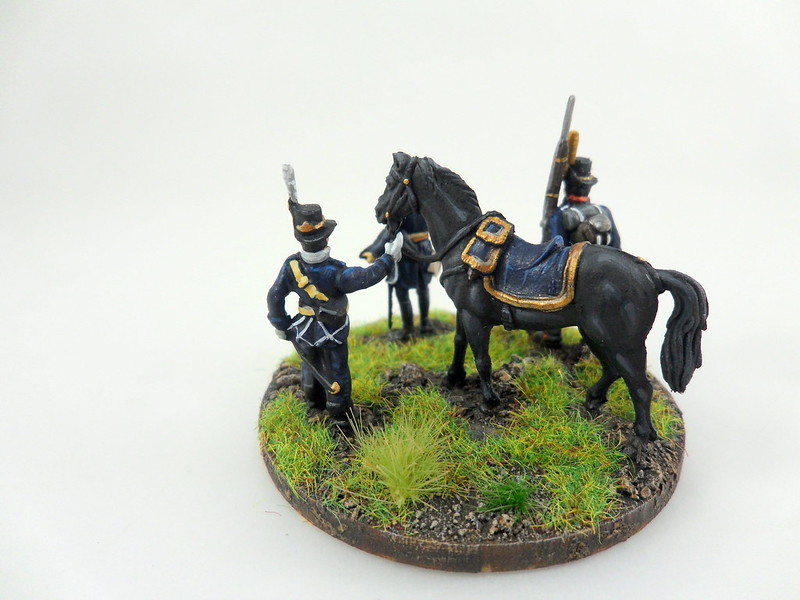 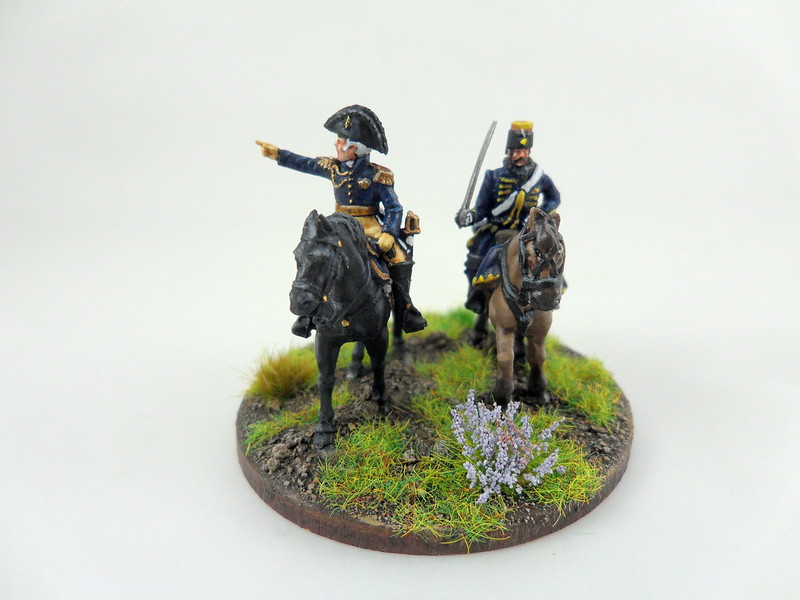 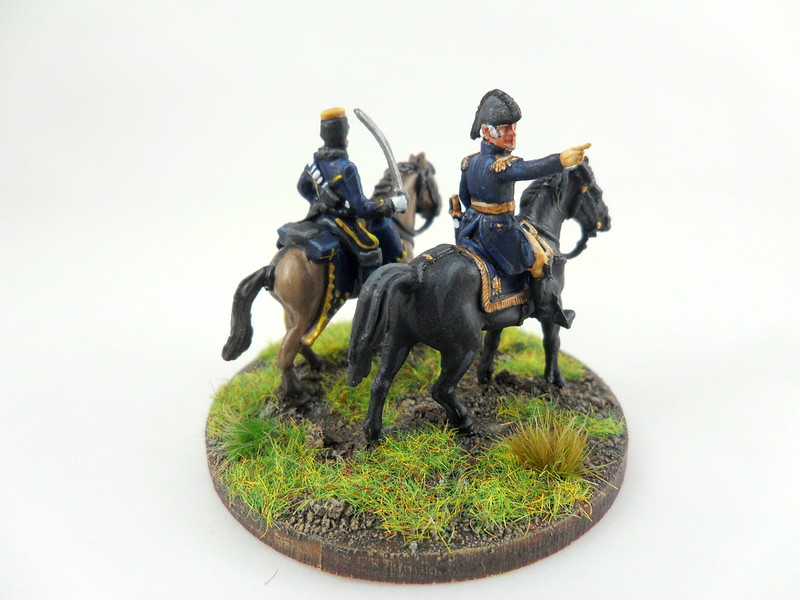 The army general is going to be Bernadotte (naturally), and for him I used a model from the Waterloo officers set. I replaced his head with that from a Strelets kit, to give him a countenance that better reflects what the Crown Prince actually looked like. 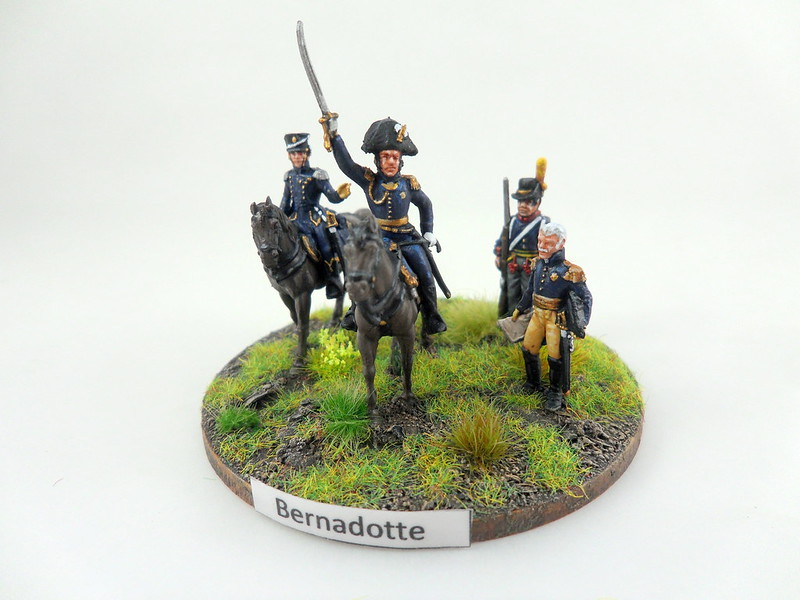 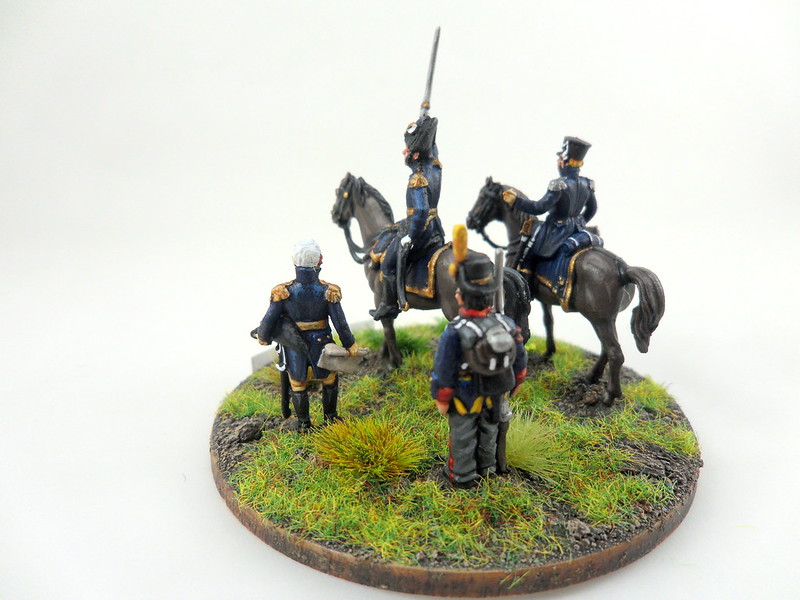 With this, I have now officially finished my Swedish army. Every unit I planned on doing is done, and having actually completed an army in my napoleonic collection feels quite rewarding (!).

I've been slow on my painting lately, and I'm afraid the trend will continue for a while. I've been having this annoying pain on my elbow, which the doctor recently diagnosed as "tennis elbow" - tendinitis caused by repetitive movement of hand and wrist (no kidding!). I guess painting a couple of hours every night does take a toll on you after all.

Among other things, I've been prescribed to stay away from my painting desk for a while, so my recently-started Prussians will be moving at a tortoise-slow pace in the near future (getting older sucks!).