I've had this army painted for quite a while, now, but never took the time to show it up here. I'm even considering selling it as part of my 40k-cutback policy. 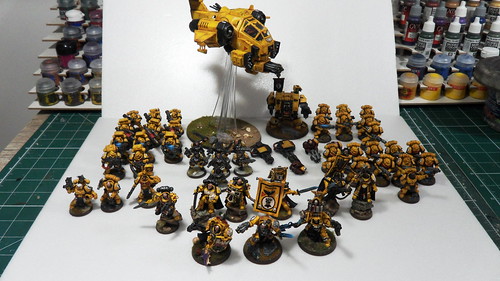 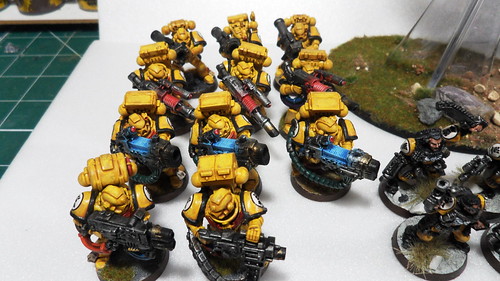 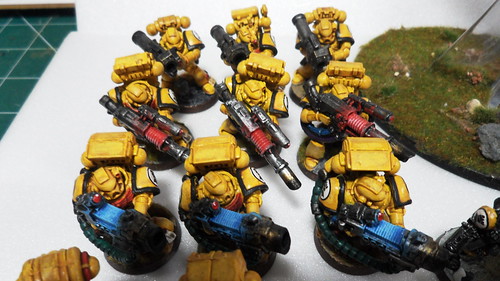 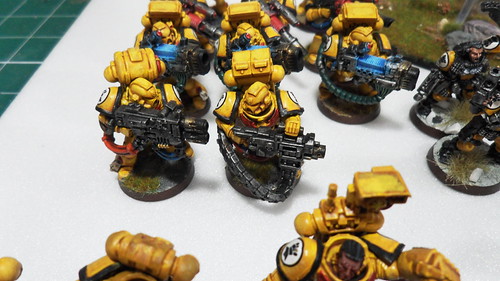 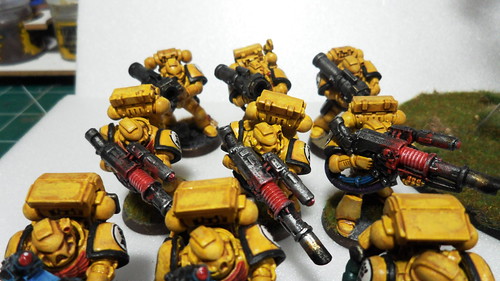 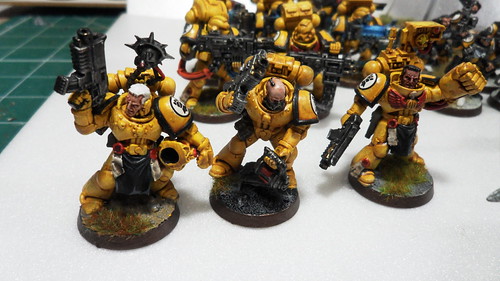 The Dreadnought is magnetized, as I usually do, so both arms have multiple weapon choices. 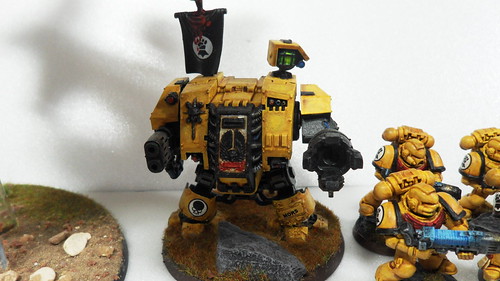 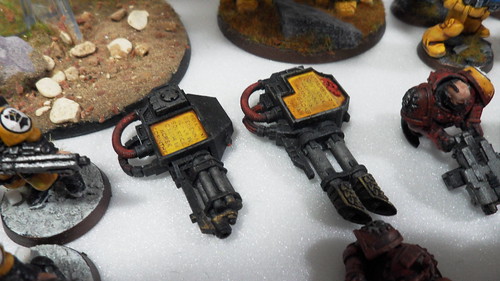 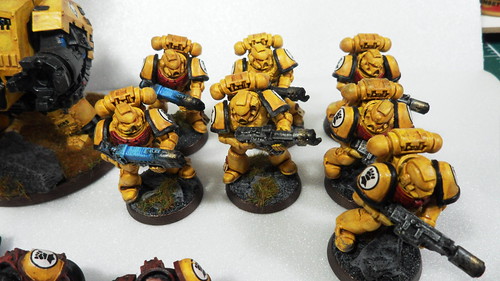 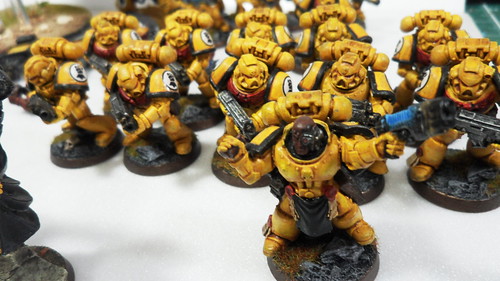 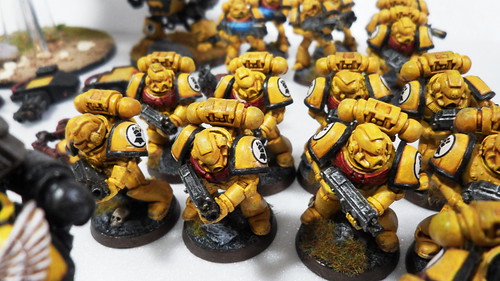 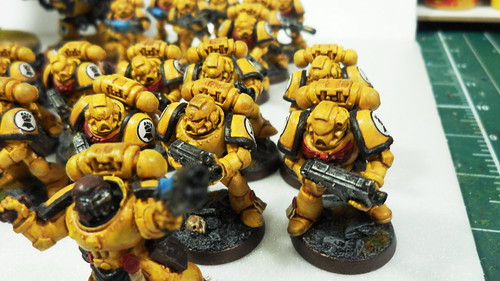 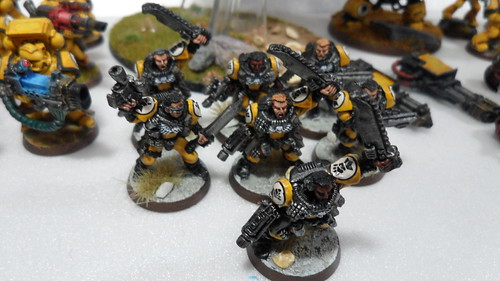 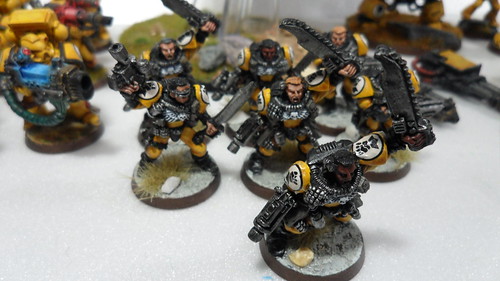 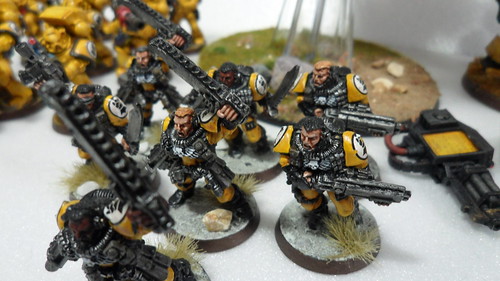 The army includes many HQ's, such as the Masters of the Chapter, a Lybrarian, Lysander and a converted Chapter Master. 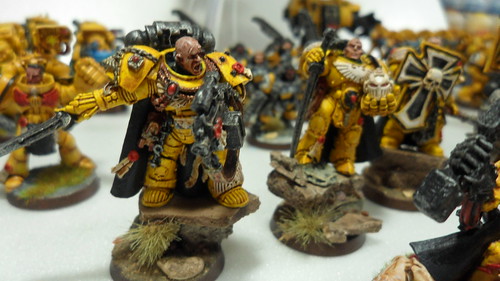 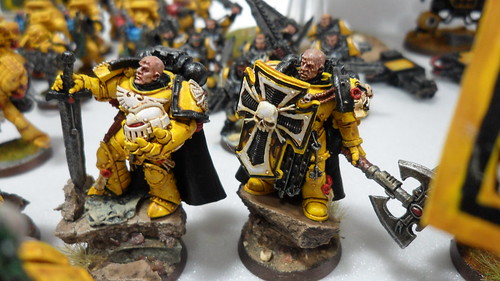 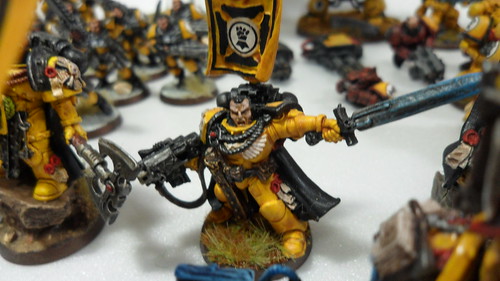 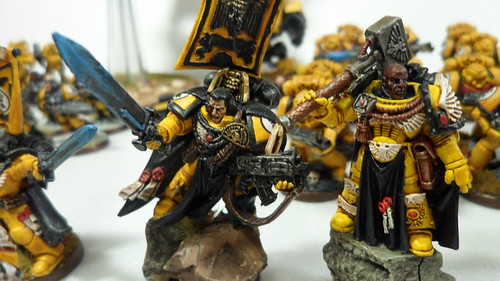 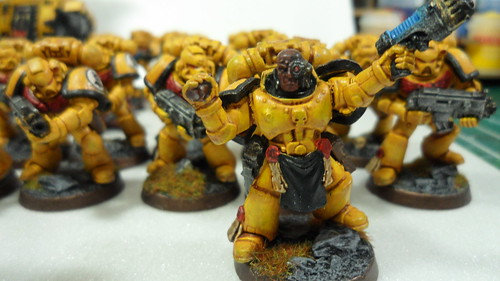 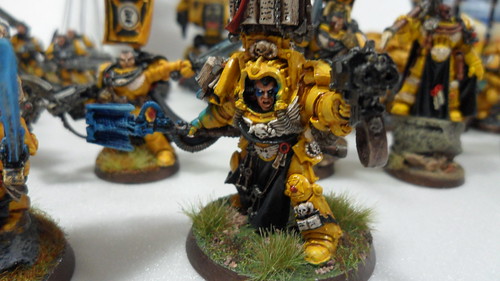 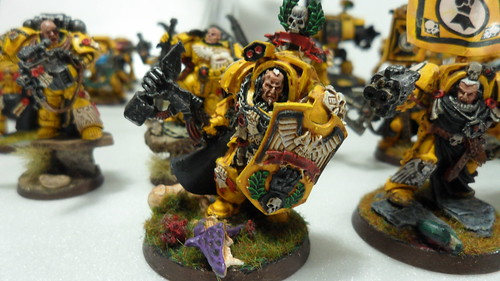 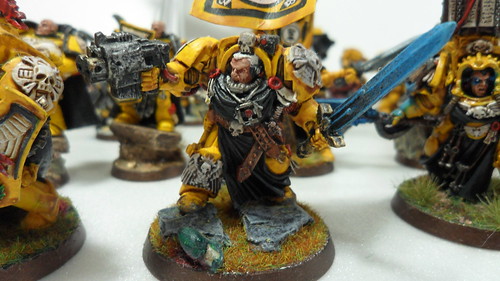 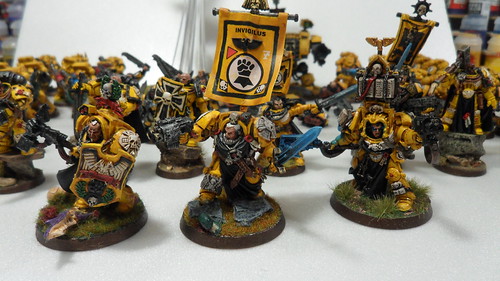 The Stormtalon is also magnetized, so all weapon options are available for it. 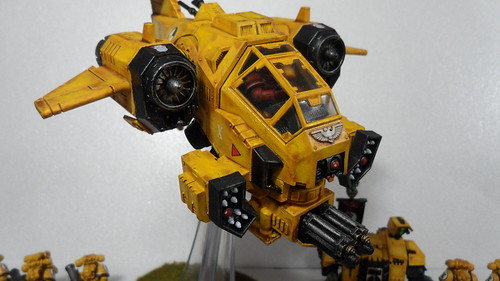 Anyway, this is such a beautiful army, I'm probably going to keep it, but hobby space is really becoming an issue for me, given the amount of miniatures I already have, and my project of collecting several napoleonic armies. I'm definitely going to need more shelves very soon...

More Napoleonics painted. Here we have 2 artillery sets, both from Italeri. One of Imperial Guard Artillery and one of regular army horse Artillery.

The kits are very good, one of my only complaints is the lack of one of the horsemen on the carriage. There are only 2 on the sprue, while the carriages usually travelled with one horseman on each left horse.

Let's assume the poor bastard has just been shot and there is no one available to replace him.

Another issue to mention is the shortage of models to man the cannons on the horse artillery kit: only 5 for 2 guns. The Imperial Guard Artillery is far plentier on that regard, with 4 models for each of their 4 guns.

I just realised I forgot to paint the details on the guards' bearskins. Will get to it tonight.

Email ThisBlogThis!Share to TwitterShare to FacebookShare to Pinterest
Labels Napoleonics

My first unit of Cavalry for my Napoleonics project. These are painted as the 25º Regiment of French Dragoons.

The unit comprises 6 bases, that can be arranged in either attack column or march column.

The regiment in March Column: