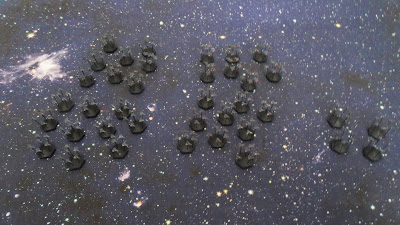 I finished painting my fighters for general use. I have some to work as interceptors and others to work as bombers. I painted little details in red or blue so to differentiate which are controlled by each player. 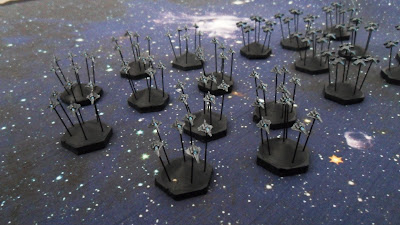 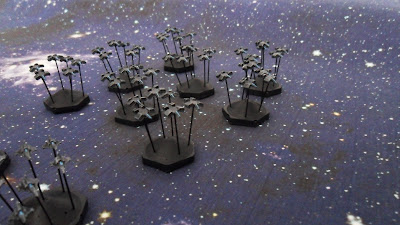 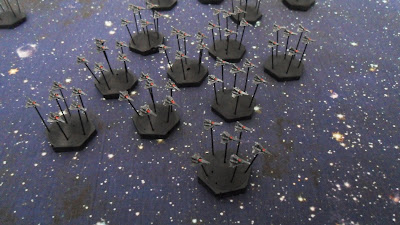 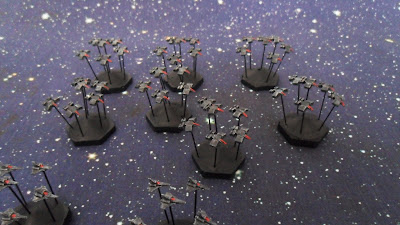 Those are Studio Bergstrom fighters. As I mentioned in a previous post, they come with silicon hex bases, perfect for displaying them as squadrons. All you have to do is glue your fighters on the tips of needles and stick them on the silicon. You can take the needles off as you like, without damage to the base, allowing you to keep track of casualties without using dice. Pretty cool, uh?!

I plan on using those fighters for a multitude of races, as having specific fighters for each fleet I currently own is simply not feasible...

I even based some Battlefleet Gothic fighters I had on those silicon bases, since those original bases they come with are simply horrible (a good example of how big hobby companies are not always the best in everything...): 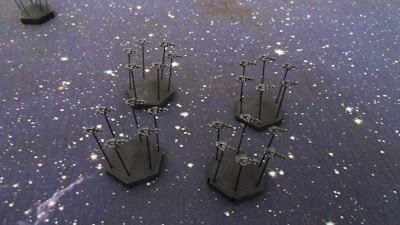 I also finished my Federation fleet, and am almost done with the Centauri, so, expect new posts very soon!