Here are my French Light Infantry Voltigeurs. These models are Hat's, as are my Carabiniers à Pied, which featured here last week. They also come in 56 models a box. 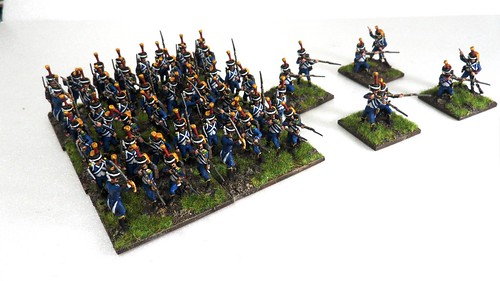 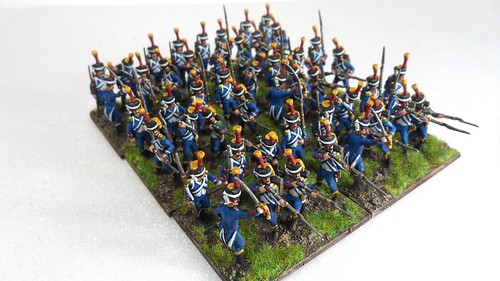 I changed my initial plans of doing only 4 regimented bases and using the remaining models to do skirmishers. That would leave with way too many skirmishers, once I do the chasseurs. Instead, I did 6 regiment bases and only 4 skirmish bases. I rebased some carabiniers, as well, to match the voltigeurs disposition. 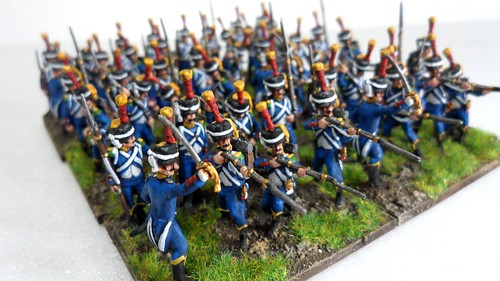 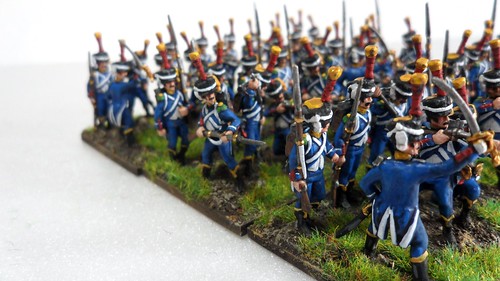 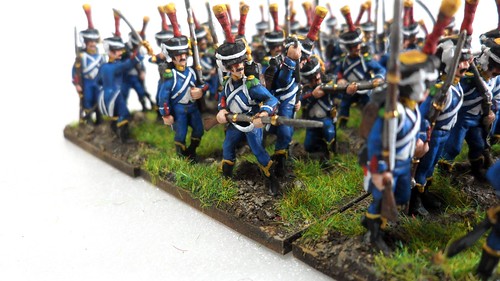 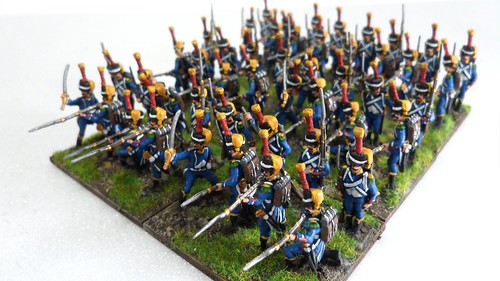 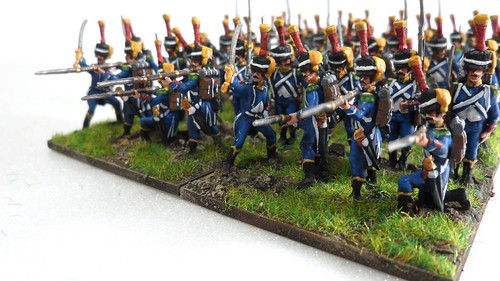 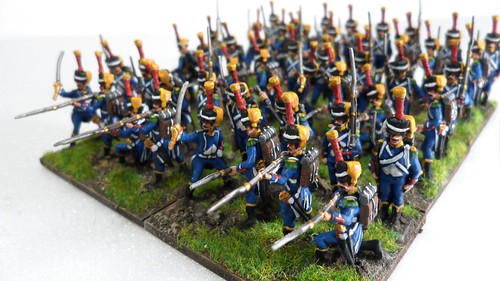 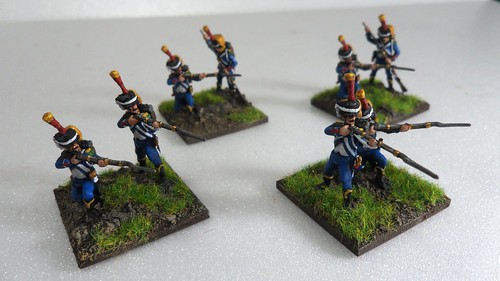 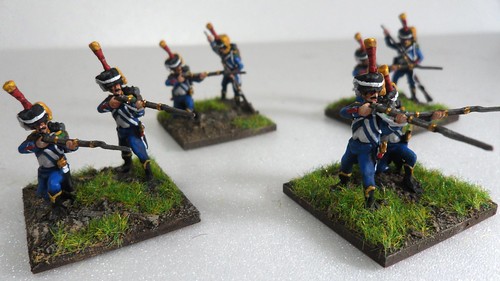 As I mentioned before, my plan at the long run is to build light regiments with one base of voltigeurs, one of carabiniers and 2 of chasseurs. Since I currently have 6 bases each of voltiguers and carabiniers, I'll be able to come up with 6 light regiments, eventually.

For now, since I still haven't painted any chasseurs, my light regiments will have 2 bases each of voltigeurs and carabiniers, only, which means I can already field 3 light regiments. 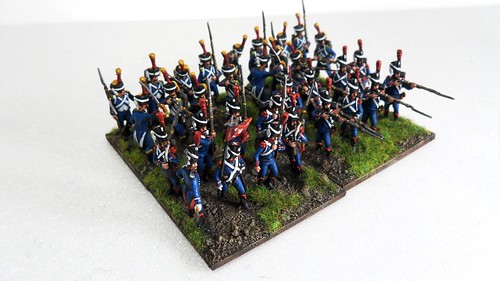 I'll probably revert the deployment of the voltigeurs and carabiniers seen on these pics. The most elite carabiniers should be at the bottom of the unit, to act as block troops. But anyway, this is just a temporary arrangement of the light regiments, so, no big deal. 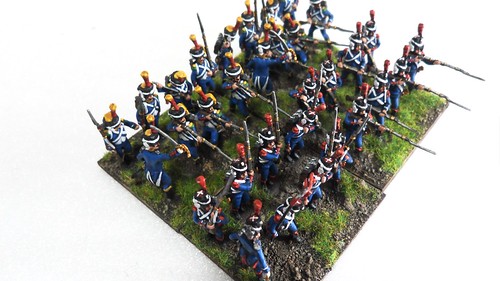 I'm currently painting the last french units necessary to start playing (!). After that, I'll have to work on some additional british units for the next month or so, and then I'll be ready to field these armies!!

*End of Transmission*
Posted by Matgc at 6:14 AM