I recently finished painting my first 2 keilerkopfs, from Dreamforge Games. These are the most complex kits I've ever assembled, but are quite rewarding, as the models are amazing, full of moving parts and thoroughly detailed. 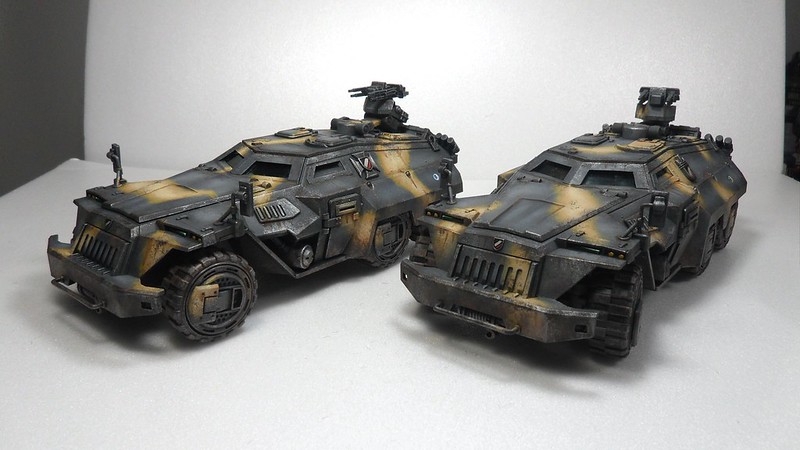 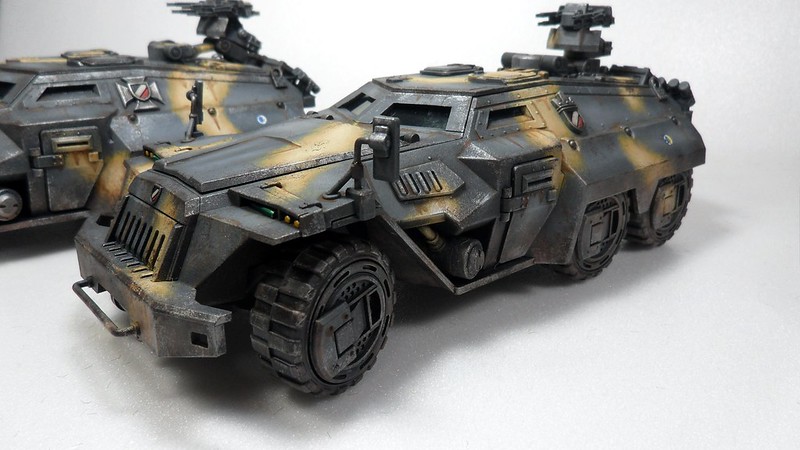 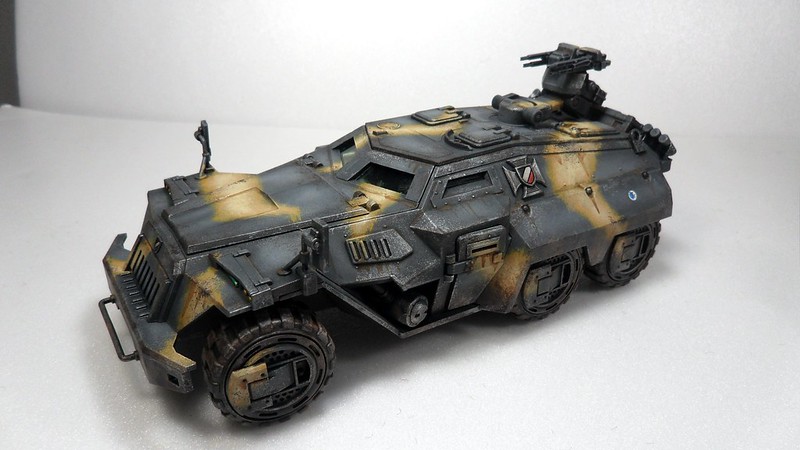 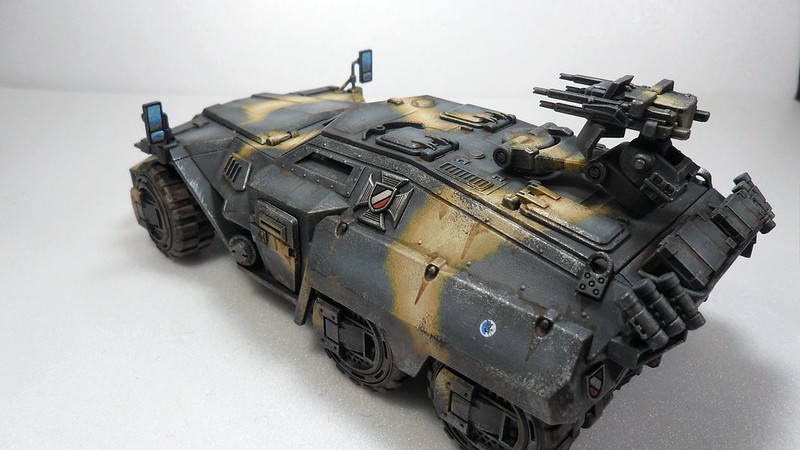 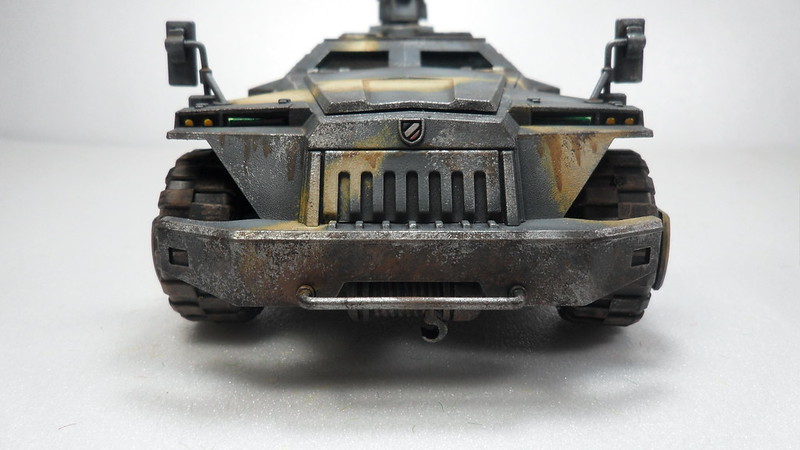 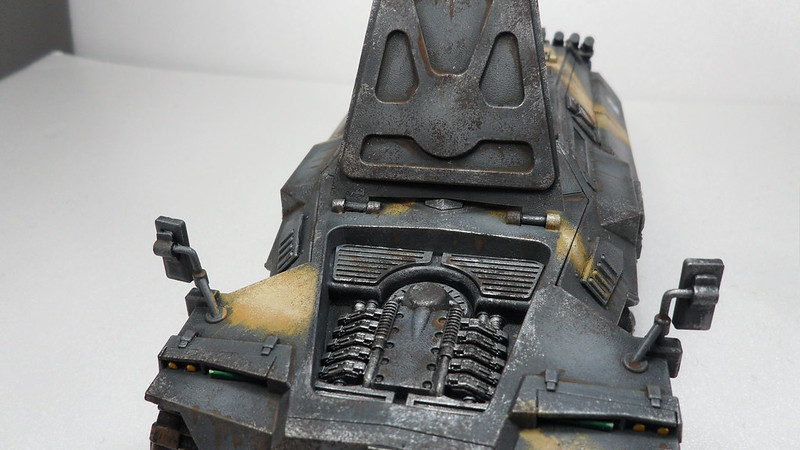 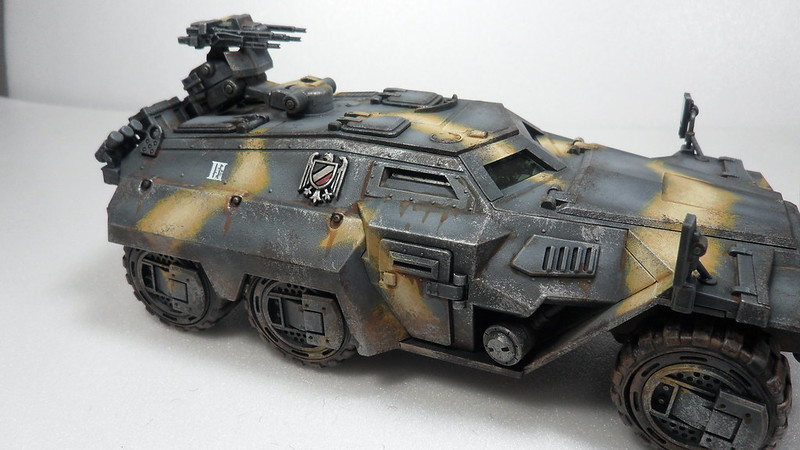 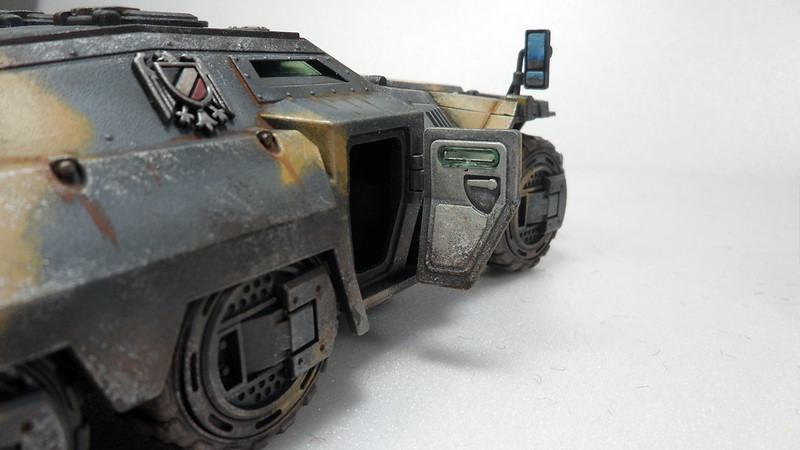 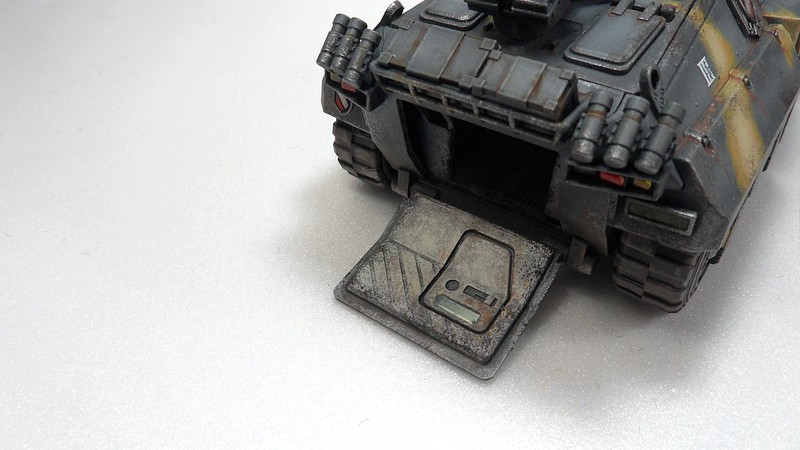 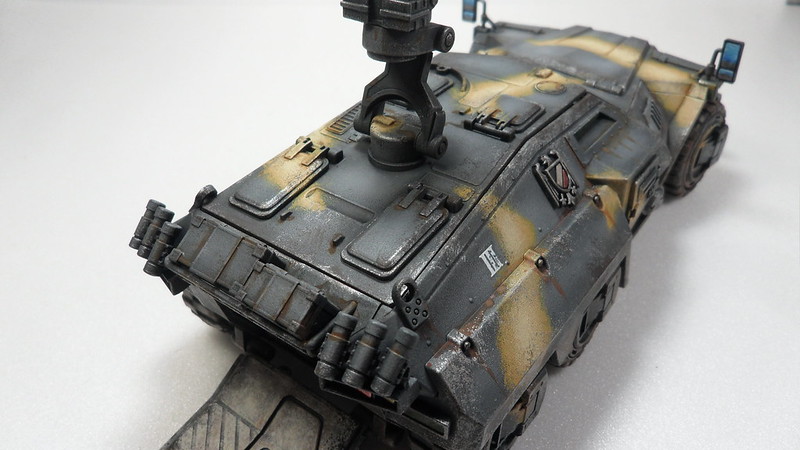 The upper part of the chasis is left unglued, so you can remove it to check the inside, which is fully detailed. Once in place, this upper part fits nicely, and doesn't slip around. The kit also provides 10 extra models (in addition to the drivers) to be assembled sitting on the benches, representing a squad in transport. I chose to let them out, but this is an excellent addition to this top notch kit.

Another reason for the top to be removable is that there are a couple other weapon options about to be released and one of them requires the replacement of the top, as seen on this image I found on the web: 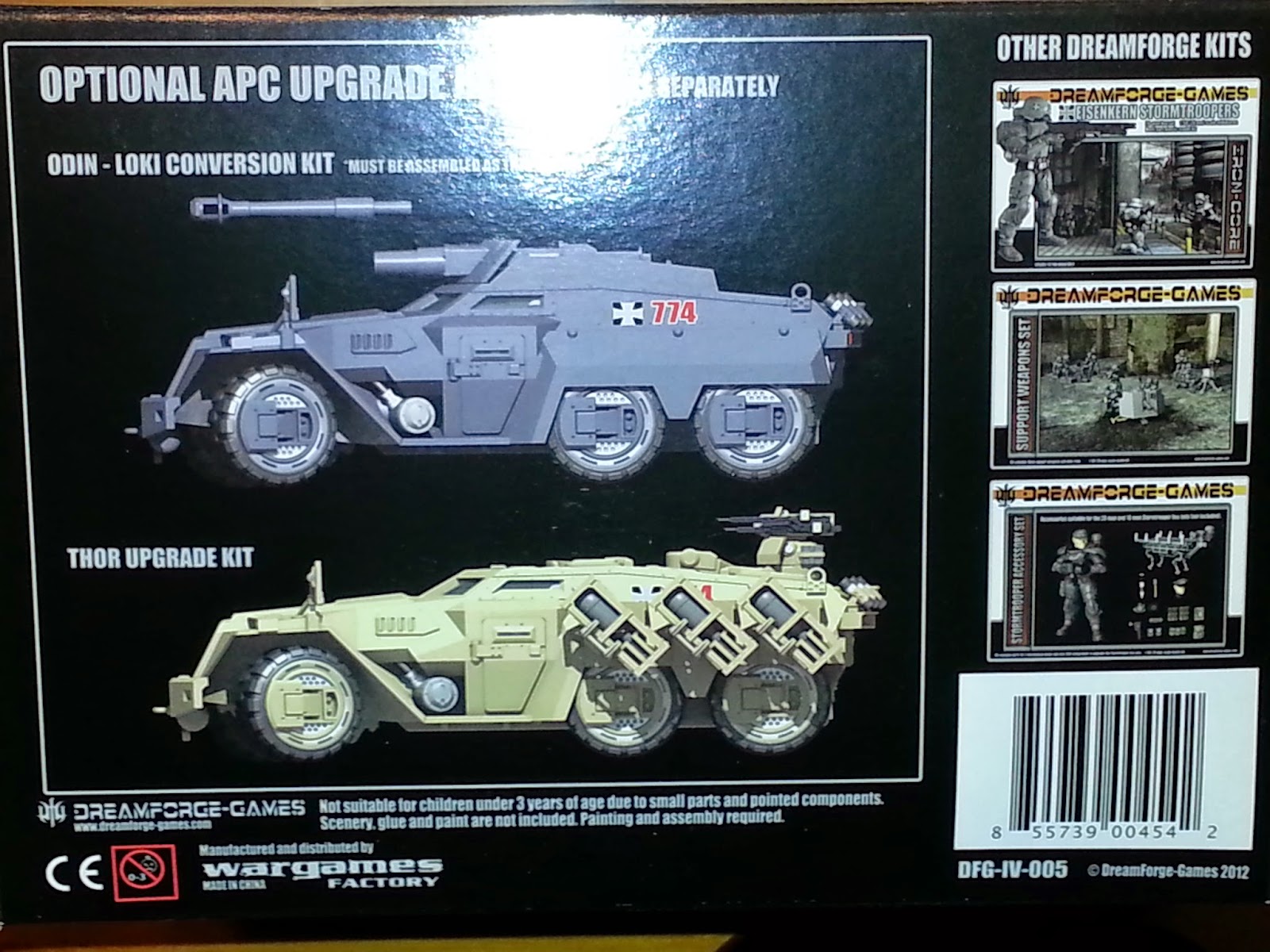 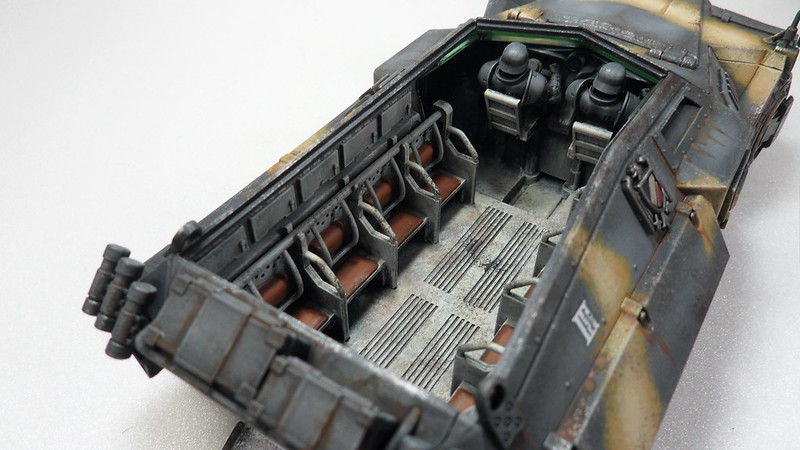 The excellence of this product shows in the little details, such as the glasses, which have a greenish finish that simulates the looks of bullet-proof glass. Outstanding! 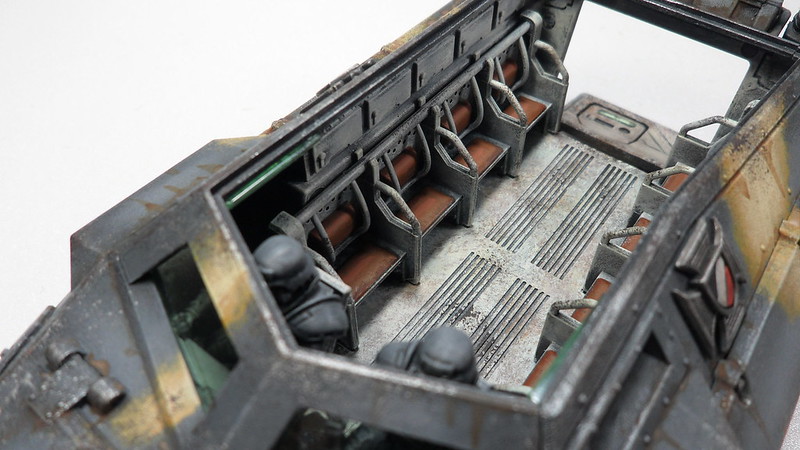 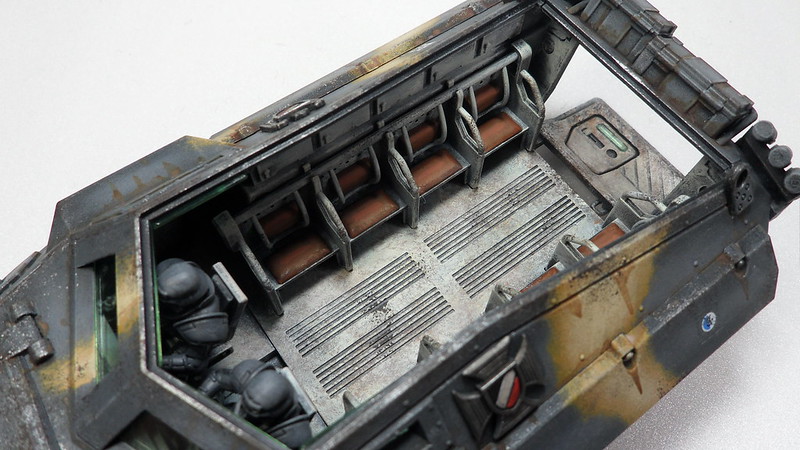 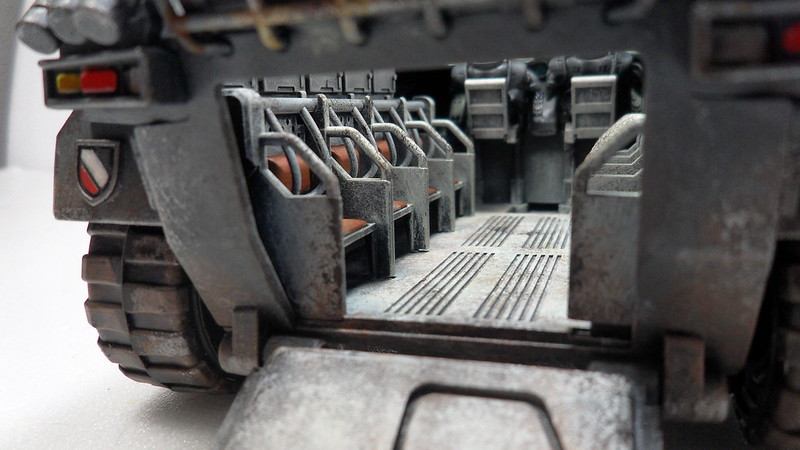 Here is the second keilerkopf, painted with slightly different cammo stripes and a different coat of arms on the left side, but otherwise pretty identical to the first. 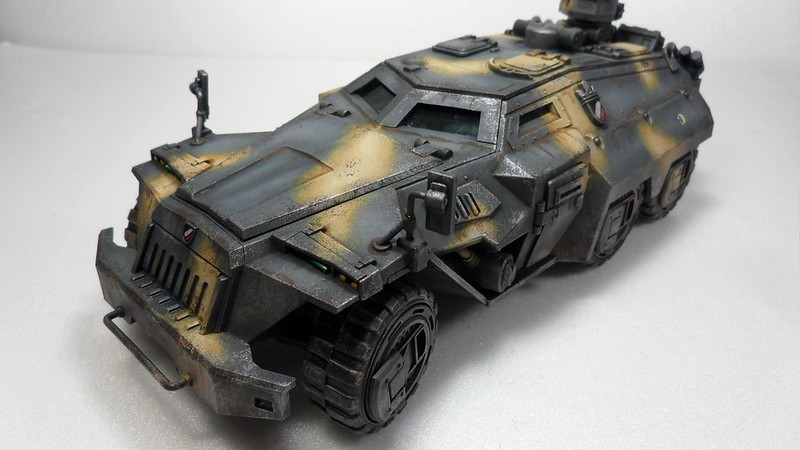 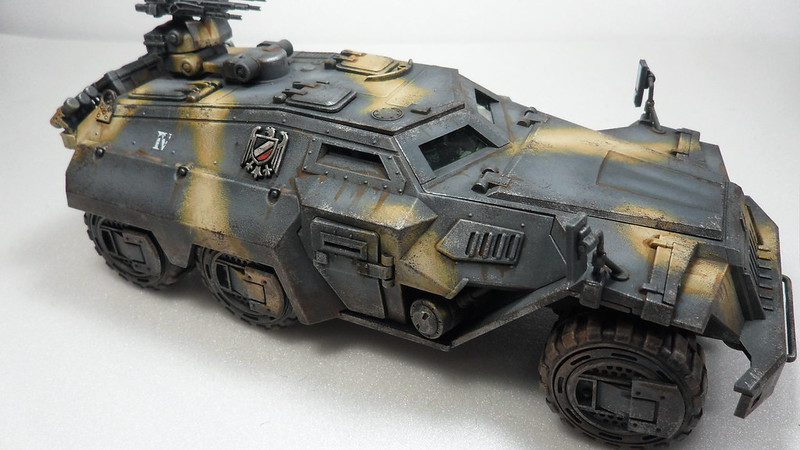 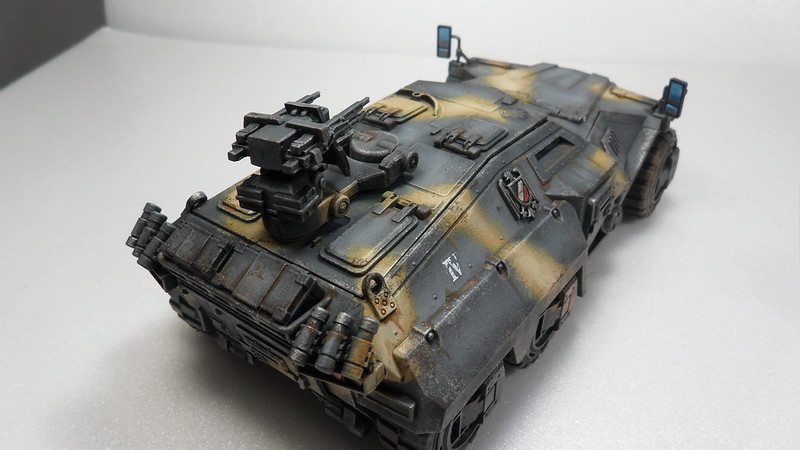 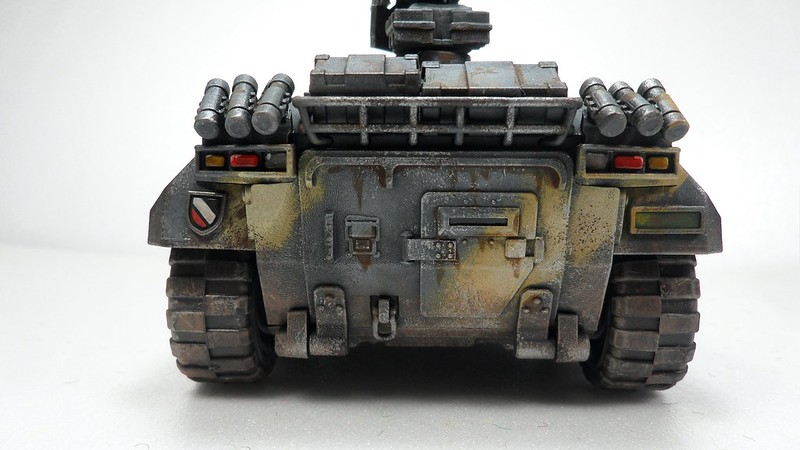 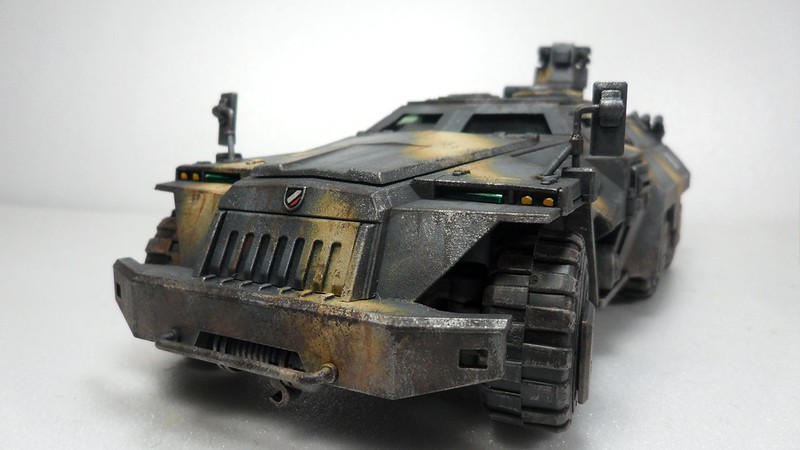 Here are some scale shots of the tank next to an eisenkern trooper. Pretty big vehicle! 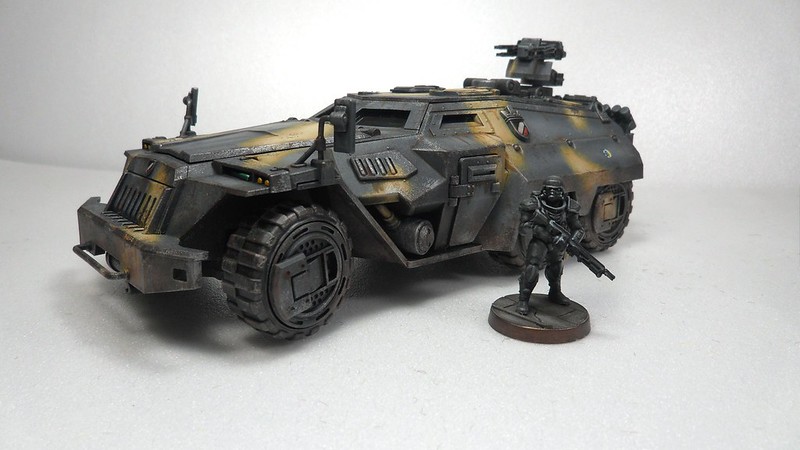 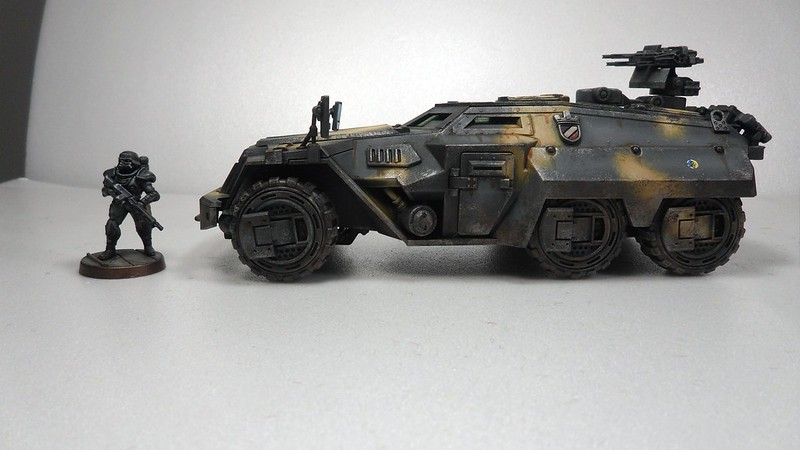 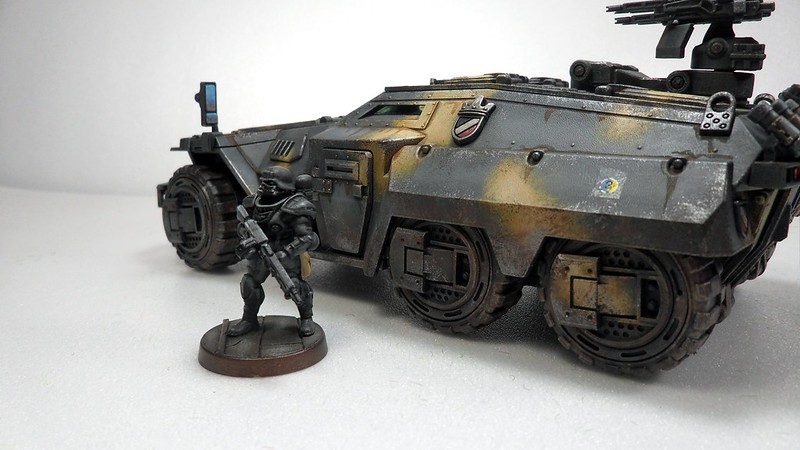 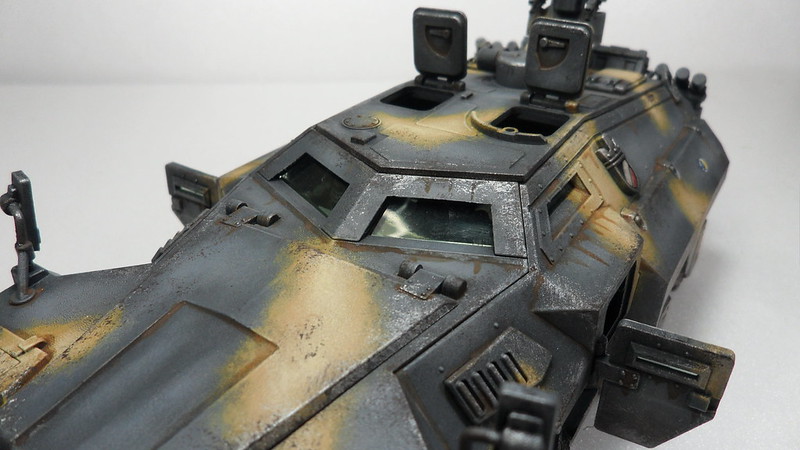 And look at the number of moving parts on that model: 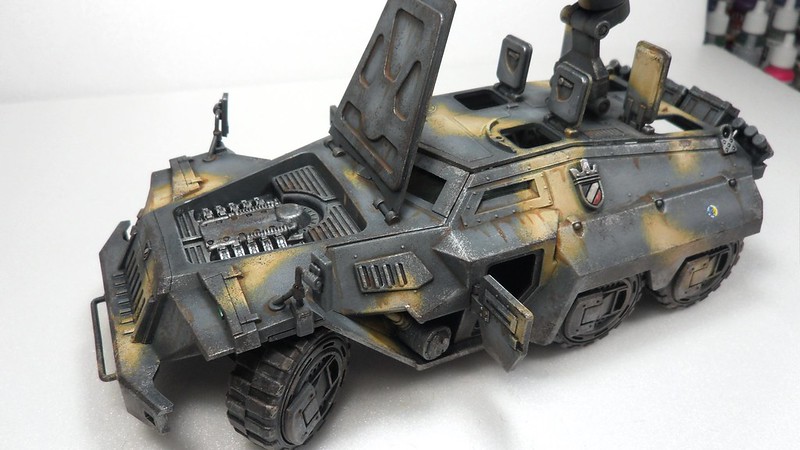 I liked the keilerkopf so much I'm ordering a couple more, along with some heavy troopers and heavy support also recently released by Dreamforge.