Here it is, the Roman army assembled for battle! This is one of the two armies I had planned on doing on 2015 (the other being napoleonic austrians), and I managed to get it to a pretty good size. The only thing I can see myself adding to it is another 3 units of legionaries, to complete a legion.

As it is, the army comprises the following: 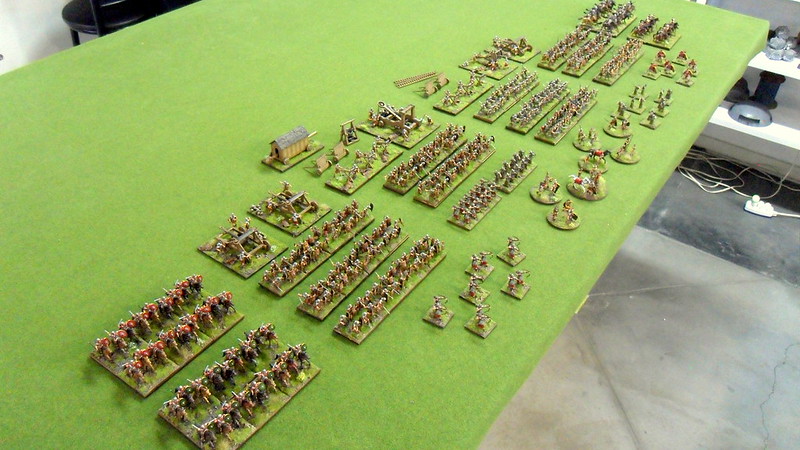 The army has also got some fancy items of siege, such as ladders, a ram, a cauldron, wheeled wooden shields, etc., just to add some nice visual flavour to a siege scenario we eventually play.

For close ups of each unit, you can check their own specific post under the entry "Roman" or "Hail Caesar" on the column of topics, to the left of this blog layout. 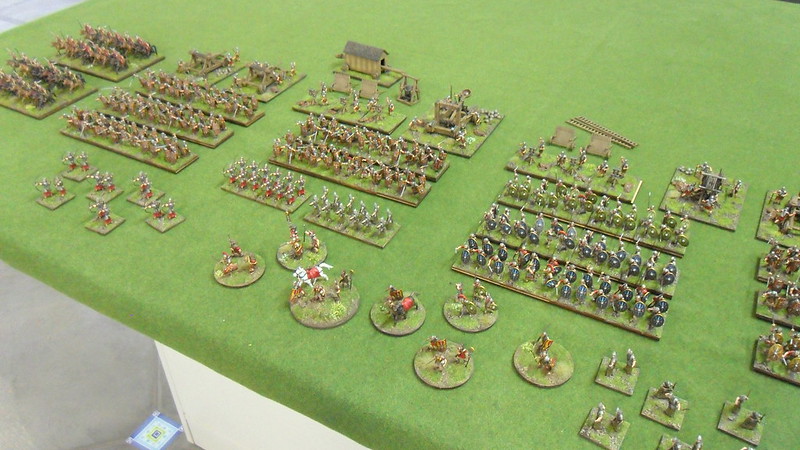 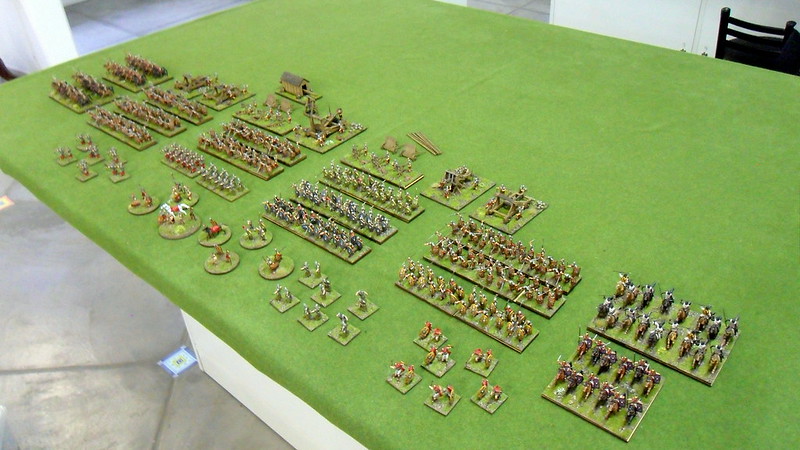 In total, there is about 450 models to this army, and it's funny to think that, in real terms, this would make up for less than a single cohort (!) in a roman army, and the romans would rarely put an army to march with less than 3 to 5 legions, each composed of 10 cohorts, along with an equivalent number of auxiliares, hundreds of horses and baggage!

It makes one consider the awe inspiring sight it must have been, to see such a large body of soldiers all deployed in open field. Imagine the trouble keeping everybody well fed, maintaining order in camp and, most of all, properly commanding this mass of armor and swords in battle! 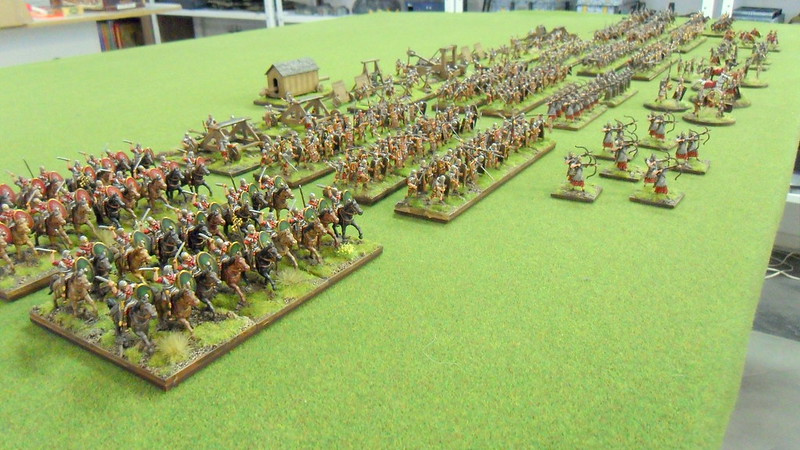 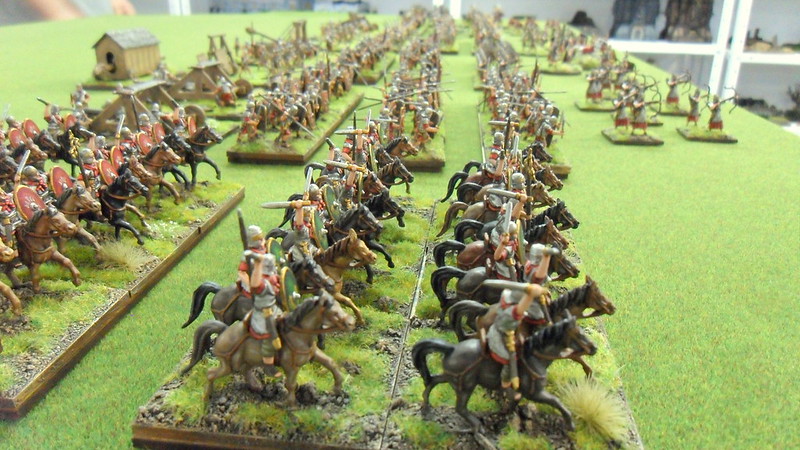 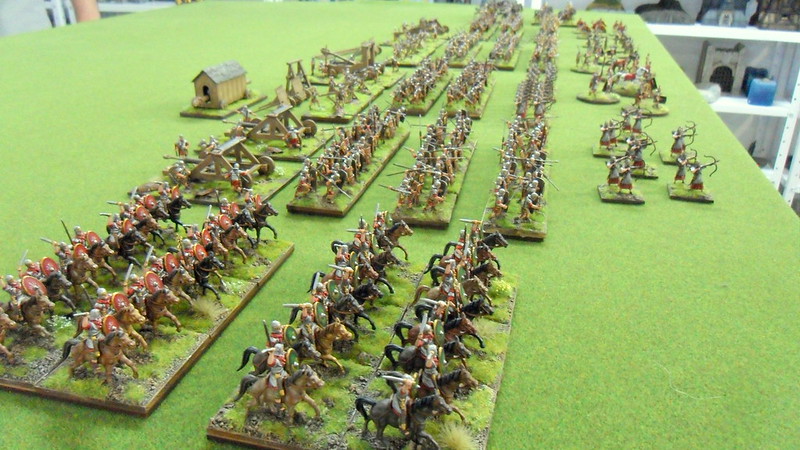 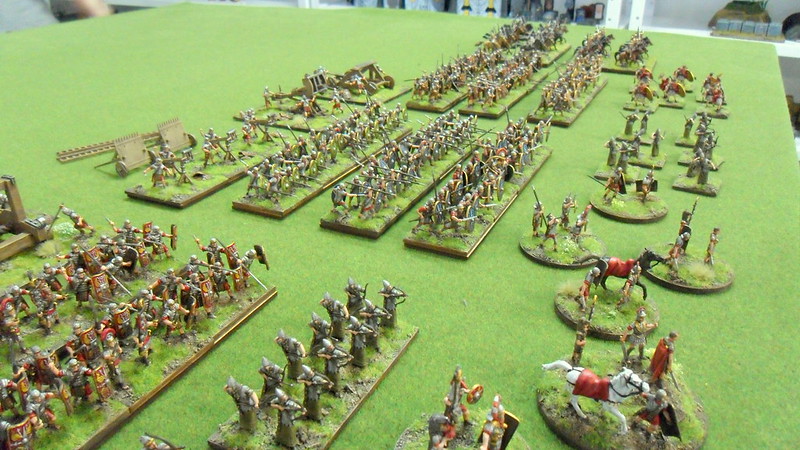 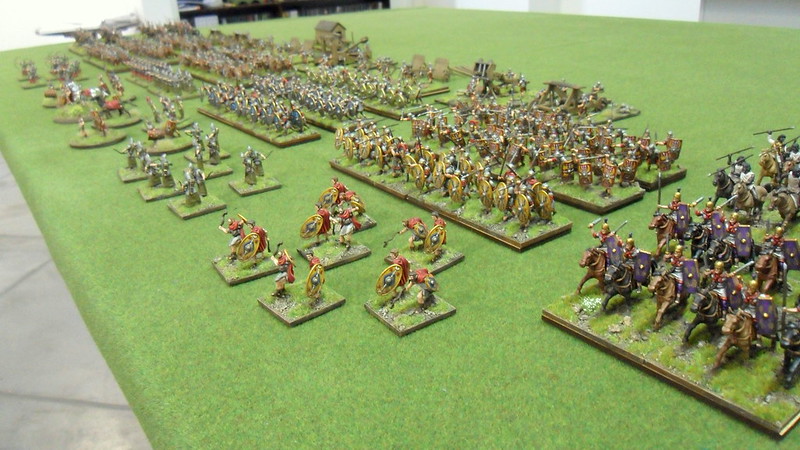 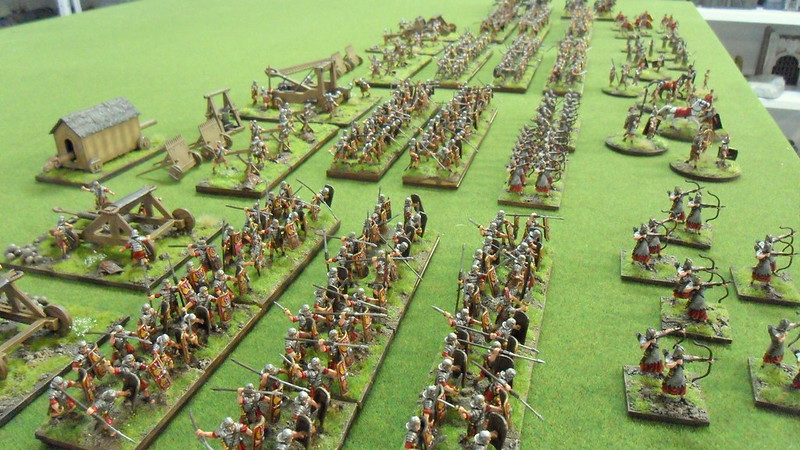 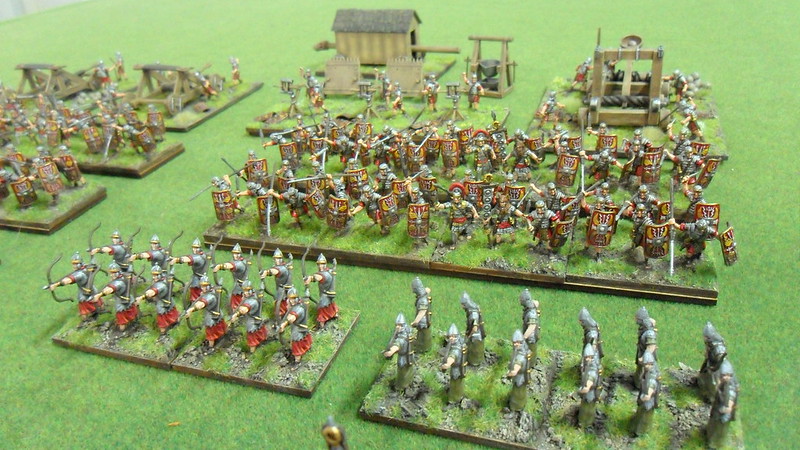 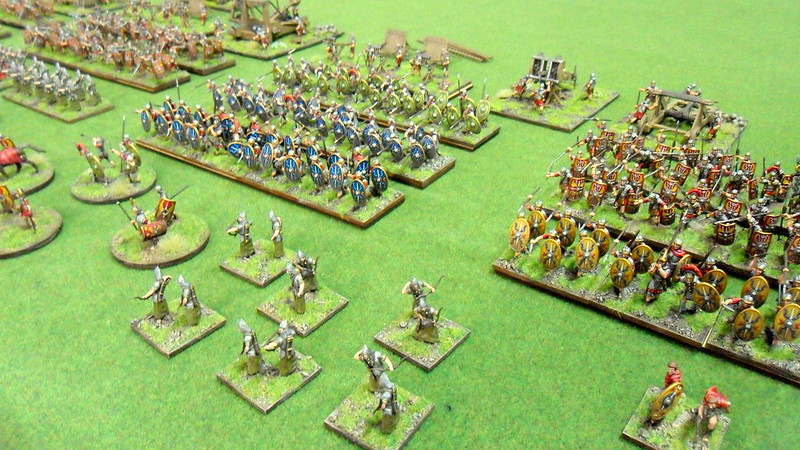 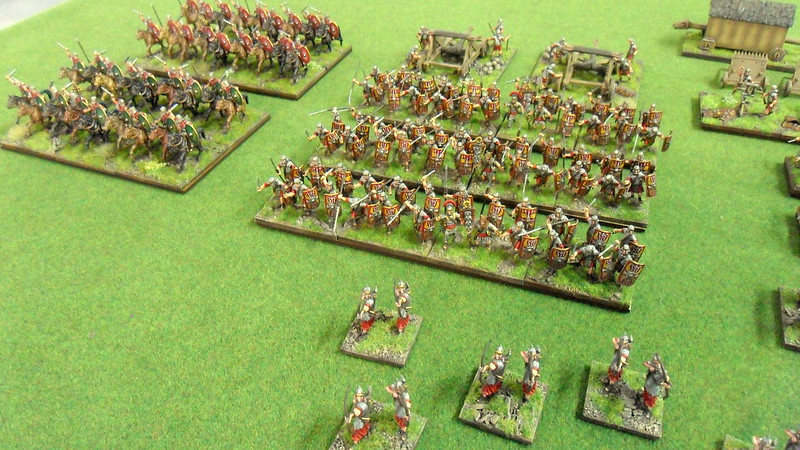 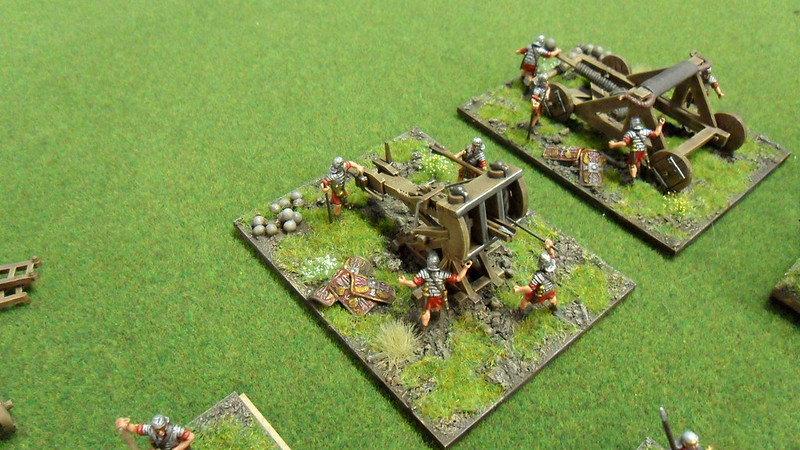 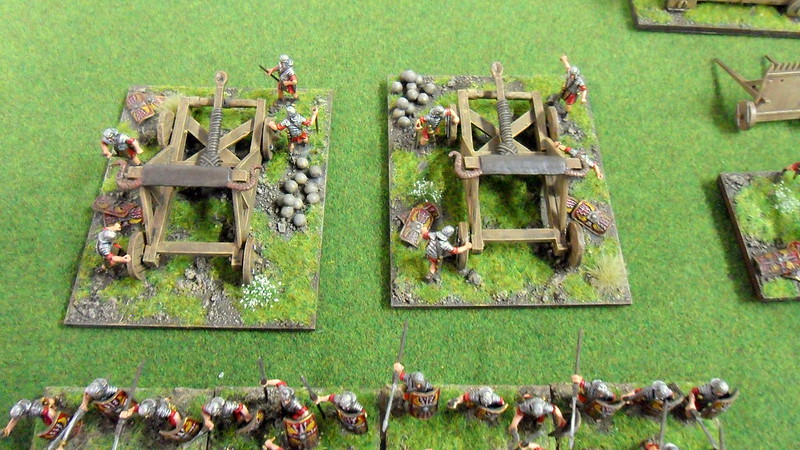 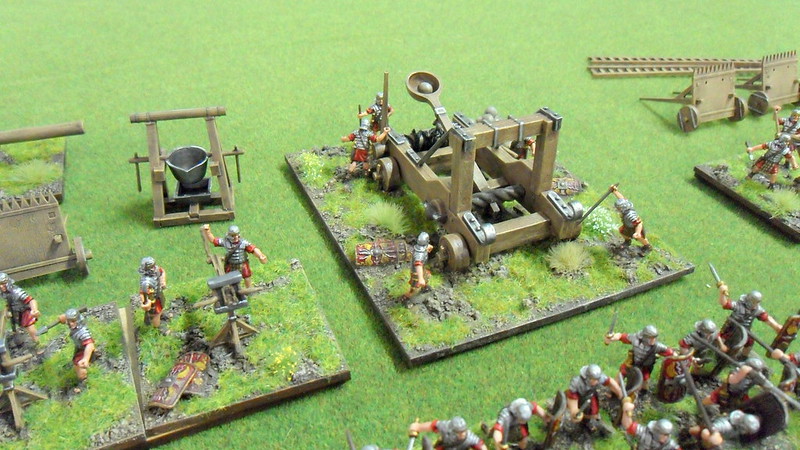 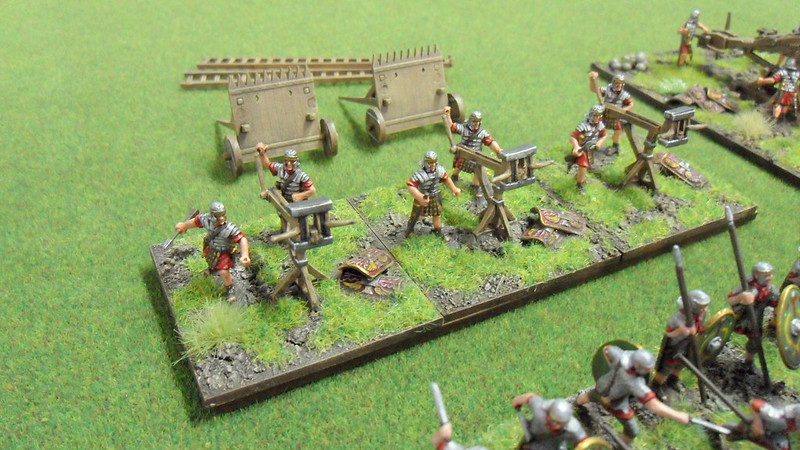 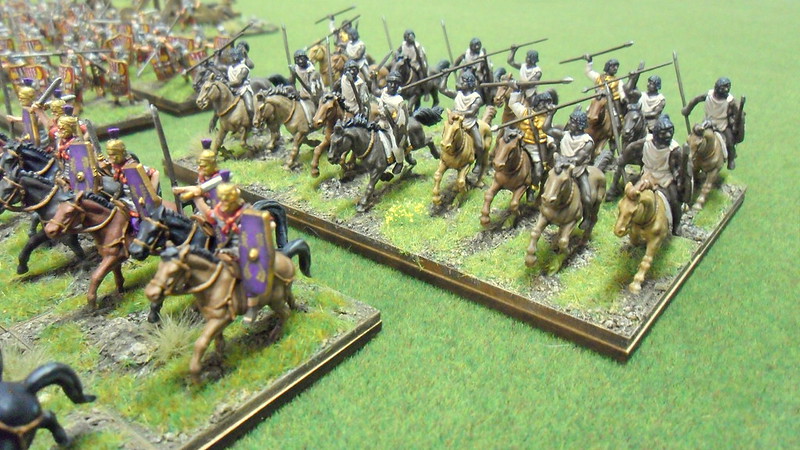 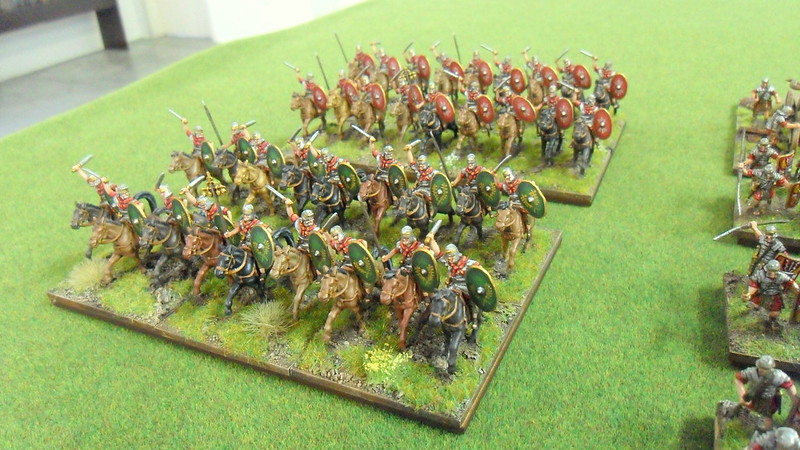 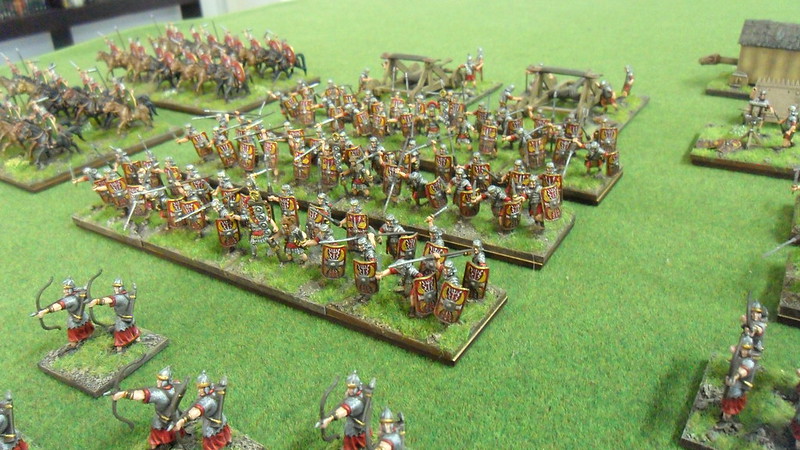 Now I new a few hundred barbarians to fight them, and this is a project that's going to keep me busy for the whole first semester this year.
Posted by Matgc at 3:37 AM