I've finished a couple more units of line infantry for my peninsular british, and this time I added flags to them, using the standard bearers in the Hat British Command kit. That's a rare kit in the market, being out of stock for quite a while, but I managed to grab 3 on ebay over the last year, each with 4 standard bearers, so enough to fit my existing and future battalions with one flag each.

That kit also gave me other options of command figures, such as a drummer and a mounted officer, which I also added to this unit. The rest of the models are from the Hat Peninsular British Infantry kit.

This first battalion of my latest batch has blue facings, and for the flag I chose to use the King's colors. They also come accompained by a few bases of skirmishers. 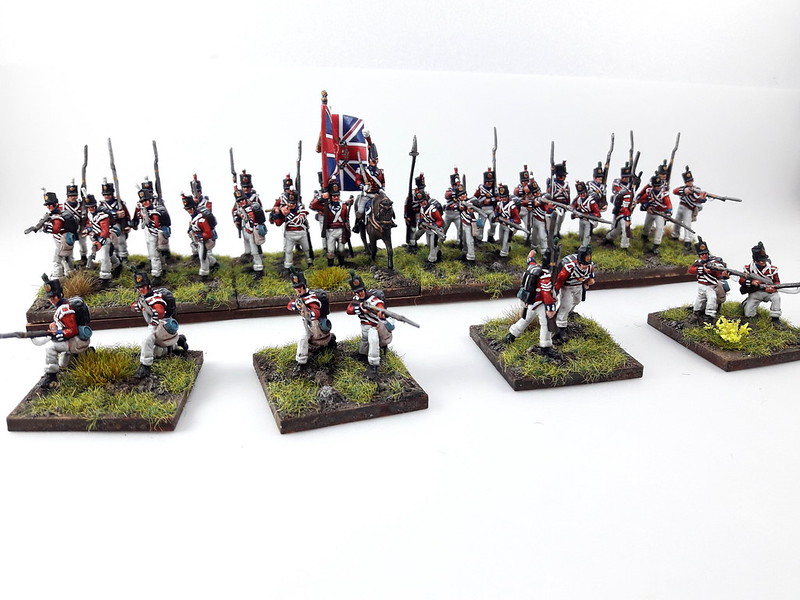 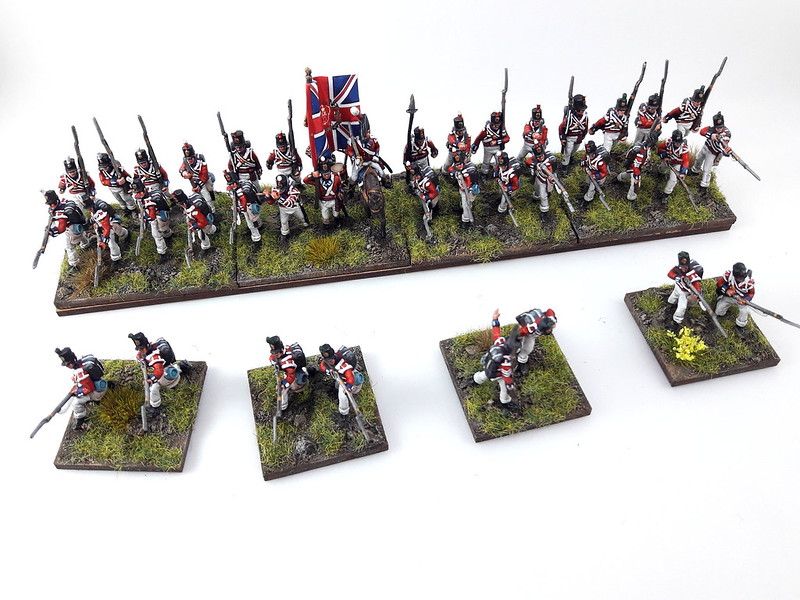 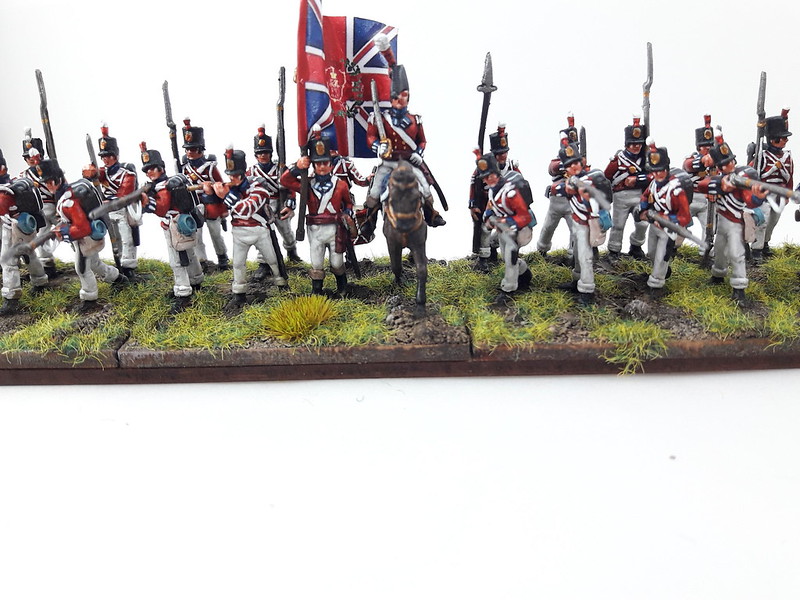 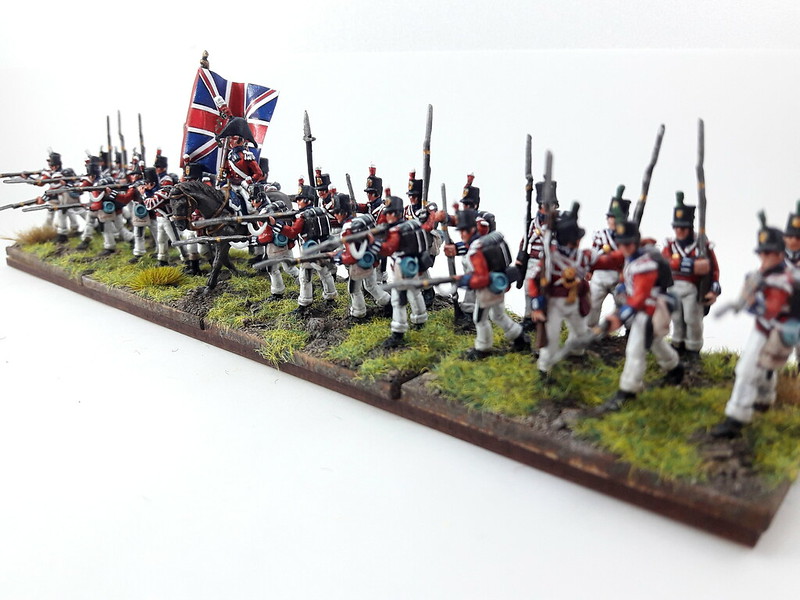 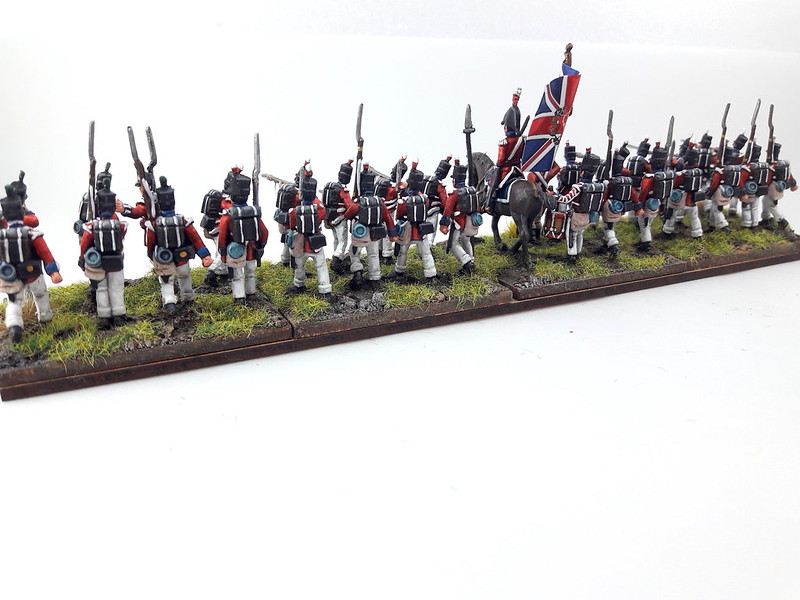 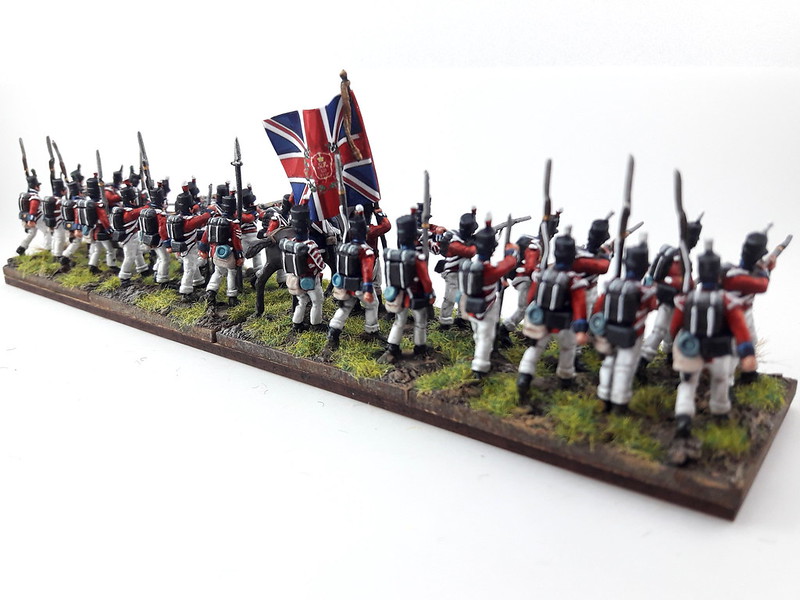