Some Vorlons and some Fighters

My small Vorlon fleet from Agents of Gaming arrived a couple days ago. 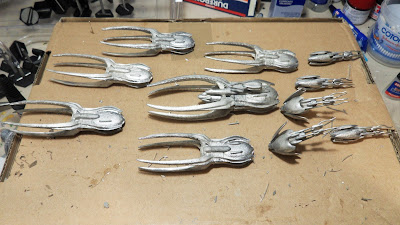 The reason it is so small is because the vorlon ships are so powerful, and therefore are going to be worthy so many points in any ruleset, that I'd hardly have a chance to field more than that on any single game.

I'll be painting them right away, along with the Minbari fleet, to post them on a contest going on on the Star Ranger Forum.

My Star Wars fighters, from Studio Bergstrom, also arrived this week. They came along with their silicon bases, which I already mentioned on a previous entry. 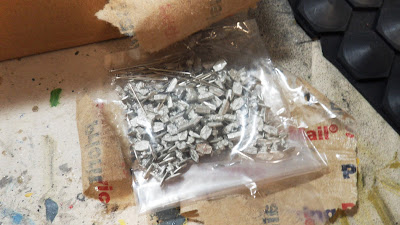 Fighters for the galactic Empire. Some Tie, some interceptors and some bombers. 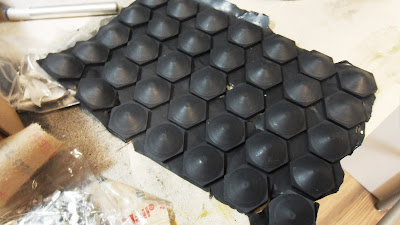 And here are the silicon bases, ready to be cut out.

When I'm done painting the fighters, I'm going to post about them, but let me assure you those little toys from Drew, at Studio Bergstrom, are unbelievably detailed. Because of it, a little drybrush over a black basecoat is enough for them to look outstanding!

More on those vorlons and fighters in a few days (hopefully, painted...).