Anyone who collects 1/72 napoleonics knows that there is a lack of quality French infantry in that scale. Not for lack of trying - there are a lot of kits from several manufacturers on that subject in that scale - but they are either poorly sculpted, their uniforms historically inaccurate, or both.

I've always especially resented the lack of a good option for pre-Bardin french infantry in gaiters - for me the most beautiful infantry uniform of the period!

Luckily, if not in plastic, at least in metal there are options in that regard in 1/72, offered by Franznap Miniatures, so I decided to give them a try, even though I was not looking forward to working with metal for my napoleonics. 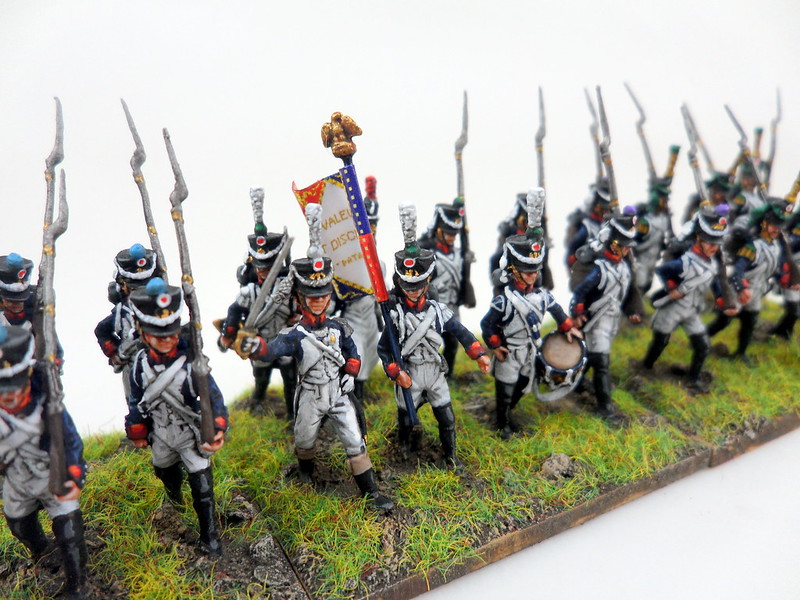 The models are beautiful (though I find some of them to have excessively long necks!) the uniforms are accurate, detail is crisp and they paint up really well. The downside, as I already suspected, lies in how flimsy the tiny metal parts - such as bayonets and extended swords - can be. I had a few of them break in my hands as I was attempting to put the models together, regardless of the care I was investing in that task, so I fear for their durability in the gaming table.

While I was going through the ordeal of assembling and dealing with fragile metal minis, I often thought it was not worth it, but now seeing the end result, how beautiful this unit looks, I kind of feel tempted to do more of these (!) 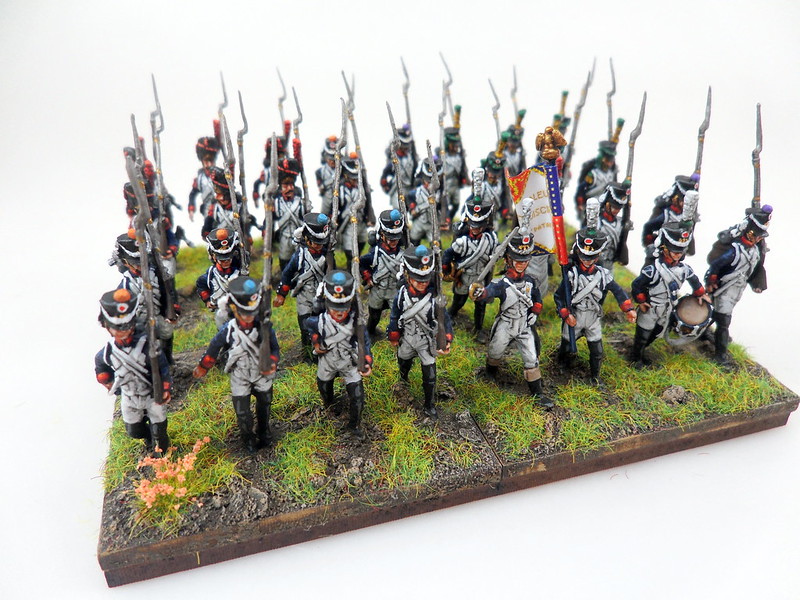 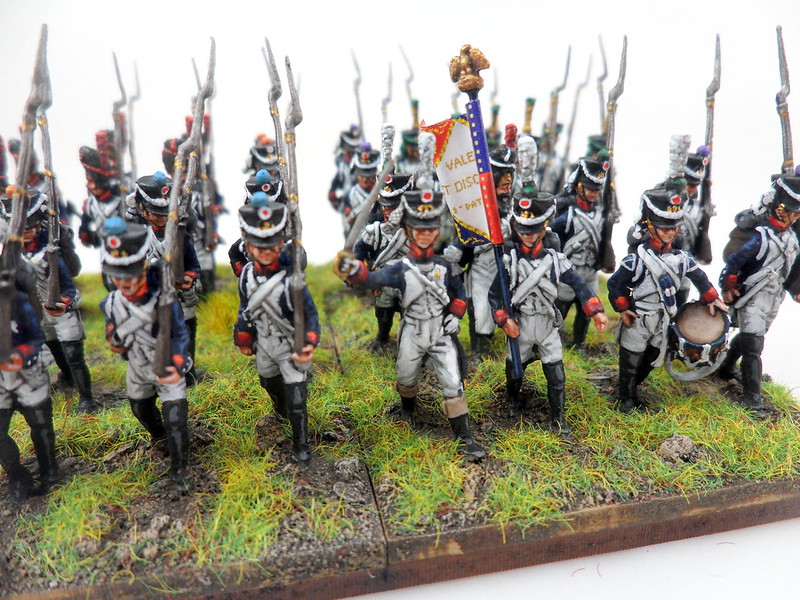 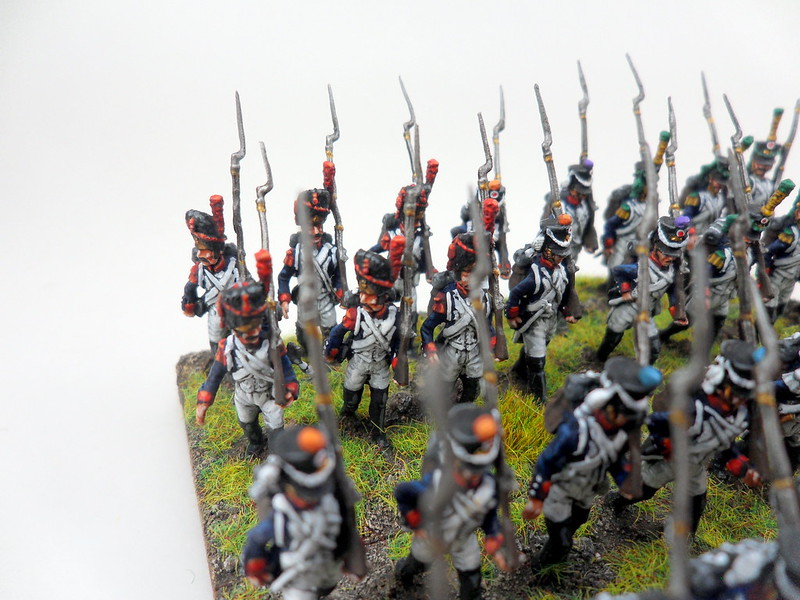 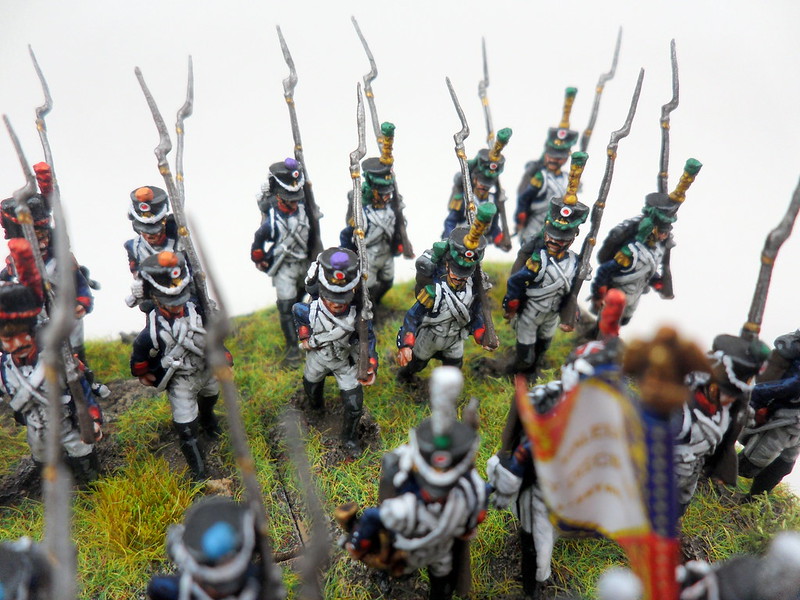 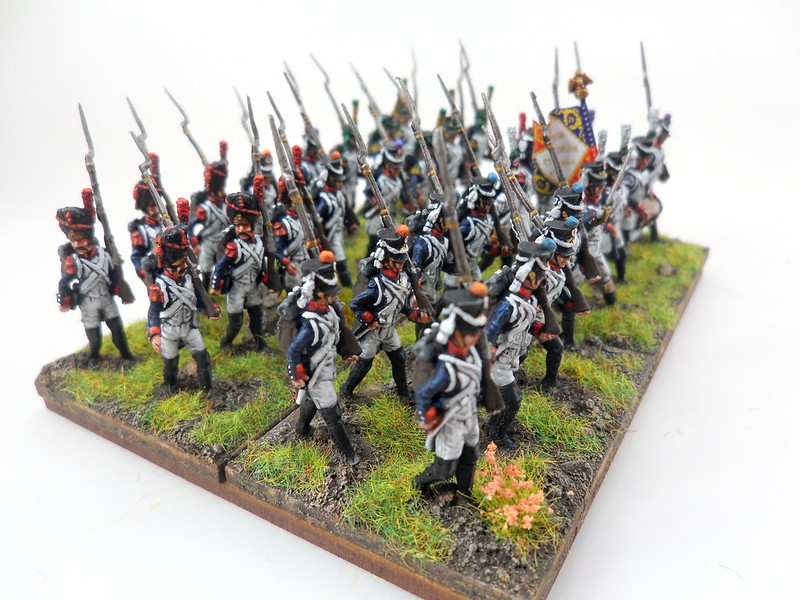 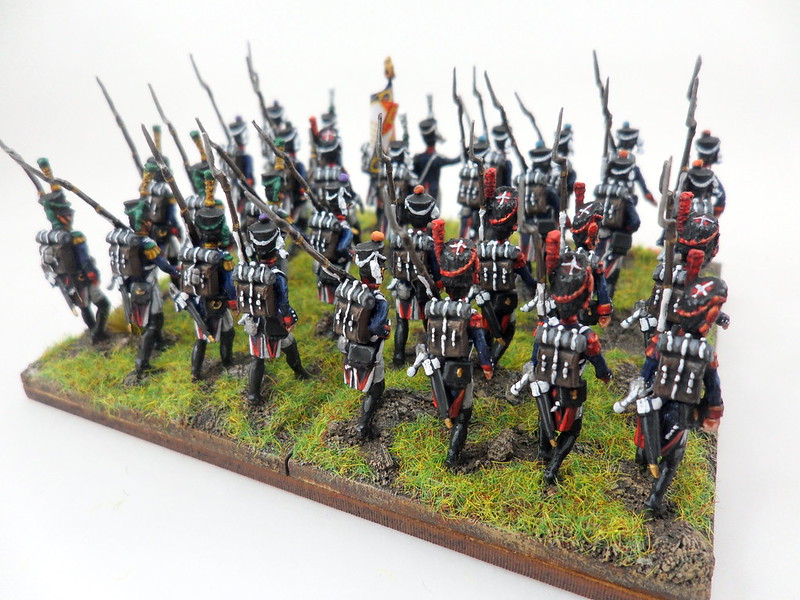 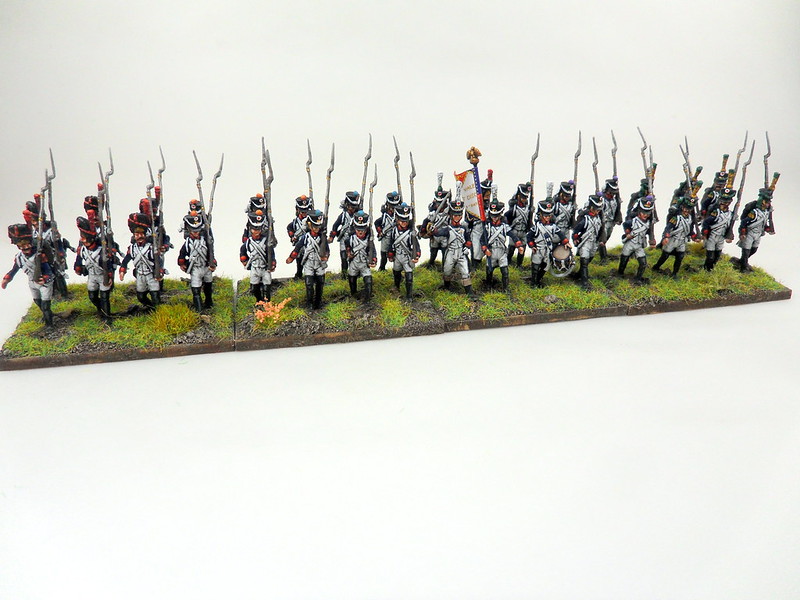 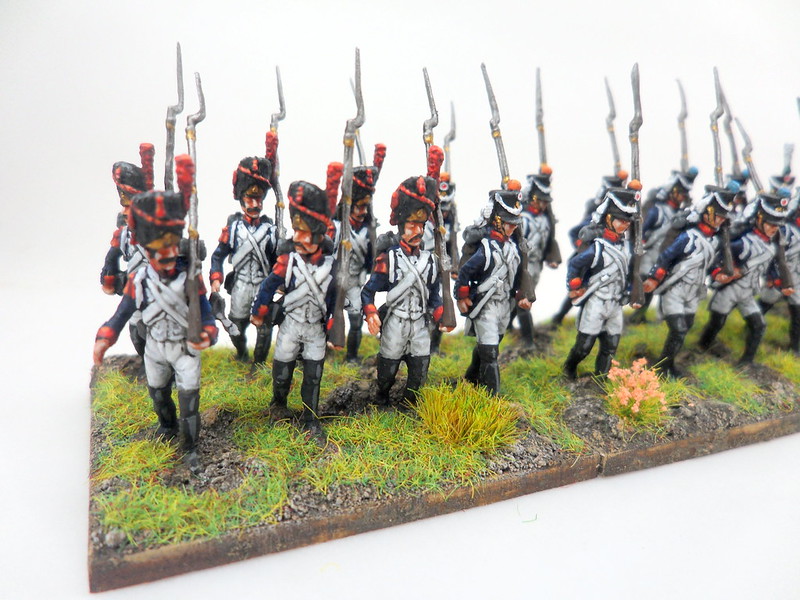 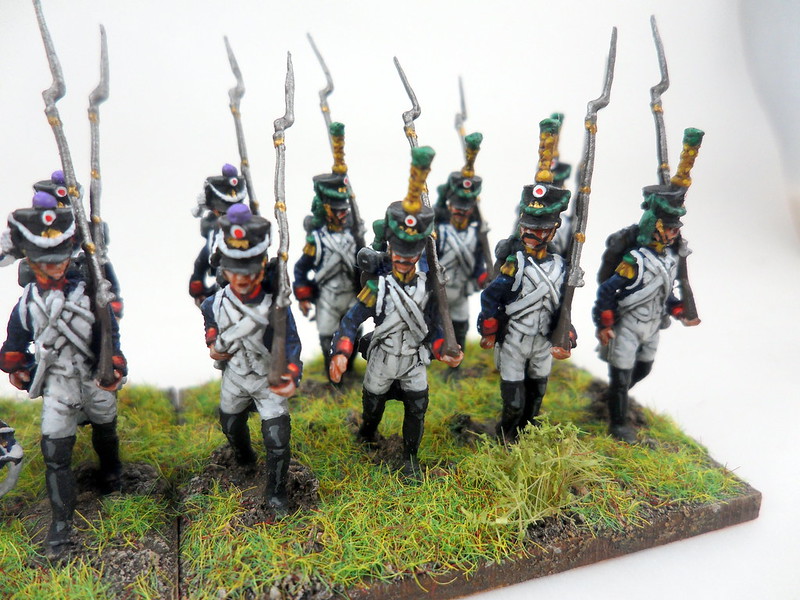 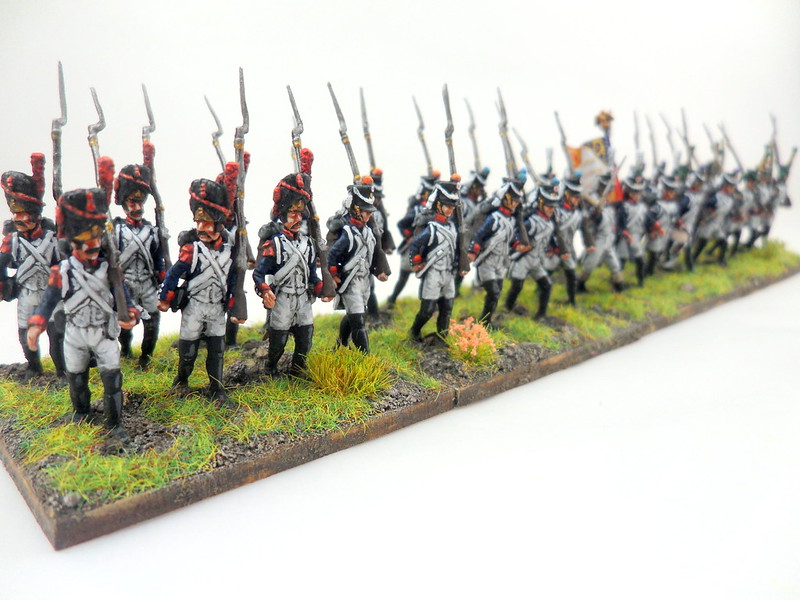 I have another unit from Franznap to show here in the blog in the coming days, the Marins de La Garde, so stay tuned!

I'm finally better from that tendinitis I had on my elbow for the last several months, so I'm going to pick up the pace on my painting now - or at least that's the plan!