... Because there is no such thing as too many power-armored Space Nazis, right?! Specially when they come with twin-linked machine guns on a large shield, and a powered dagger, to close the deal at close quarters, if needed be. 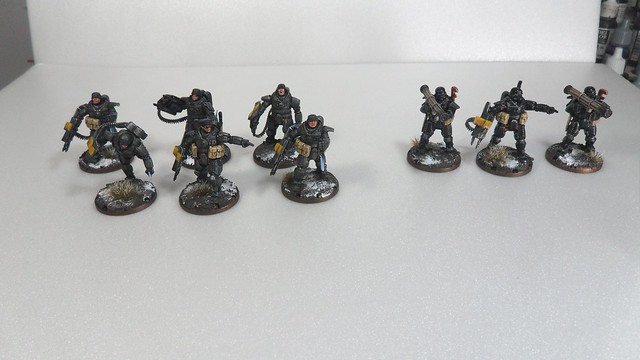 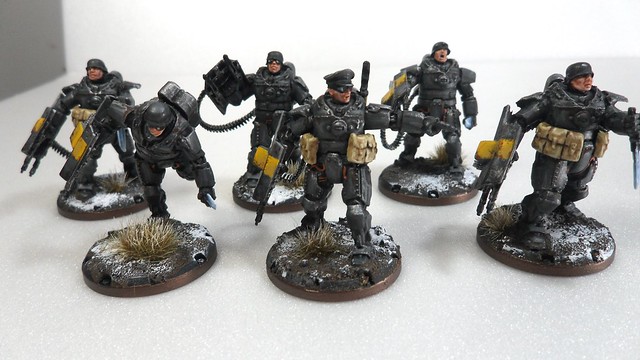 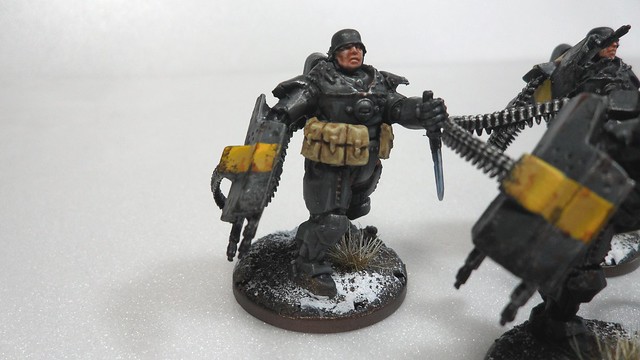 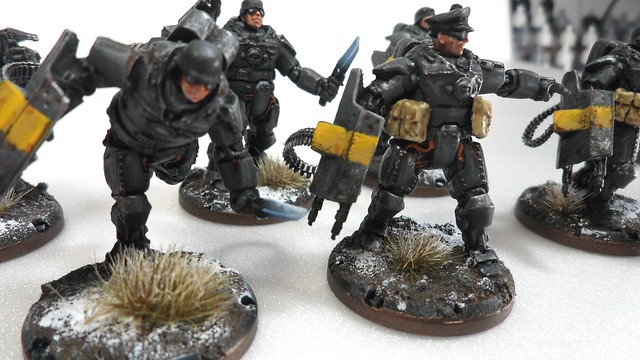 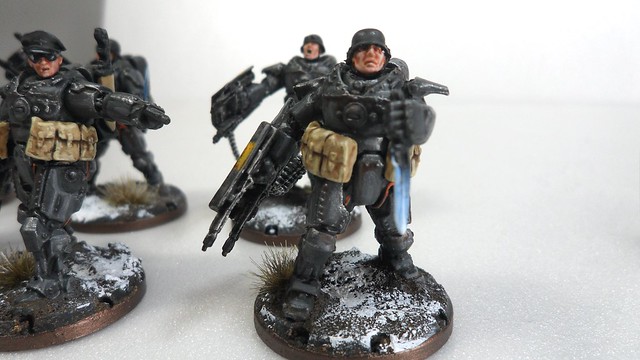 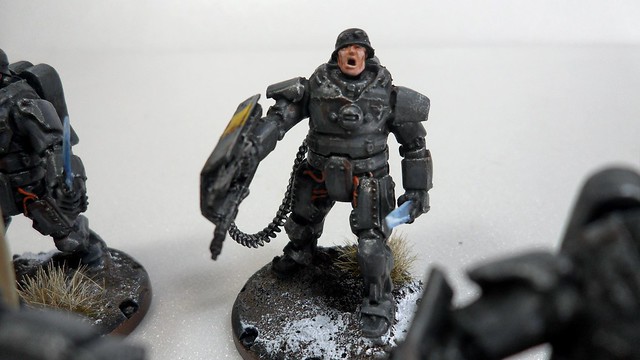 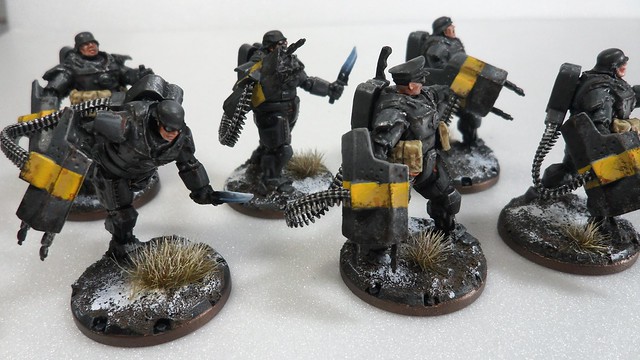 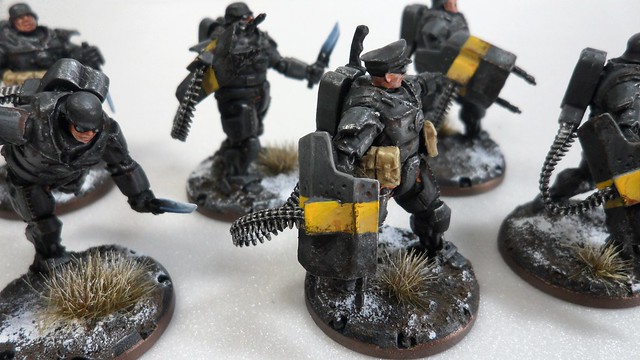 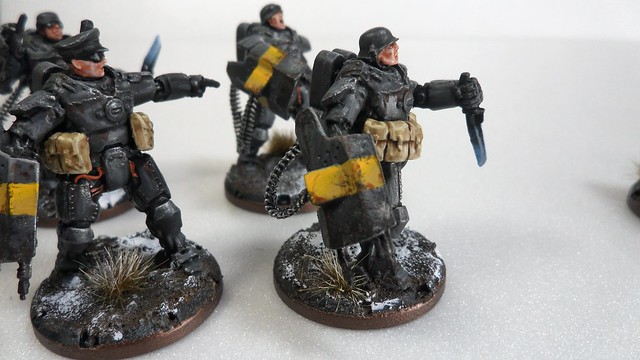 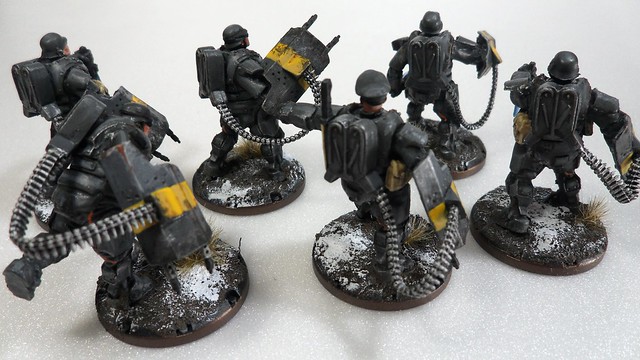 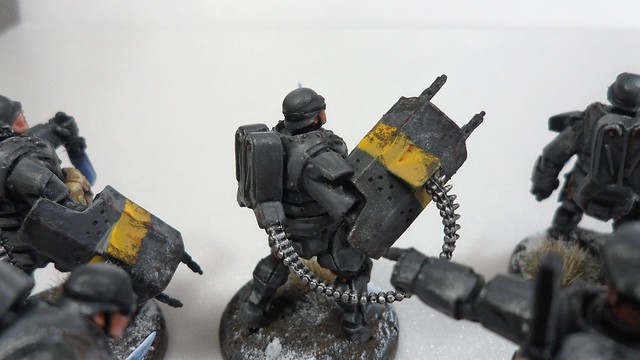 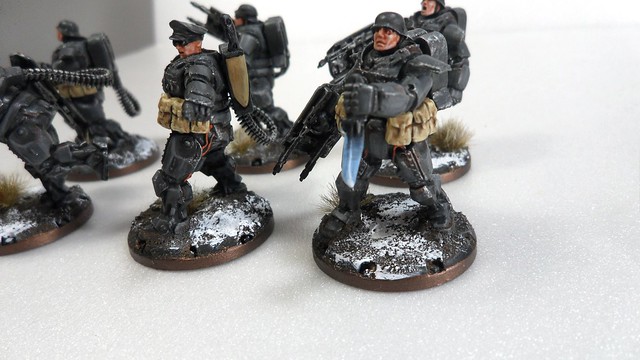 Even though I quite like those Dust models, they have the downside of being made of plastic resin, which means they suffer from some bending here and there. Nothing that can't be fixed with the hot water-cold water technique, though. This guy on the left of the pic below, for instance, has a bended weapon, which I already fixed with hot water but was too lazy to photograph again (!). 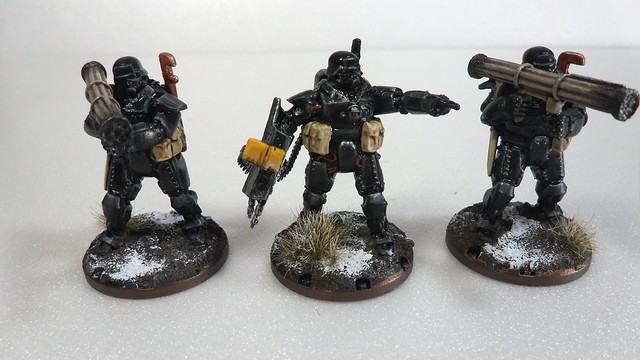 By the way, these guys in bright black armor will be from the SS. On my fluff for the 4º Reich, the SS employs specially engineered super soldiers, that some suspect to be clones, and that are unbreakable on their resolve to serve the Reich. These are the elite of my Space Nazi, and to further emphasize the mistery that involves their true nature (and perhaps, to hide the fact that they are all clones), they are always masked. Only superior officers of the SS ever show up unmasked.

The bright paint doesn't come out very well on pics, lots of details don't pop up, but in flesh, those models do look good in bright black armor. I used some Eisenkern spare heads to come up with these models, in place of the stahlhelm used by the the guys featuring on the pics far above. 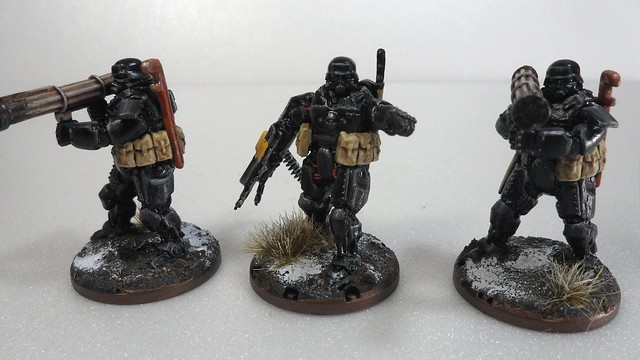 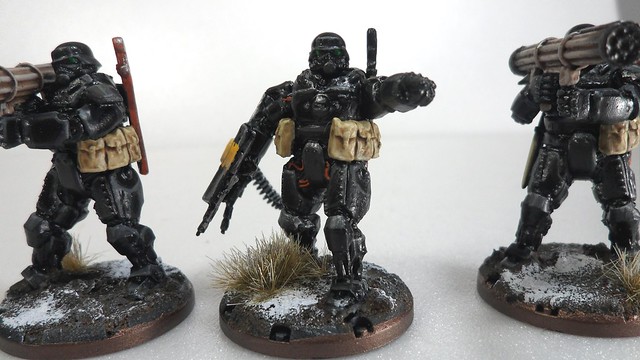 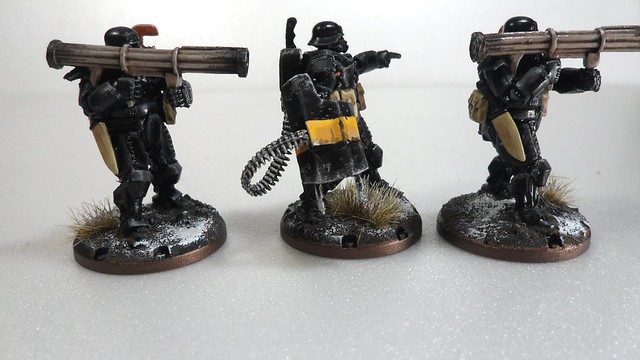 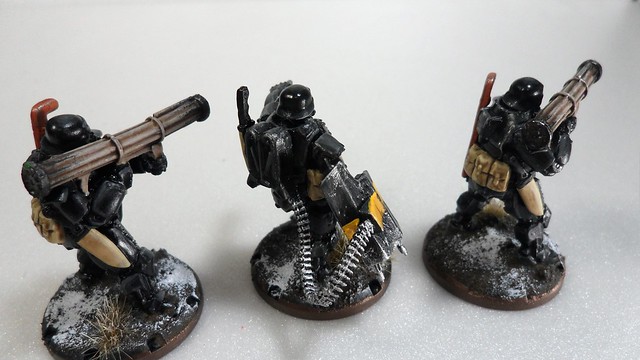 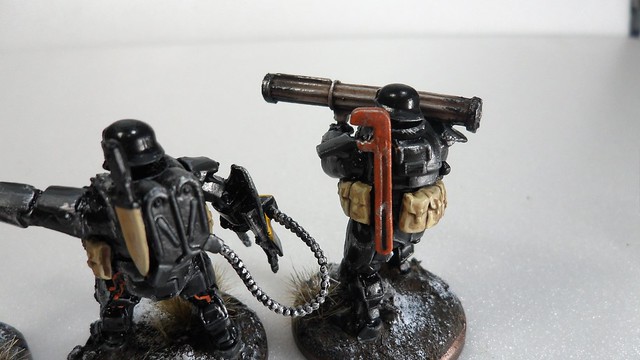 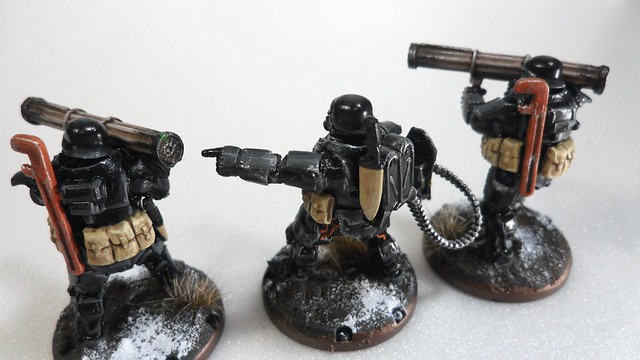 *End of Transmission*
Posted by Matgc at 3:52 AM