Following on with my project of the Dominion War, I acquired a Deep Space 9, from the Eaglemoss collection. This model is the closest in scale to the rest of my ships that I could find around.

Currently, Wizkids also produces a large scale model of this station, but that is way too big, while this one is only slightly on the short side, making it an easy choice in the end.

Here's my station after an upgrade to its painting: 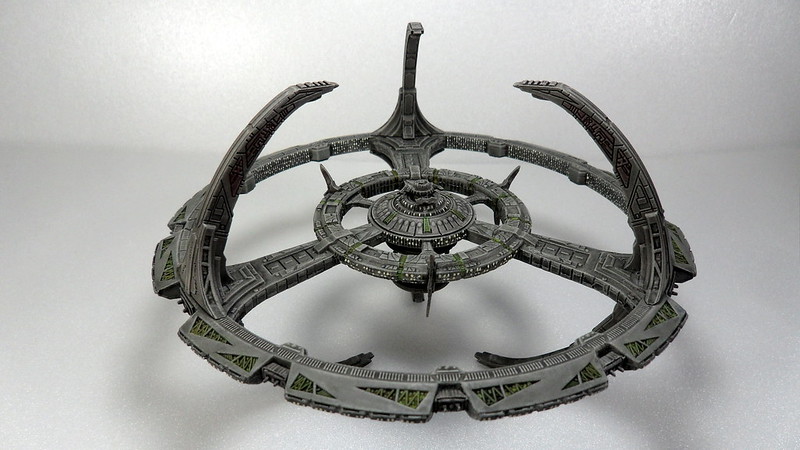 Here is the factory paint job, which is pretty good as it is, only lacking in contrast/shading: 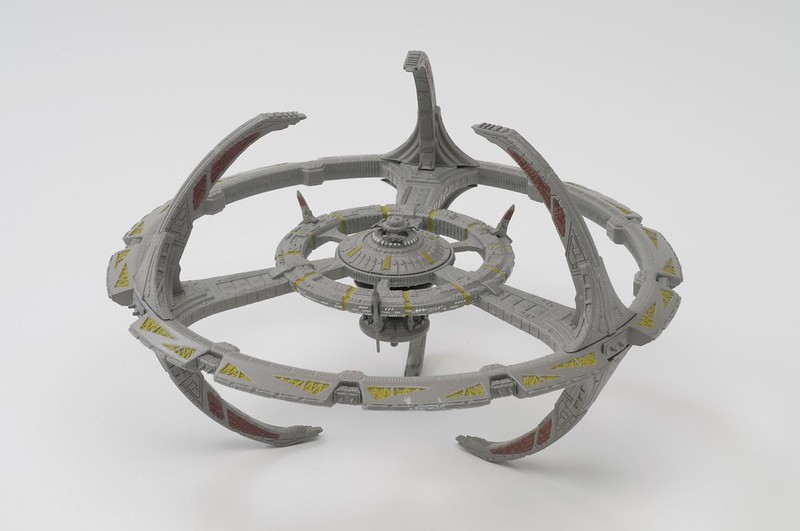 What I did was give it a coat of black wash, then drybrush it with light grey. I also applied some green glaze to the details in yellow (I think they look cooler in green) and then finally painted each single window you see on that model, including the entire outer ring, which was a pretty tiring task, but definitely helped bringing the model to life. 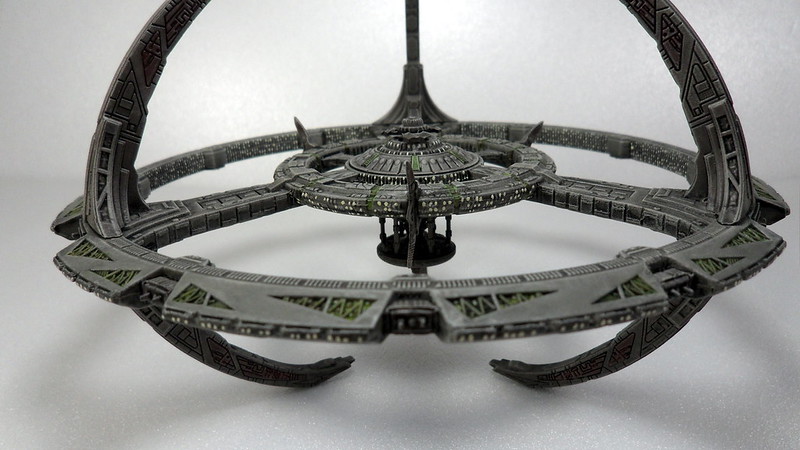 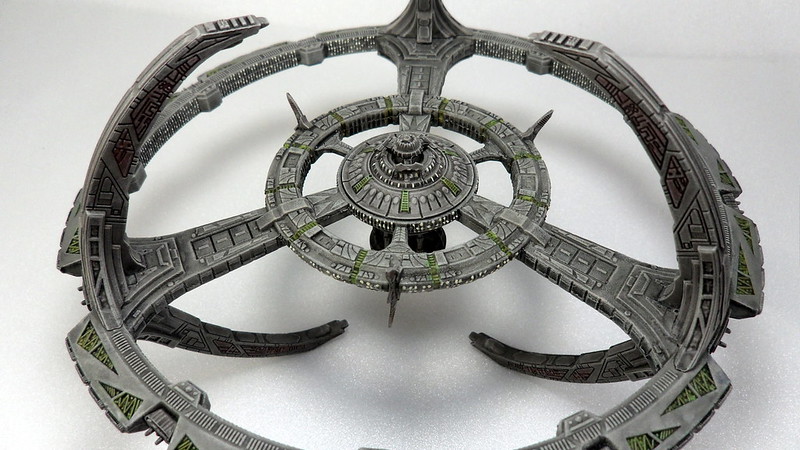 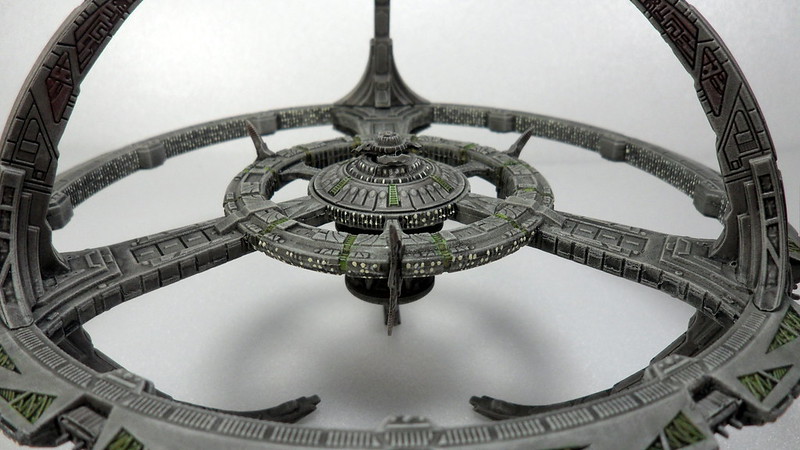 Here are a comparison pic to help show the scale of this model. It sits next to a Romulan Talon (about 90m long), a Cardassian Galor (481m long) and a Ferengui D'Kora (366m long). The DS9's diameter is 1451m, according to most sources, which means my model is very close in size, when compared to the rest of my collection. 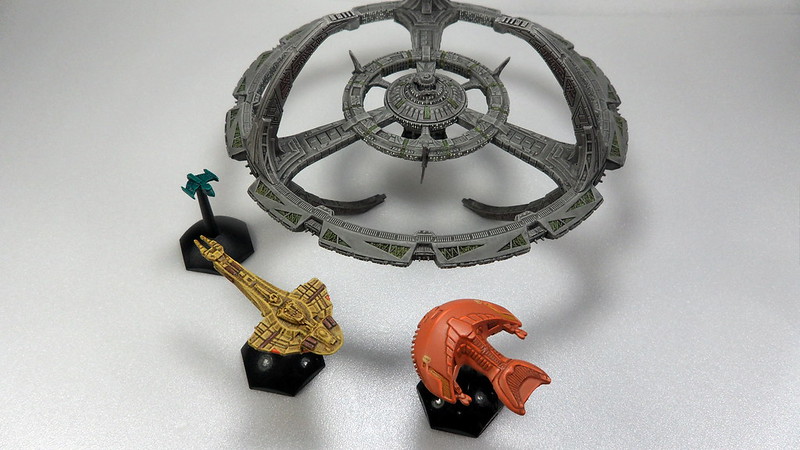 Here it is next to a romulan warbird: 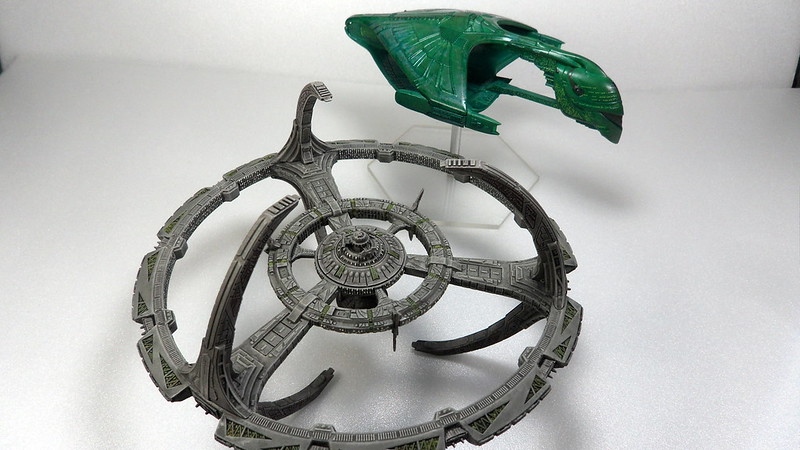 Speaking of romulans, I'll be showing my romulan fleet here on the blog soon, and it features those huge warbirds from Eaglemoss, some talons as that one from the previous picture, and a handful of Attack Wing Valdores.
Posted by Matgc at 4:38 AM