Endeavoring into a new Scifi Game - Beyond the Gates of Antares

Over the last 2 years, I've been missing playing a 28-30mm scifi wargame, ever since I stopped playing 40k, for several reasons, and haven't found a replacement for that particular "slot" on my wargaming habits until recently.

Then I came to know about this new game being developed by Warlord Games, and it has being growing on me steadily, as new renders and miniatures come out. Mainly, I really like the high-tech setting, with its utopic societies, the clean lines on the visual of the models, non-creepy aliens, all of which feels to me kind of Star Trek in style, and therefore its only natural that I become fond of it (!)

For my first army, I picked the Panhuman Concord, but I also have plans on building several others, as there is a lot of cool minis on the other factions that I think will be fun to paint. 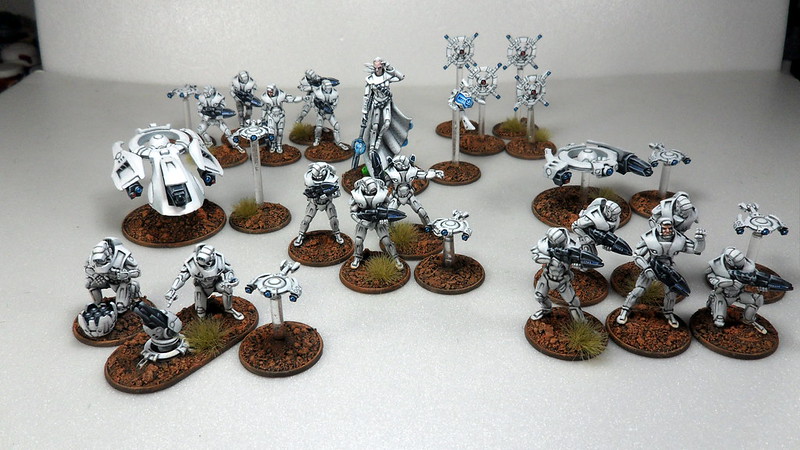 Currently, the game only offers metal kits, which means prices are somewhat elevate, but for what I understand, Warlord will be releasing plastic kits for at least the troop options (which are the bulk of what you'll need, anyway) of all factions over the next year.

Two factions, the Concord and the Ghar, are already seeing their first plastics with the actual release of the game, which is happening on november when the Starter Set begins shipping worldwide (it's currently available to pre-order on the Warlord website). Up until now, the game has been out as a Beta version of the rules that could be freely downloaded by anyone interested.

Now, back to my Concord army, I chose a white paint scheme for them, for I've seen several white Concord from other people on the Antares group on facebook, and it was obvious to me that they look awesome that way (ok, so I'm not very original, shame on me!).

Here they are. First, the X-Launcher team: 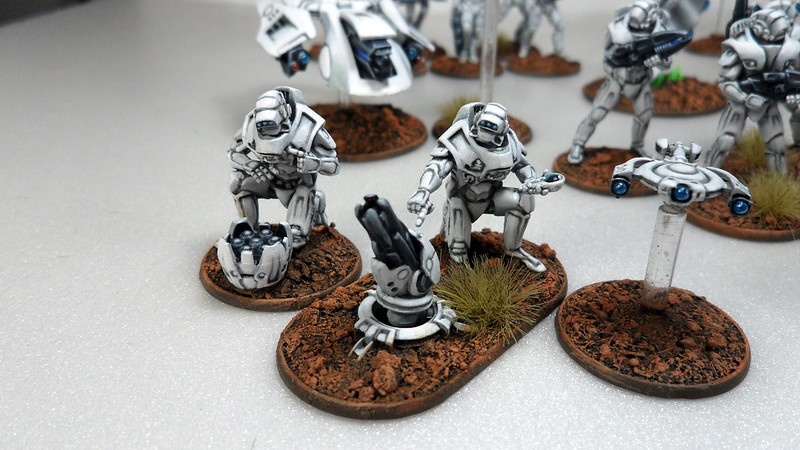 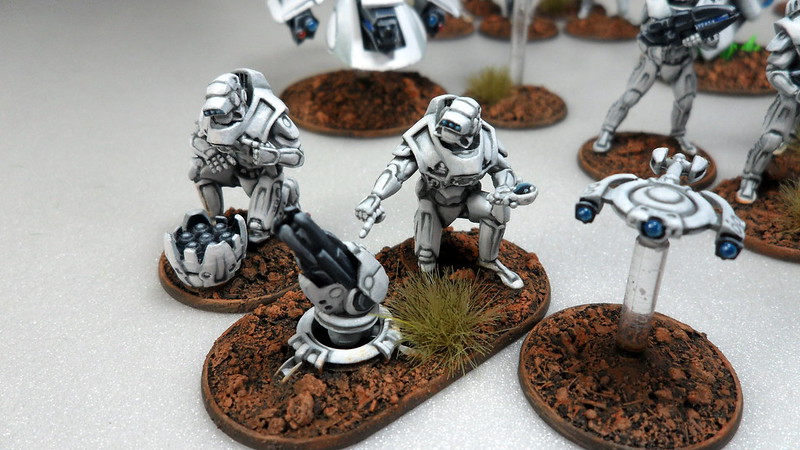 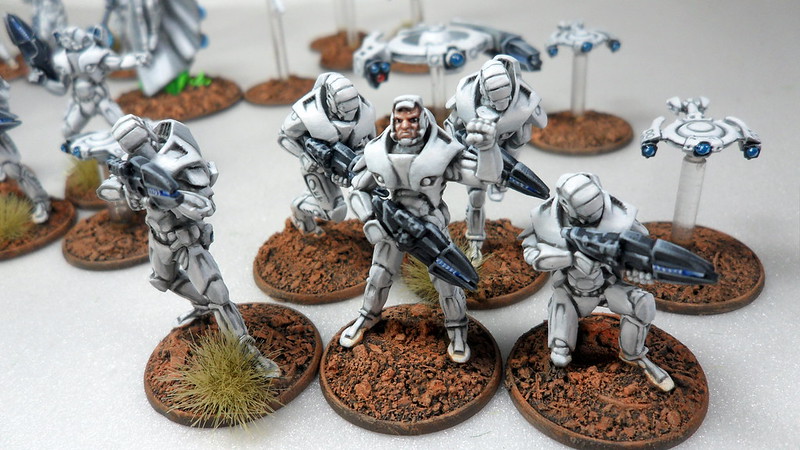 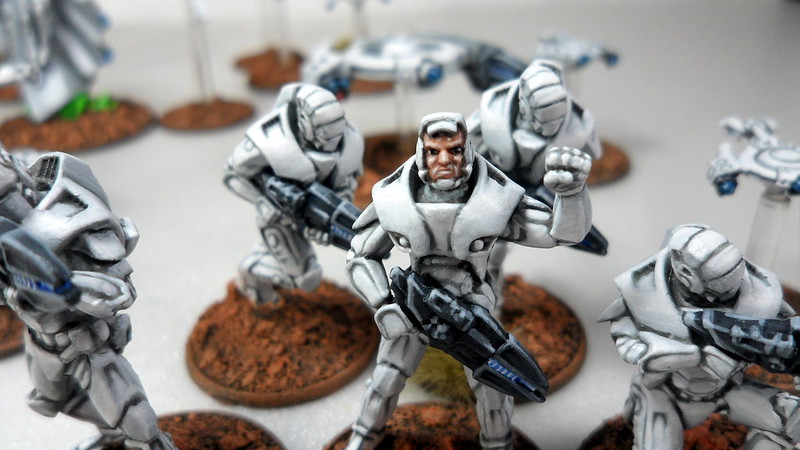 The actual commander is the model on the background, on the right of the pic, I should probably have placed him in the front for this shot, as dictates the dignity of an army commander (!), but, oh well, here you have a nice close up of one of his bodyguards, anyway. 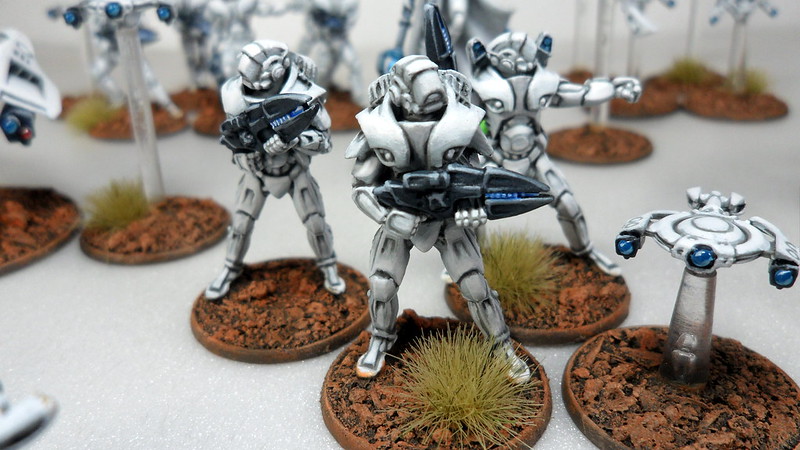 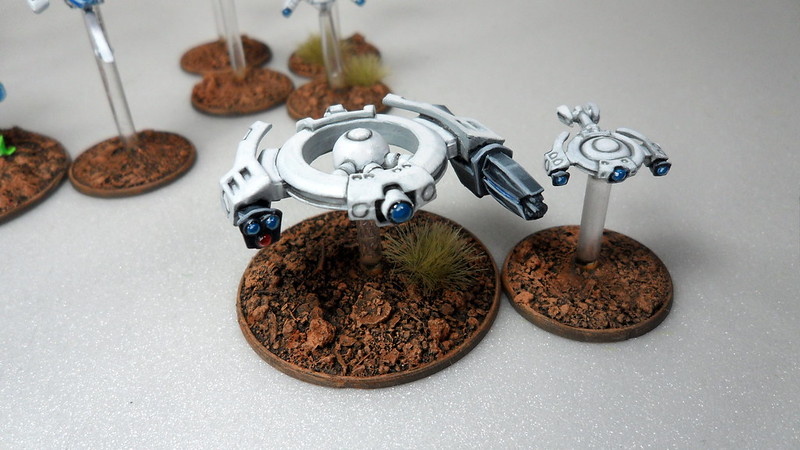 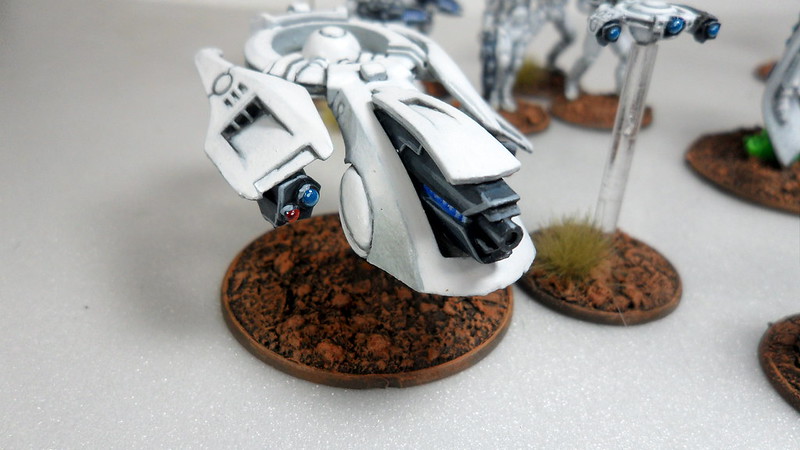 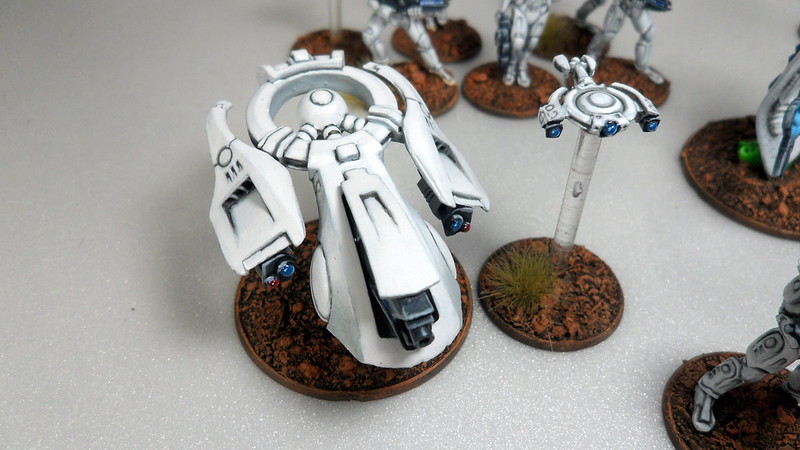 The sinister NuHu:
The NuHus are an evolutionary spin-off of the human race, beings thoroughly integrated with the Imtel, the super-machine that controls every aspect of the human life in the Concord. 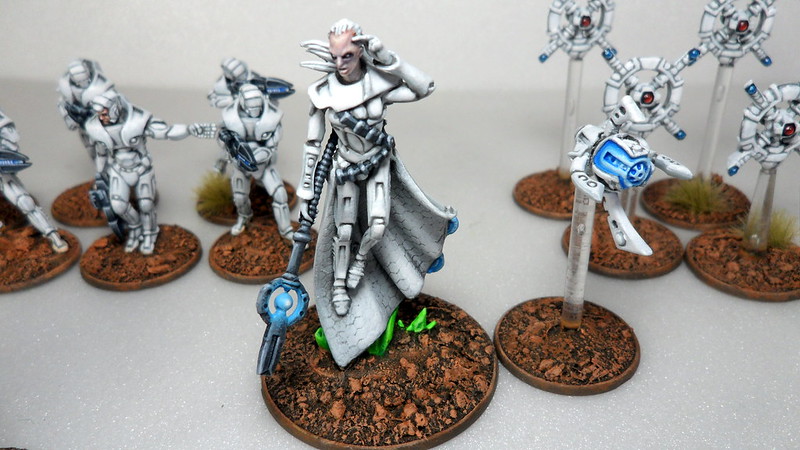 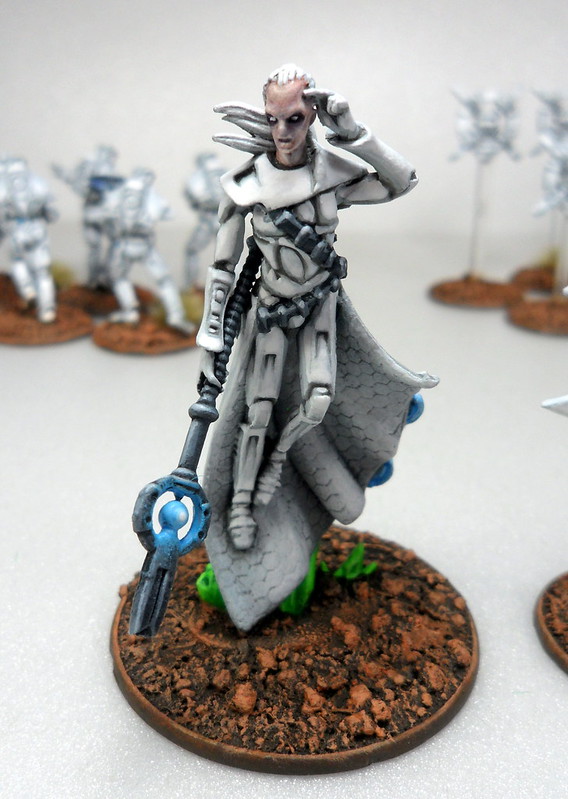 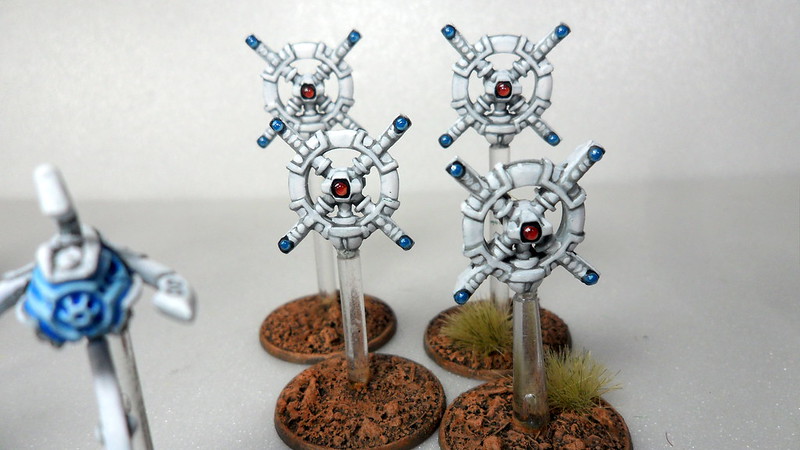 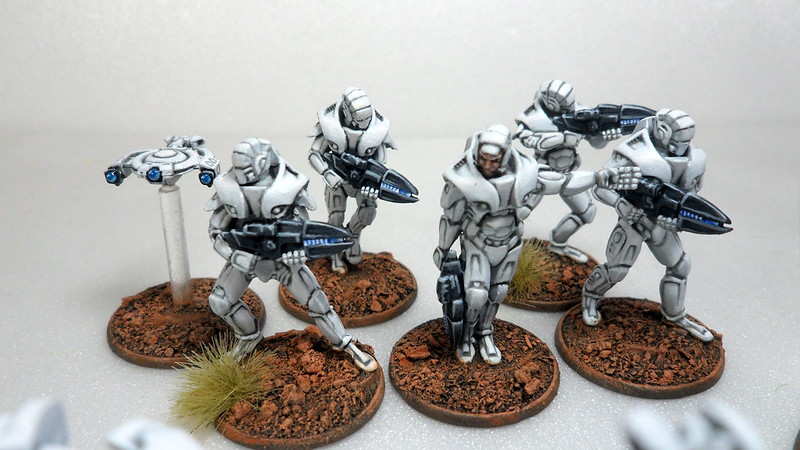 A few shots from the back of the models, to show off all the great detail on them: 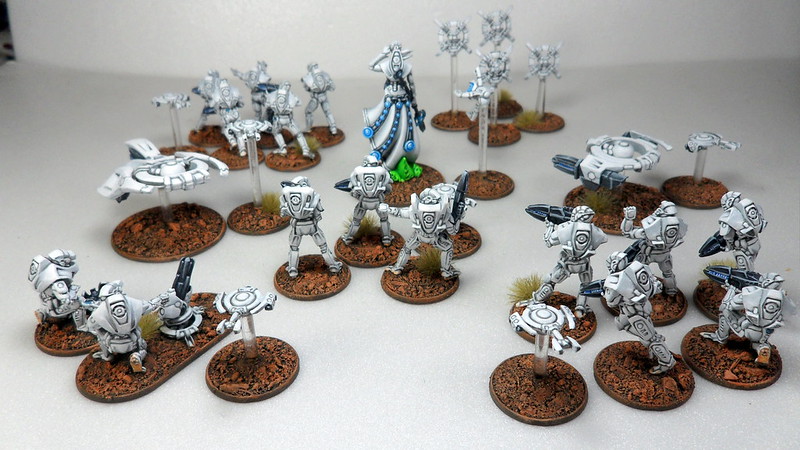 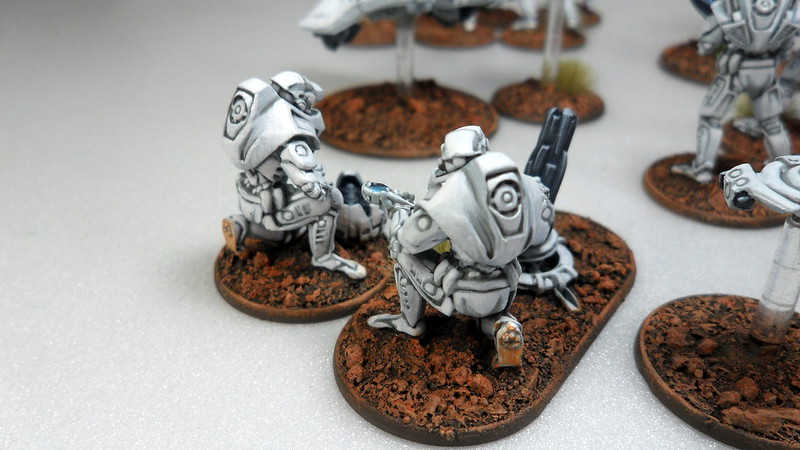 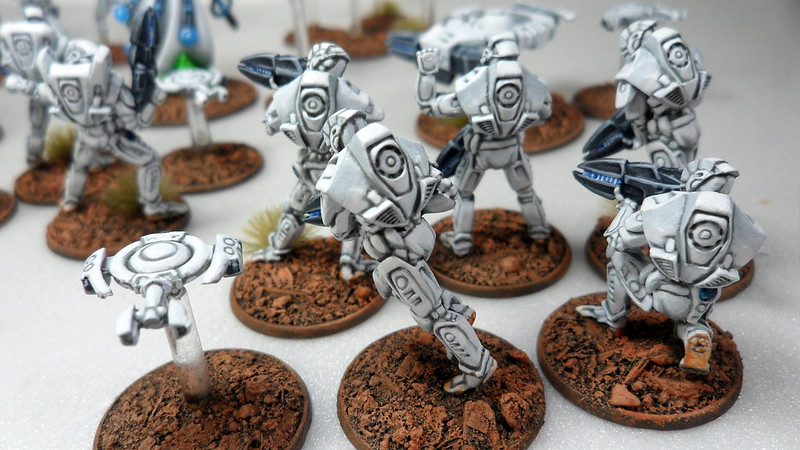 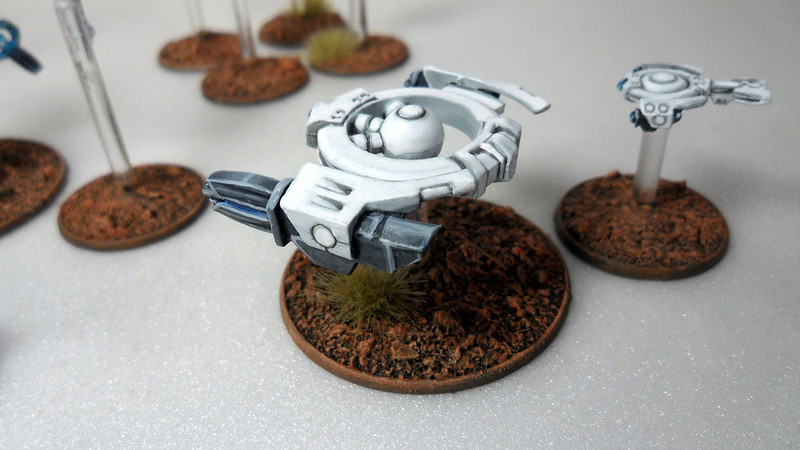 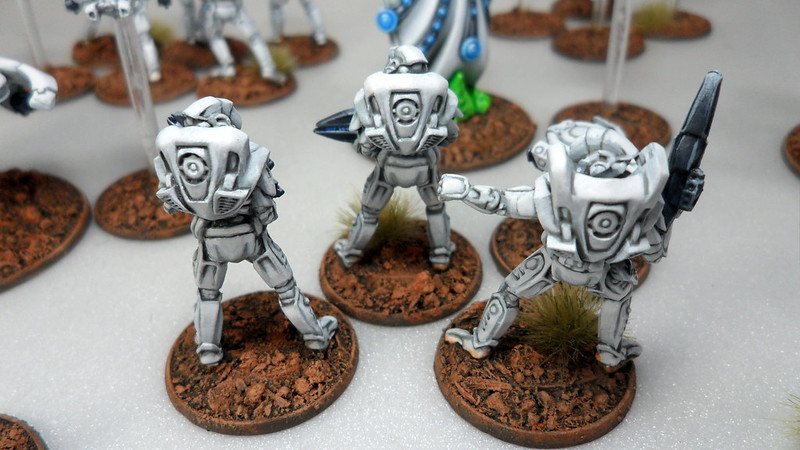 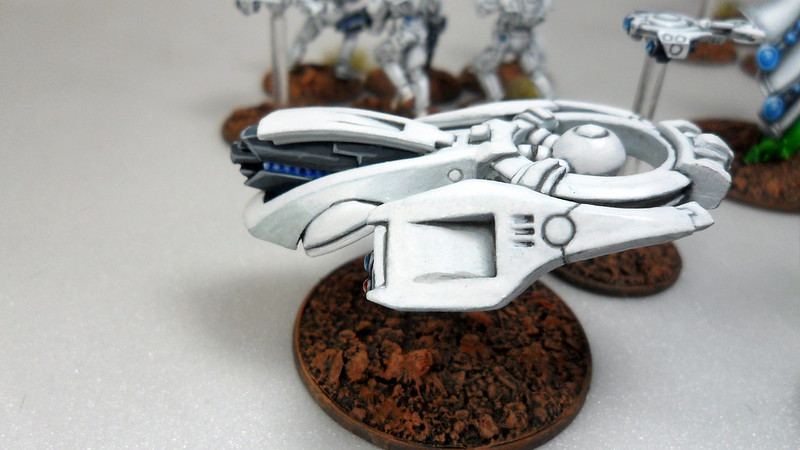 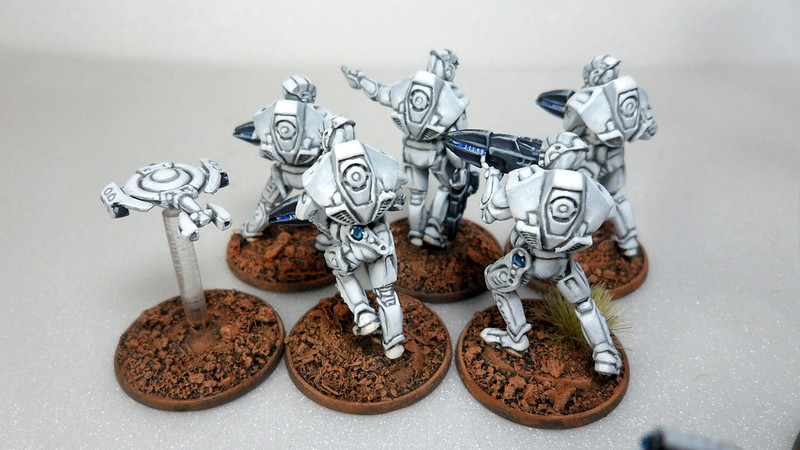 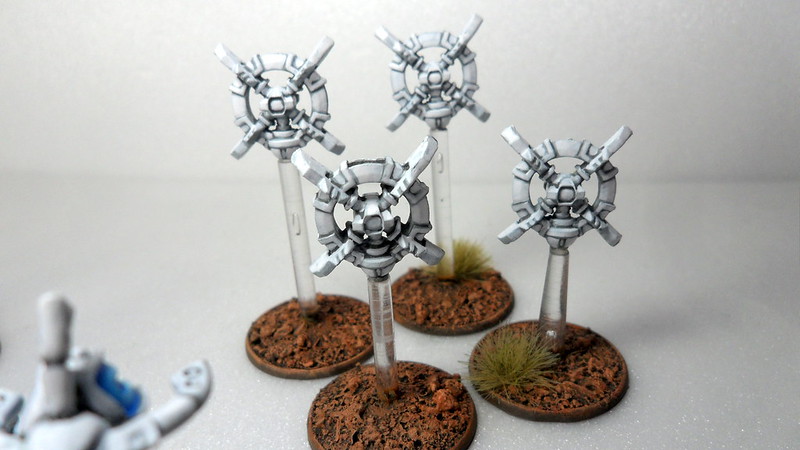 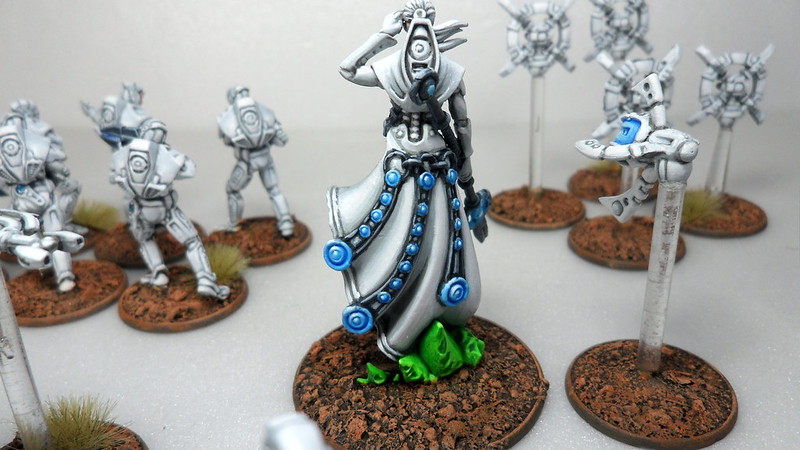 Email ThisBlogThis!Share to TwitterShare to FacebookShare to Pinterest
Labels Beyond the Gates of Antares, Panhuman Concord