Here it is, my Hive fleet, from Studio Bergstrom: 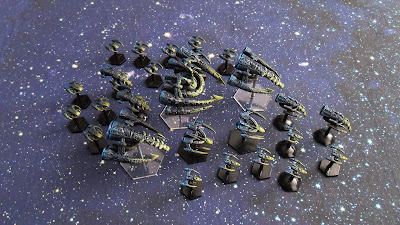 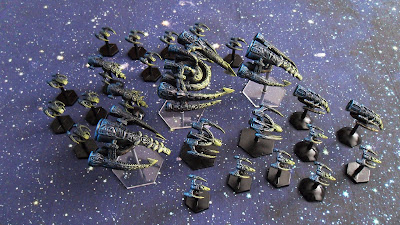 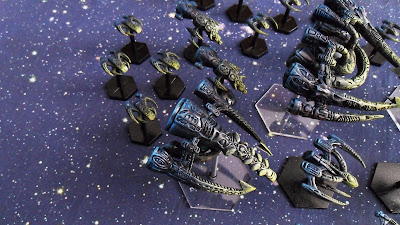 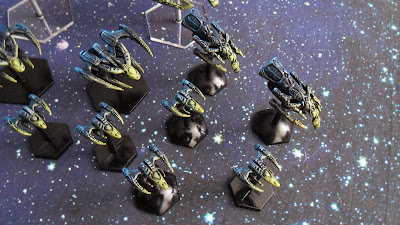 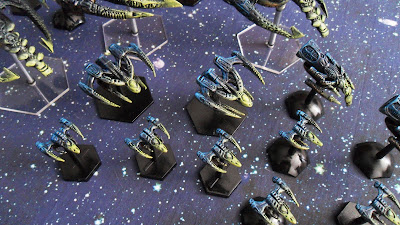 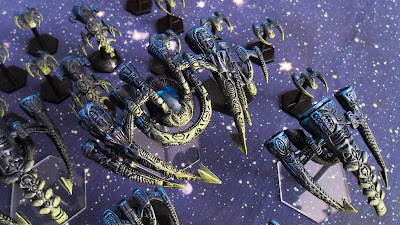 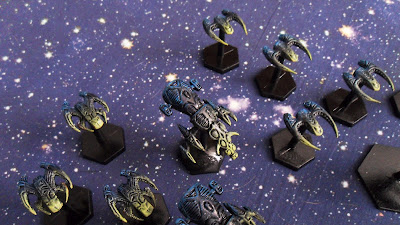 I got inspiration from Desertscribe's (Super Galactic Dreadnought) paint scheme for his entomolians, as I already mentioned here, but my bugs got a little more contrast between front and rear colors. Turned out nice, I think.

I also painted their underside on a different color, as he did to his. It adds a nice bug feel to the ships. 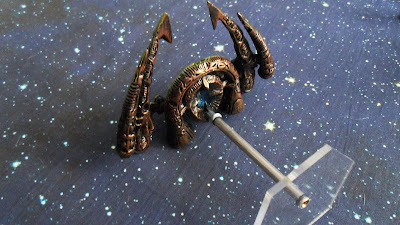 I liked that copper look so much that I ended up painting Pahoota's ships (Solipsist Gaming) on that scheme, as well: 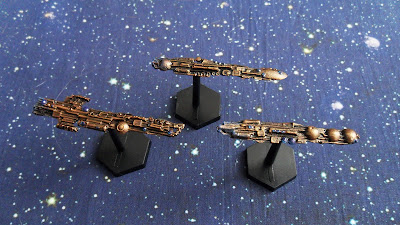 More stuff out of my painting desk now, making space for the Warmachine models I recently purchased (man, painting 28mm is a chore...)