This is my first Napoleonic Infantry unit, and what better way to start other than the French Old Guard? 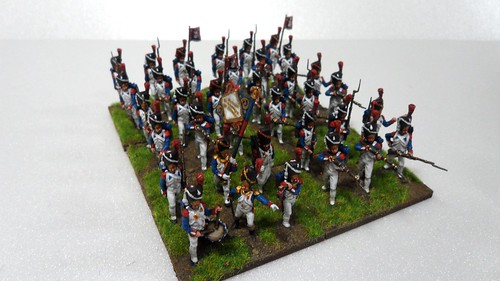 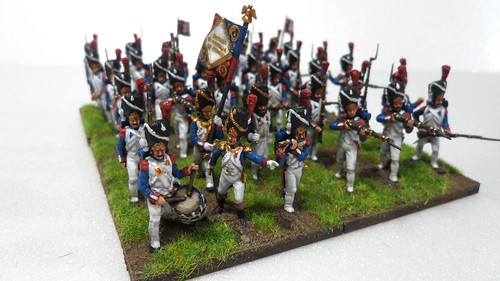 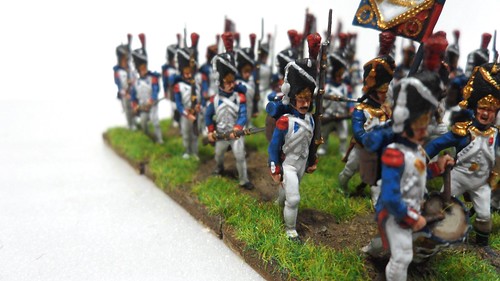 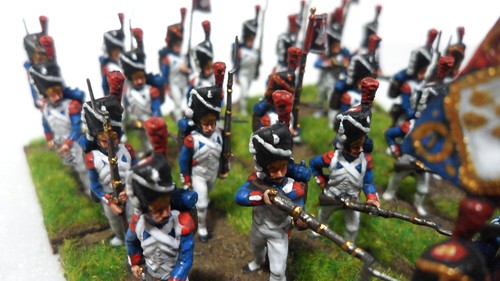 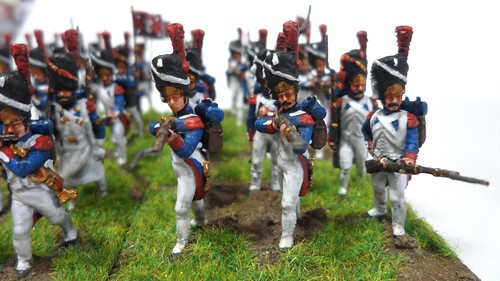 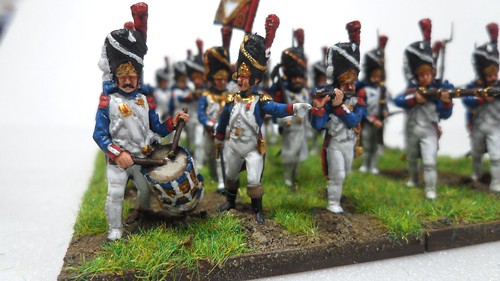 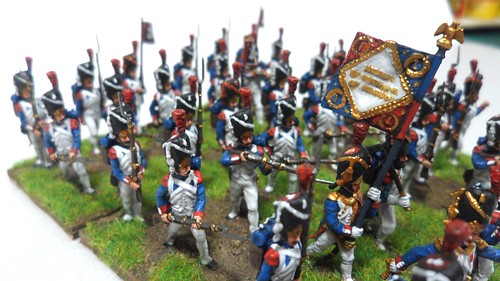 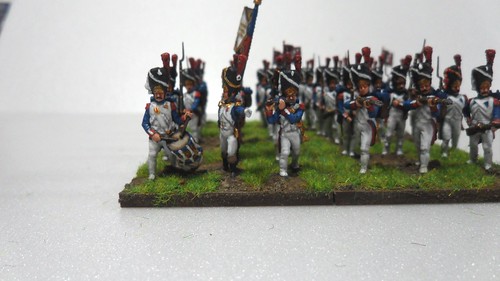 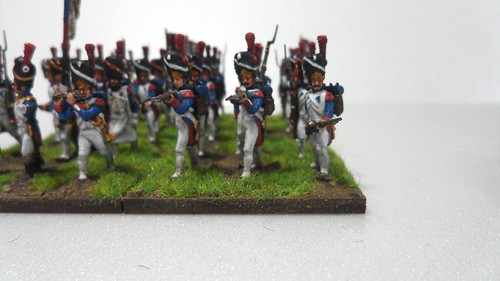 The kit is produced by Zvezda, and has enough models to build almost 7 bases of 6 soldiers each. A spare grenadier from a command kit helped fill the gap on the seventh base, even though I currently have no use for it - 6 bases is going to be my standard.

But I may build another base for this unit from an identical kit in the future if I feel like making it an 8-base regiment, which in Black Powder I would translate into a Stamina 4 unit.


Determining the size of the Infantry bases was troublesome. First, I thought of using 6cm x 3cm, which I was told is pretty common on this scale, but in the end, after a lot of experimenting, I went with 5cm x 4cm, the reasons being:

- Straigter bases make up tighter regiments, which is a better fit for napoleonics;

- Lots of figures have extended musquets, which project over their bases, thus making it impossible to field bases in contact with the ones immediately in front without the bayonets breaking by attriction with the back of the models in front. Deeper bases (4cm rather than 3cm) remediate the problem;

- Bases have to be rectangular, rather than squared, so that the square formation leaves a small empty space inside, thus making it easy to recognize with a quick glance. 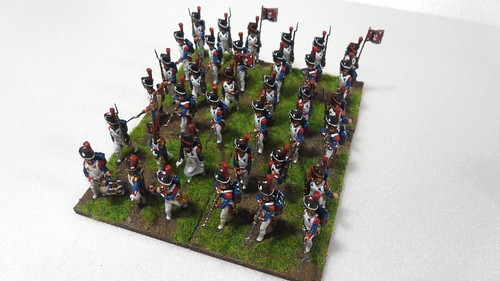 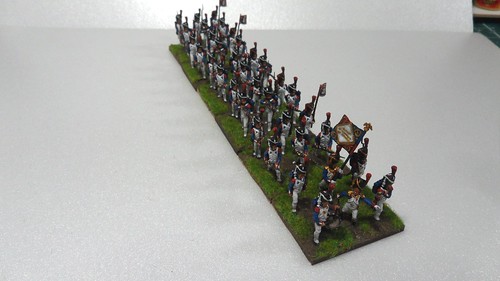 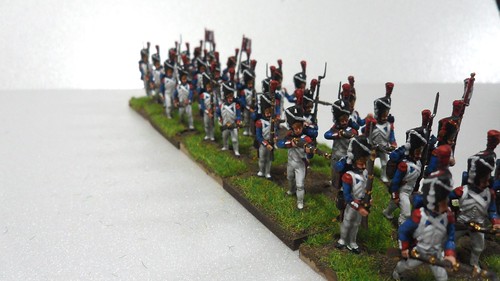 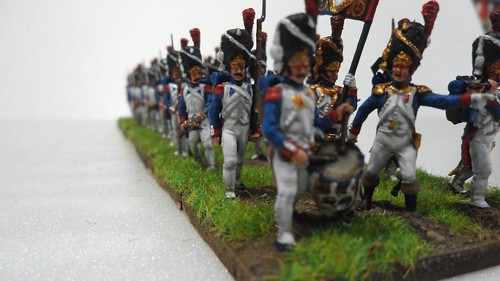 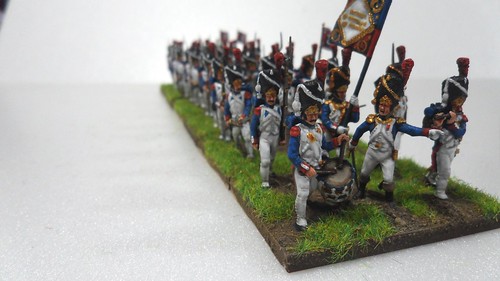 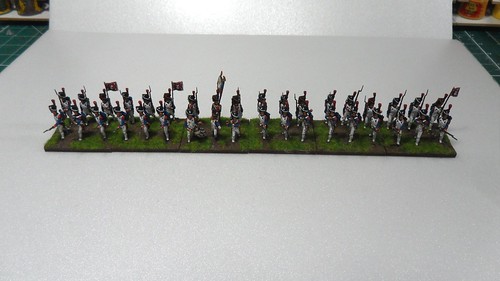 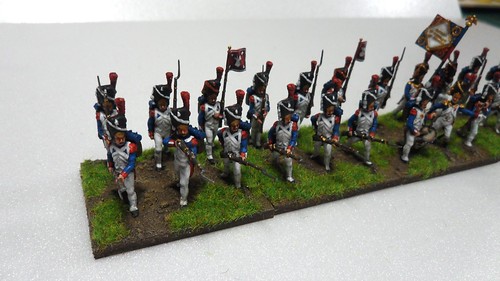 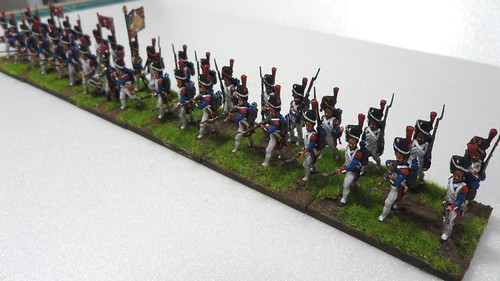 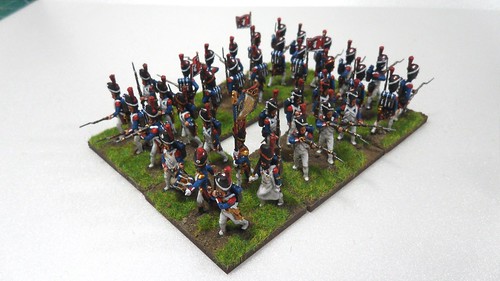 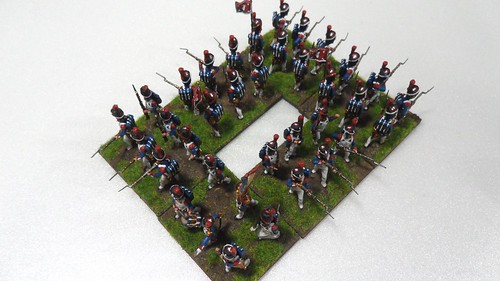 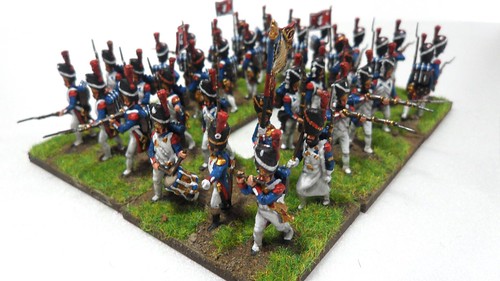 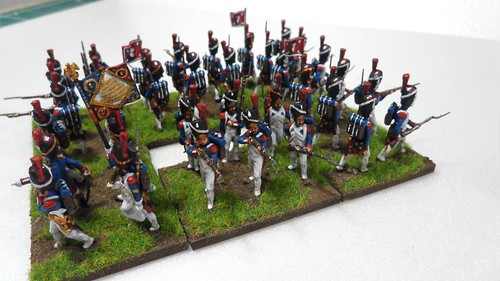