Finished my first unit of French Line Infantry. There was a small change of plans with my infantry units. Initially, I thought of doing 6 bases per standard unit, and 8 for large units, with 6 models per base. But turns out this lay out would be too big, and the army as a whole would end up using too much table space.

So I decided to go with a standard unit of 4 bases, 6 for large regiments. To help compensate for the lower model count, I chose to use 8 models per base, rather than 6. This not only helped keep a good number of models in a unit, but also gave it a tighter look, which feels better for this Historical Period. 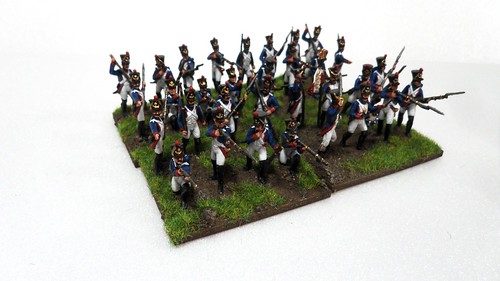 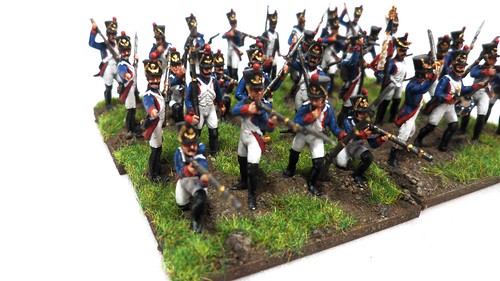 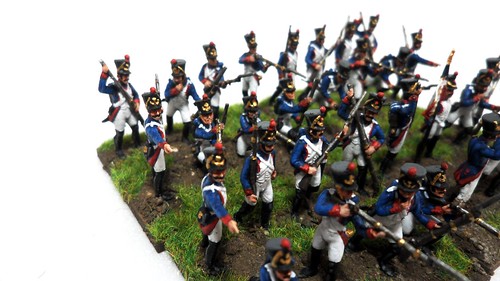 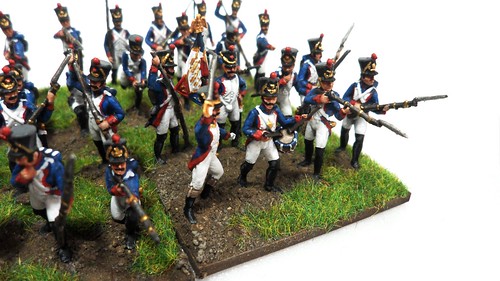 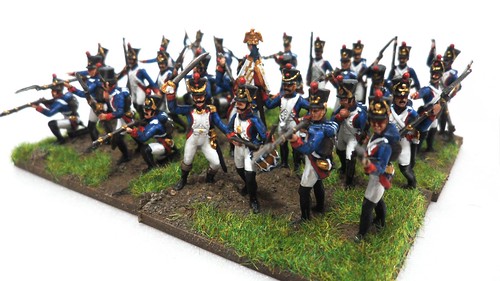 4 Bases is still enough to portray all the formations. Above, we see the Attack Column, and here we have the unit in March Column: 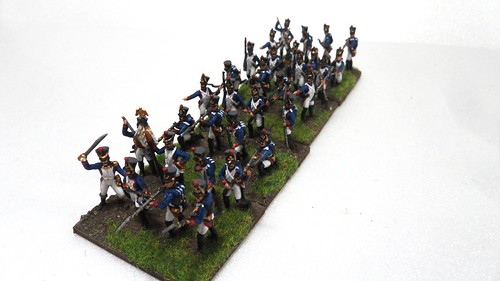 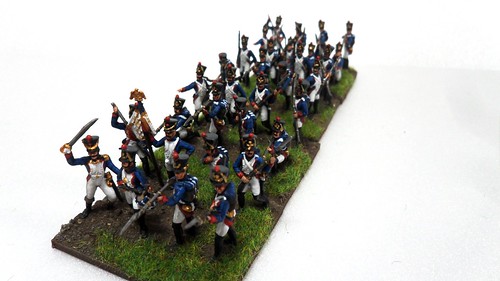 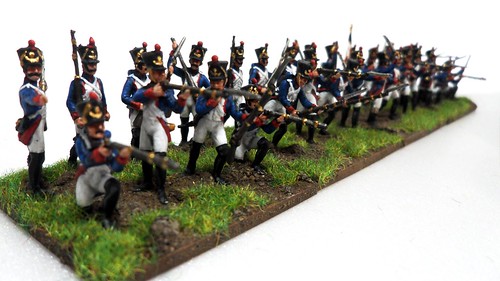 The Line was another reason why I decided to go with less bases. It would take too much table space to field a unit in line, and multiple units in line would definitely become problematic, even if using 2 tables (which is what I'm planning on). 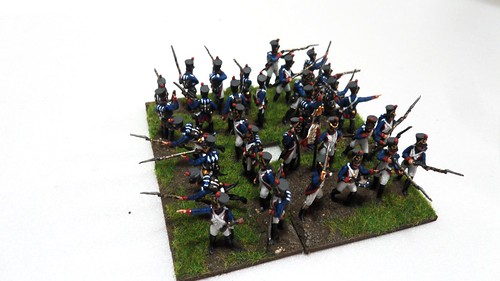 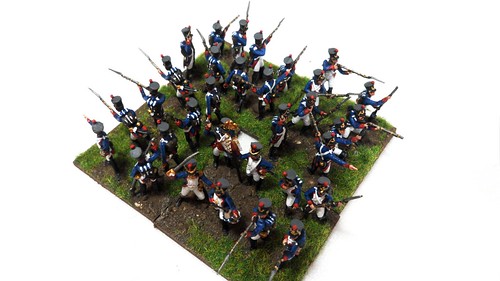 I also rebased my French Imperial Guard on the new standards, and since it is going to be fielded as a large unit, it is going to have 6 bases, instead of 4. Too bad I forgot to take pictures of it, but it looks quite nice. The grenadiers are bulkier than those line infantry models, so the unit has got an even tighter look.