French Napoleonic - The Emperor Himself

Here we have yet more French Command bases. These are from the Italeri set, and include the Big Man himself. There are quite a few Chasseur models on the kit, so I could even come up with one base for a cavalry unit. Once I get to actually do a unit of Chasseurs a Cheval, these are going to be commissioned there. 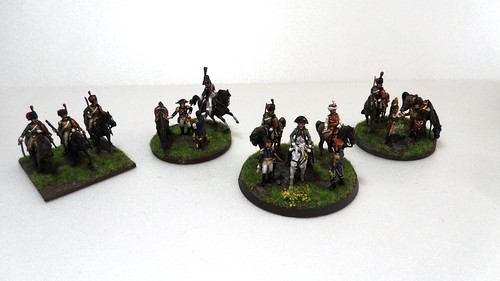 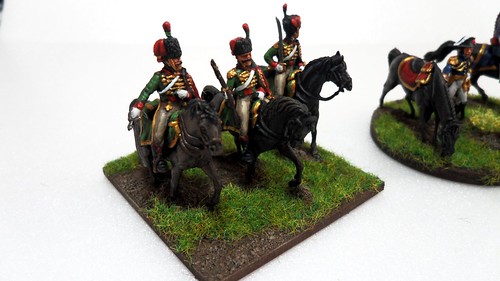 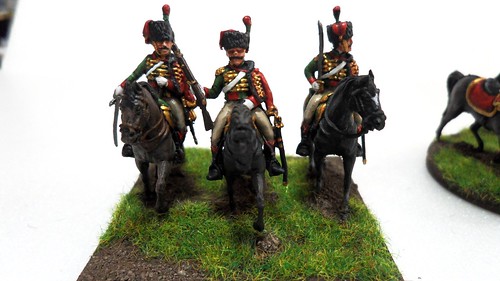 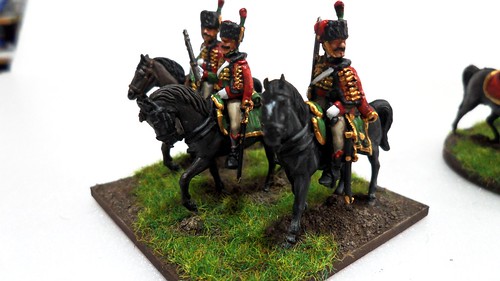 Here I also used a couple models that I had left from the Zvezda kit: a Courier and an Aide de Camp, which I based next to a dismounted General. 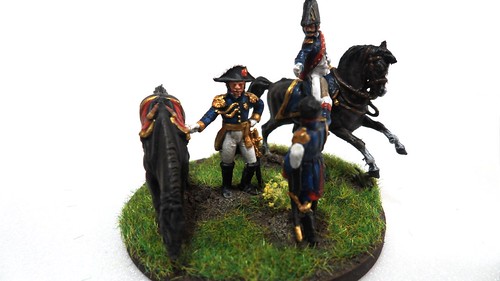 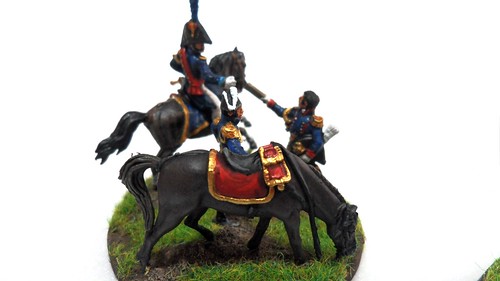 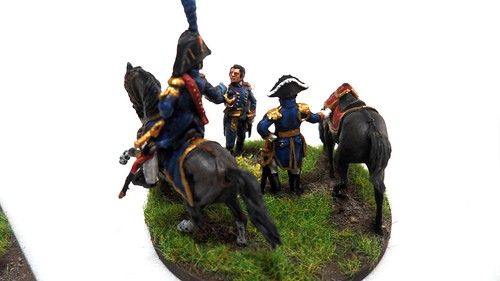 I also made a base with a model to represent Marshall Murat, dressed as a Chasseur, talking to a Dragoon Commander. 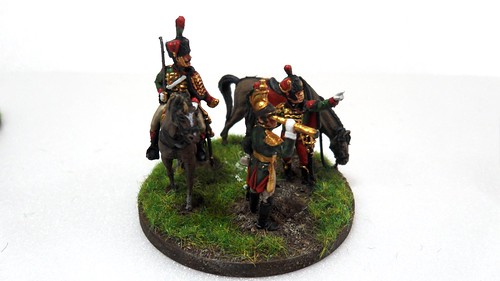 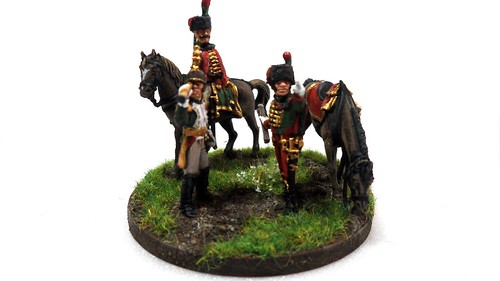 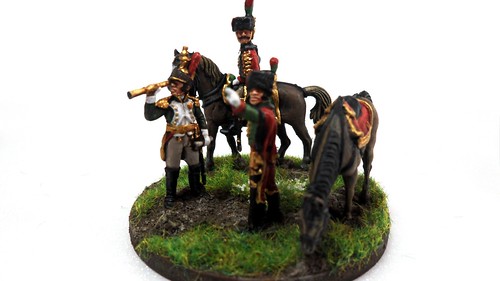 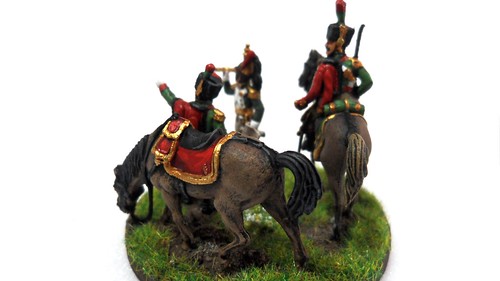 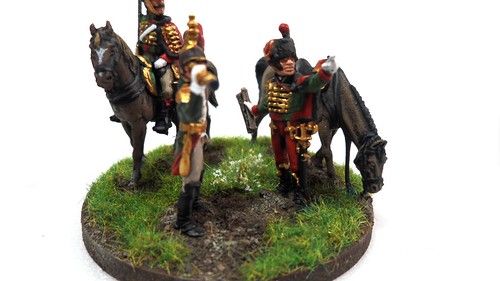 And here we have the Emperor and a small retinue. I'm using 50mm bases for my commanders, but for Napoleon I used a 60mm one, to afford more room for his assistants.

We can see here that he is accompanied by a General on foot, escorted by a Chasseur a Cheval and by his Mamluk bodyguard, Roustam Raza, as well as assisted by an Aide de Camp. 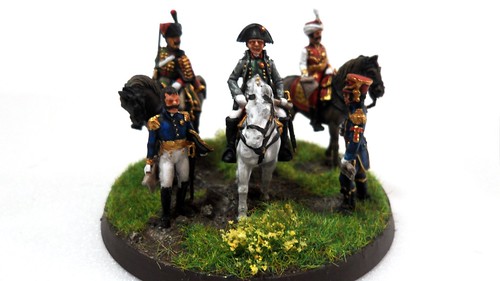 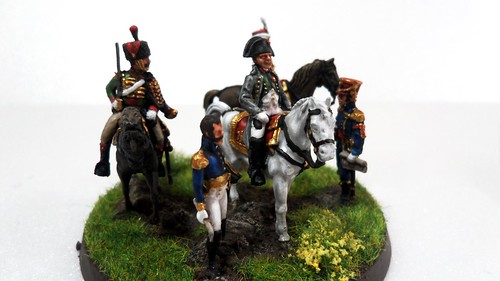 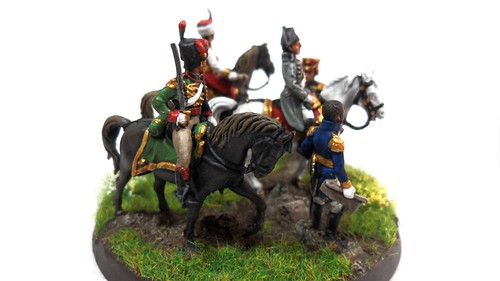 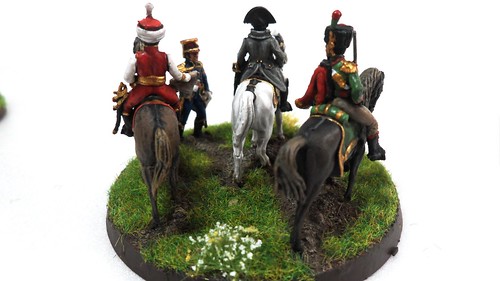 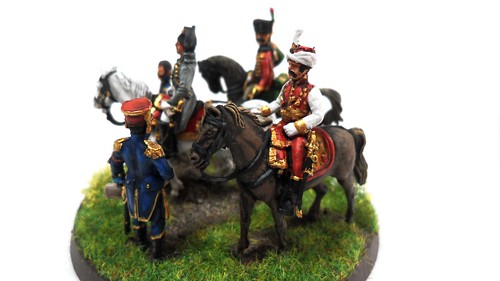 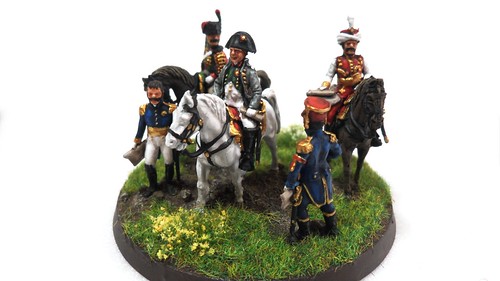 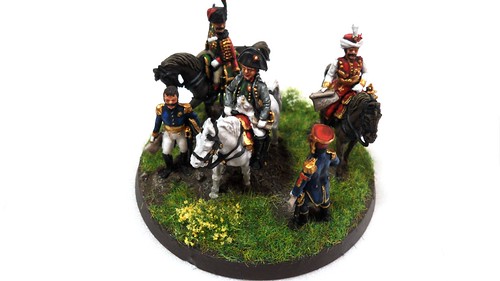