I promissed to post some pics of my french once I had them ready for the table. Well, here they are. Mind you, they are far from a complete army. There are several units still to be added, but the force is sufficient to start playing, and this is quite an accomplishment, considering I've been painting Napoleonics for 8-9 months, and already have another army (British) almost as large as this one. 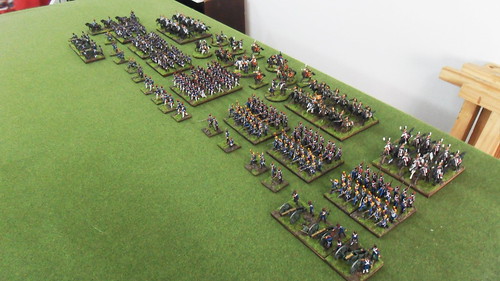 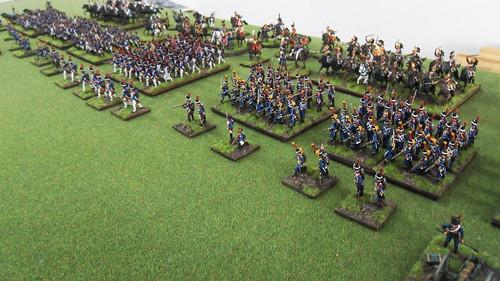 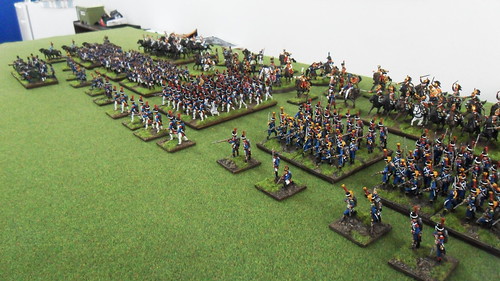 Some of the additions needed are Chasseurs for my Light Infantry Regiments. Currently, they only have bases of Voltigeurs and of Carabiniers. 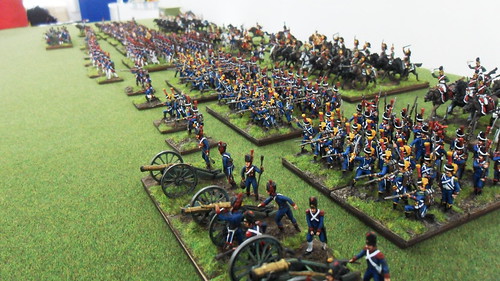 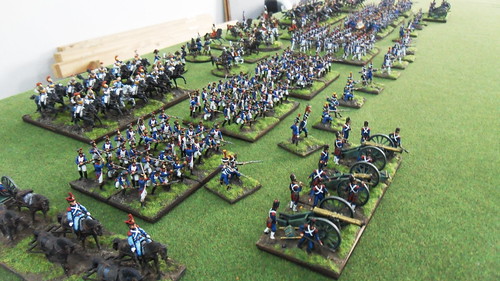 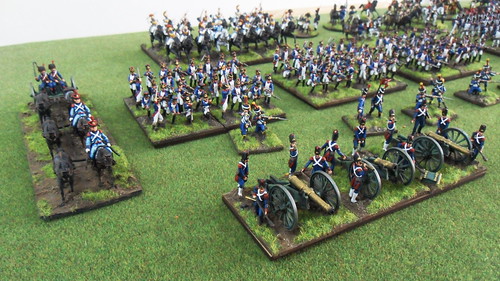 I also need more regiments of Line Infantry, and of allied states, such as italians, to help bulk up my Imperial French and also make them more representative. 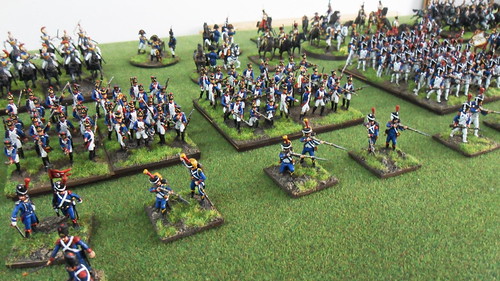 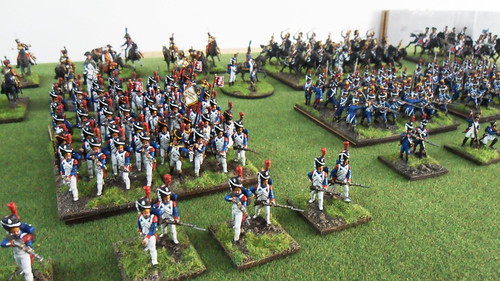 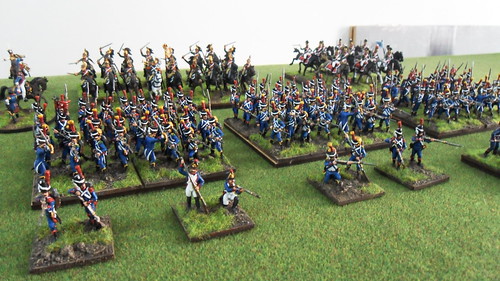 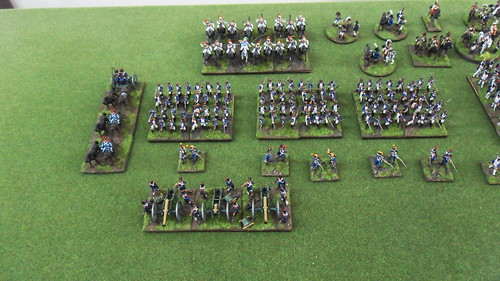 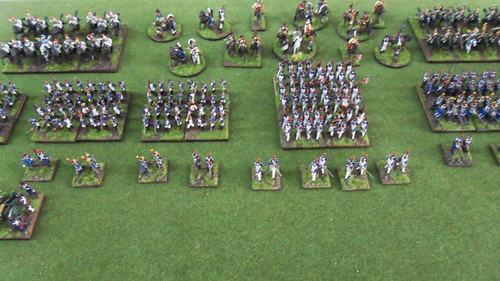 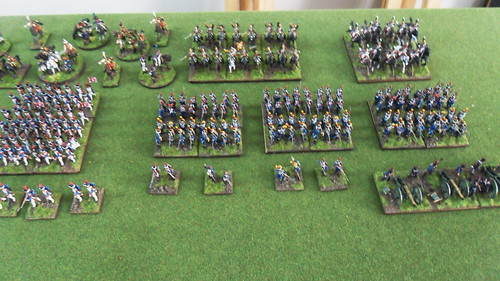 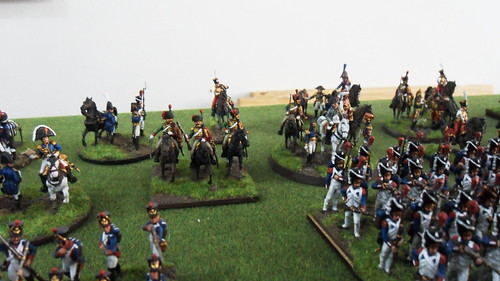 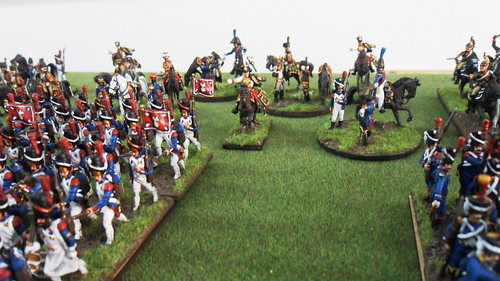 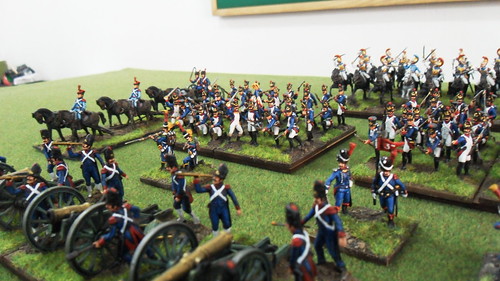 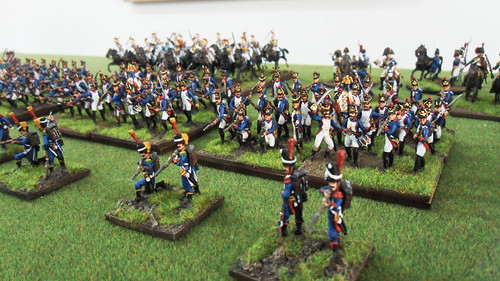 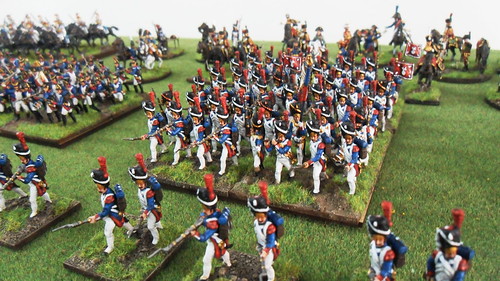 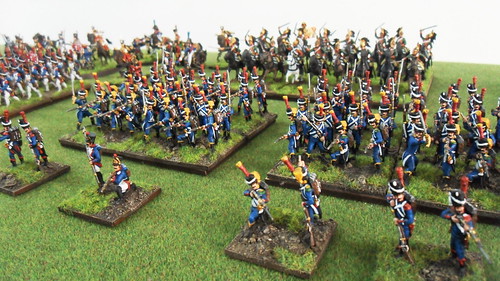 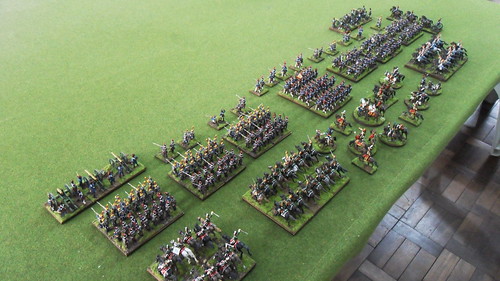 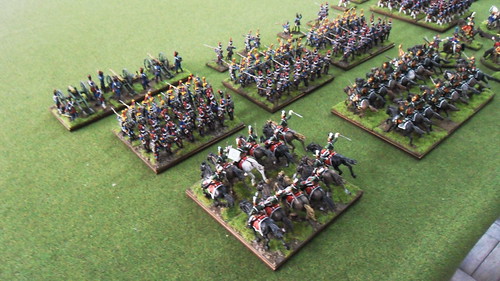 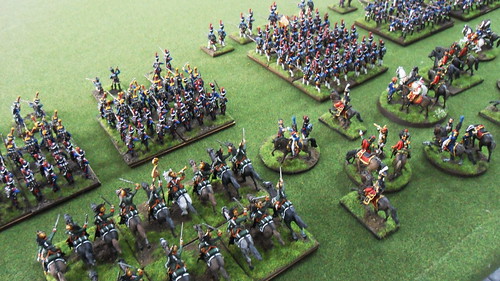 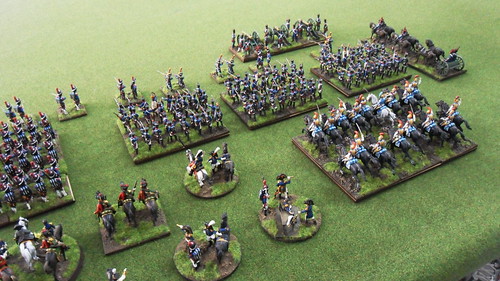 Another unit of artillery would be nice, too. And Cavalry. I currently have Carabiniers, Bavarian Chevallegères and French Dragoons. I plan on adding Cuirassiers, Lanciers, Chasseurs a Cheval (I have a single base of them), Grenadiers a Cheval and others.

My british are almost done. I'm currently finishing painting 2 Line Infantry Regiments, which are the last units needed to get the army ready for the table. I hope to get my first game with my very own napoleonics going on the beggining of November.

I'm really excited about Historicals, and 1/72 plastics, as well. So much that I already have hundreds of imperial romans on my shelves and plans for Crusaders, too. 2015 hasn't started yet and I already have boxes enough to keep my frenetic brushes occupied from end to end. So, all good.