More stuff for my Space Nazis

As I mentioned on my previous post, there is a plethora of awesome "nazish" models around for 28-30mm wargaming. Here are some of them that I'll be adding to my army on the near future: 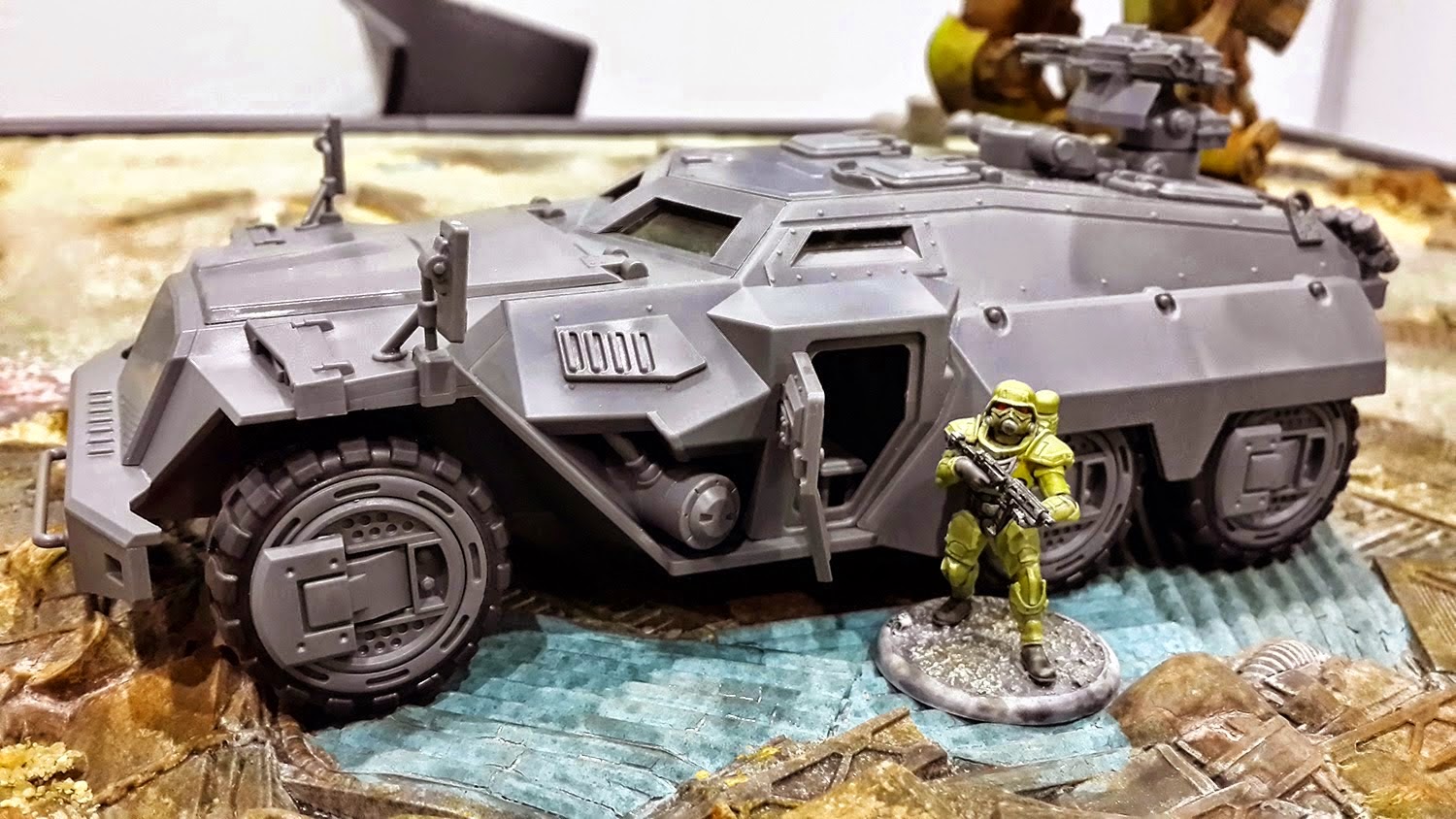 This is going to be the main armored personal carrier for my nazis, helping the far-right racists get to where they are needed the most. There are also going to be options armed with anti-tanks guns, so this vehicle is going to be quite versatile. 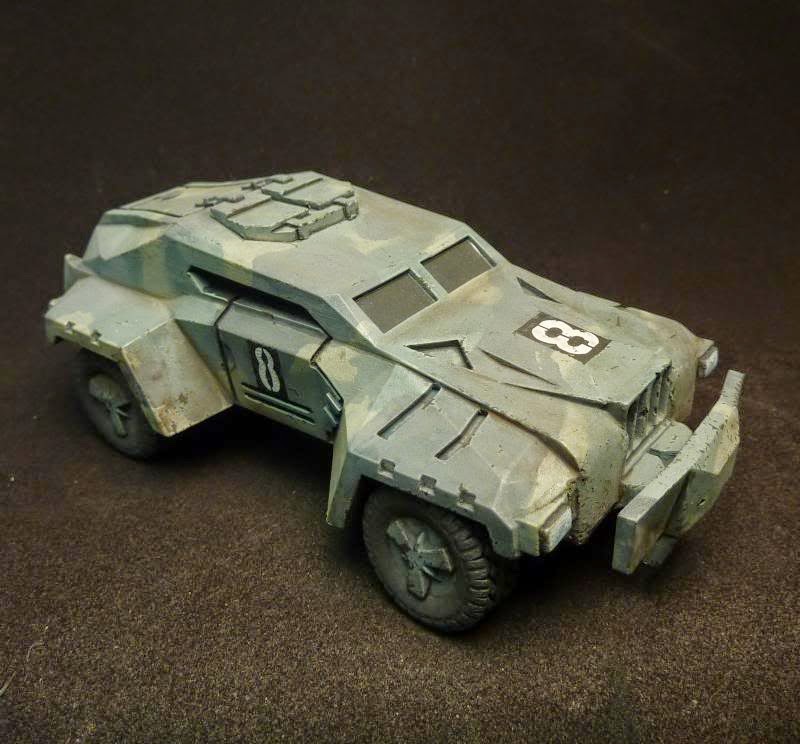 Not sure yet what I'll use that for, maybe a light command vehicle, to help my HQ's get around quicker. A cool loking model, with an aesthetic that goes well with the Dreamforge one, so it's a must-have for my nazis. 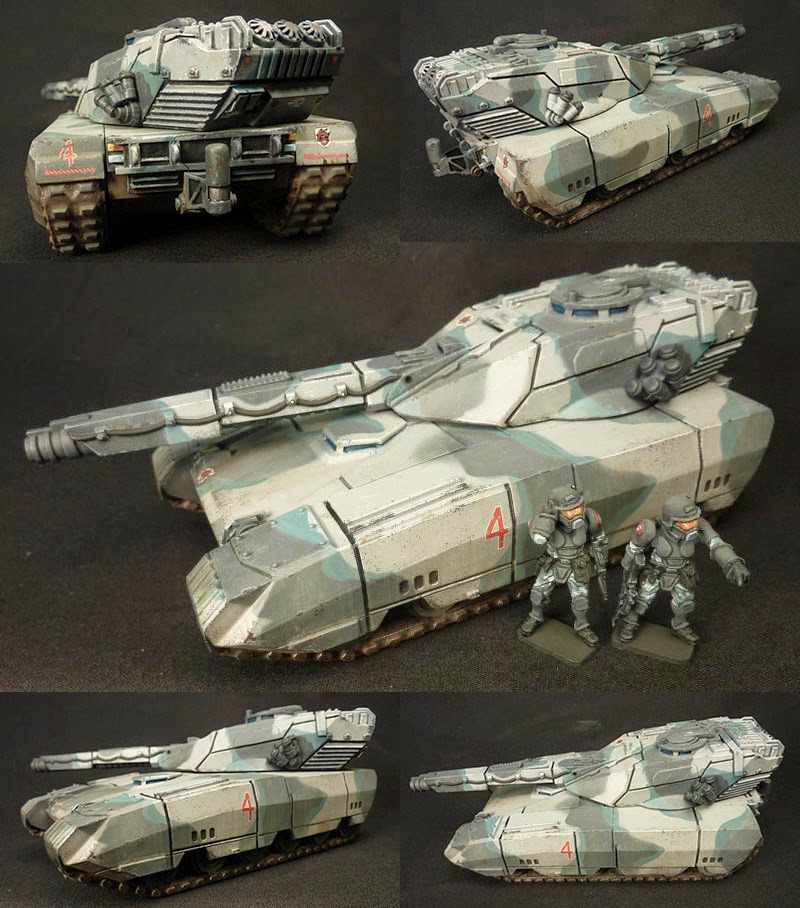 Well, I want a nice looking model to perform the role of MBT for my nazis, and don't want to use any model related to a specific ruleset of existing scifi background, and this model is a very good option, maybe a little on the small side for my liking, but still very attractive. Another option I like very much is the Pig Iron Productions Tank, a true beast, but I already use those for my Warpath Corporation army.

I could also use Ramshackle Games "Pug" tank. It's obviously inspired on the German Stug tank, and comes with lots of options. My only reserve is that its retro look might not fit well with the rest of my nazi stuff. 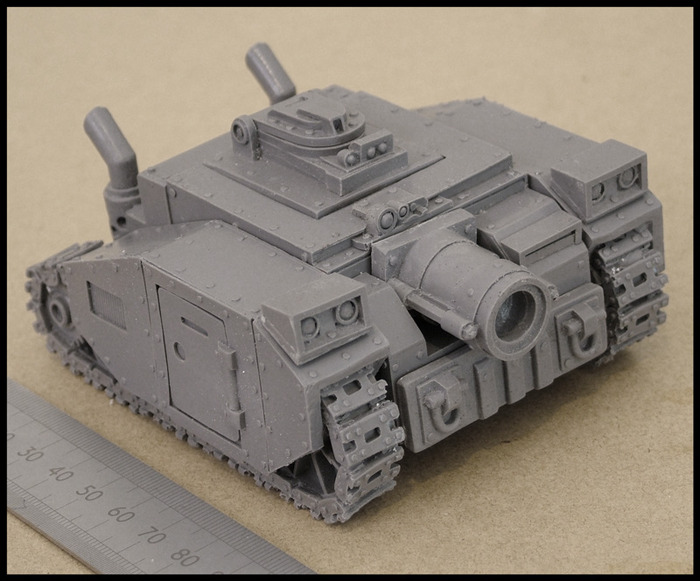 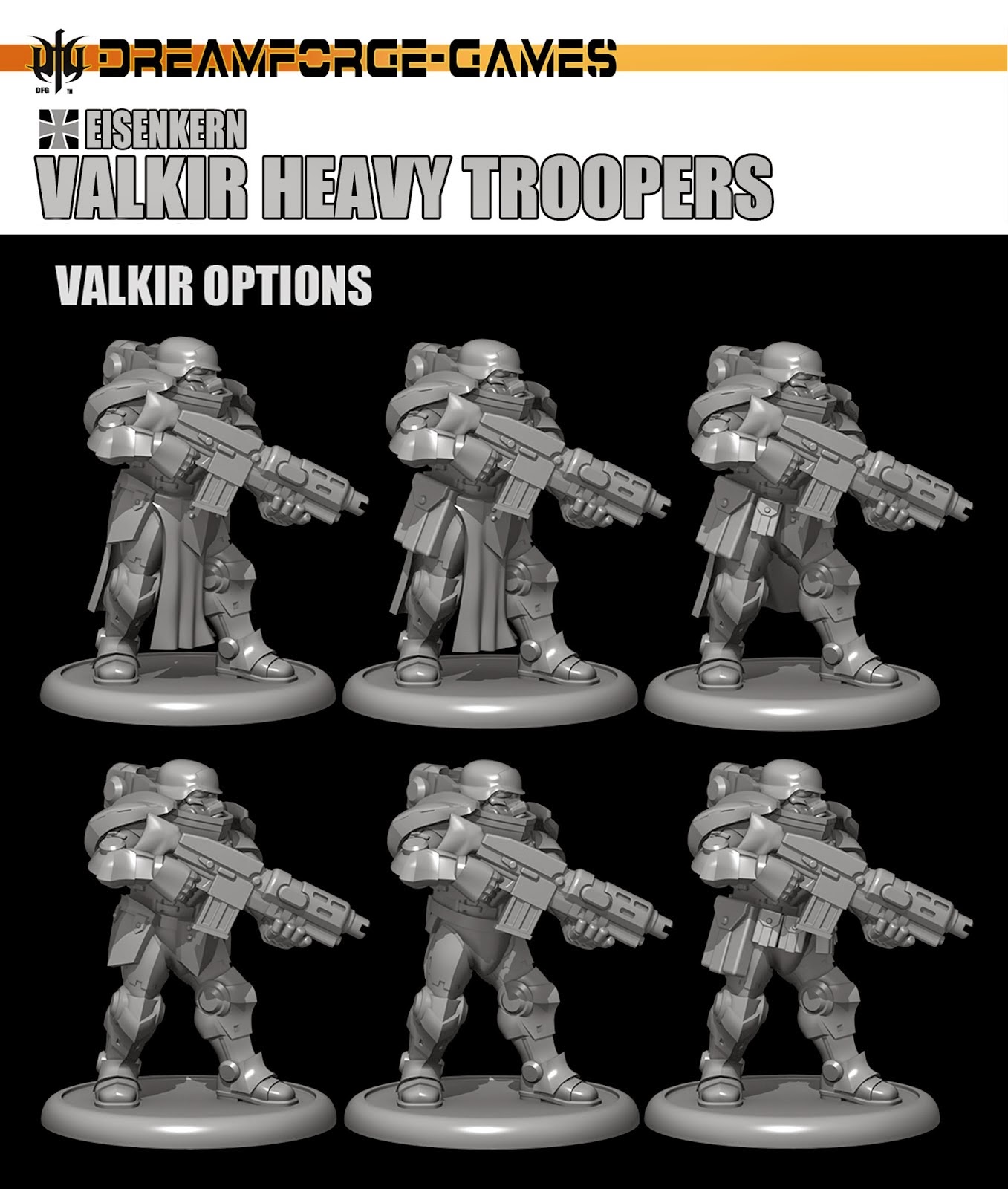 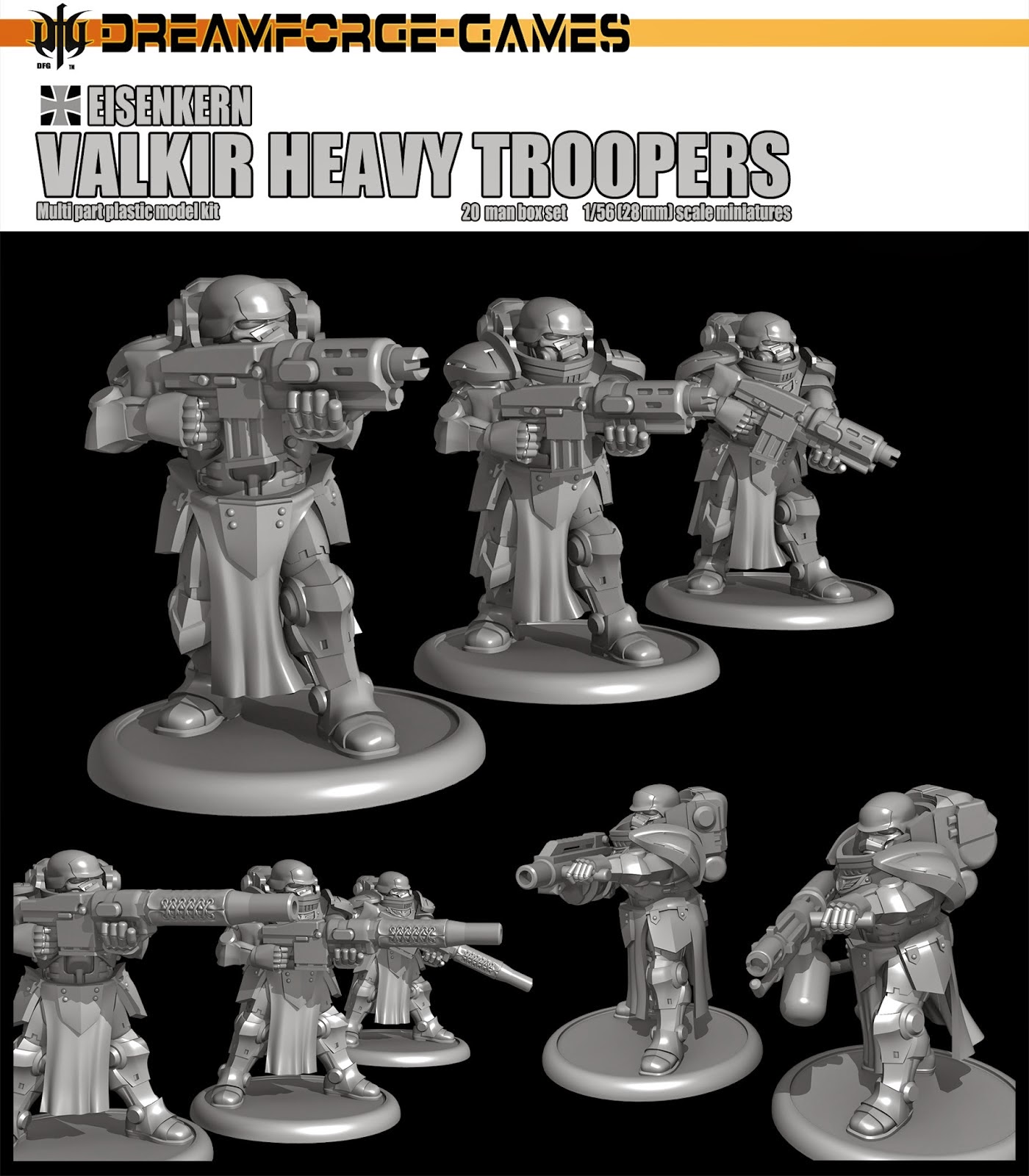 As I'm using the Eisenkern for my basic troopers, it's only logical that I use their heavy armor options as well. This kit is also going to provide some cool special weapons to help equip my nazi units.

These are from the Toughest Girls of the Galaxy Kickstarter, from Raging Heroes. I pledged for the Iron Empire models, and those portrayed above are just a few examples of the amazing looks of this army. There is also bikes and walkers, HQ's, snipers, zombies, etc. They're going to represent a female regiment of my space nazis. 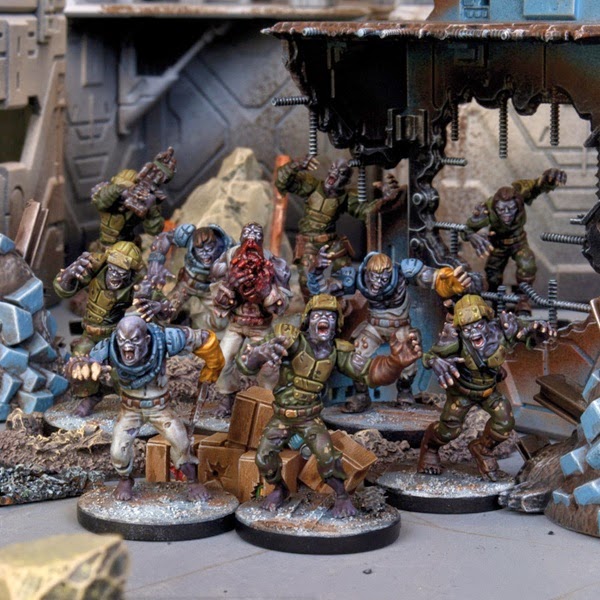 These are from the Deadzone Kickstarter, and I already have 45 of them in my painting desk (at US$10.00 for a sprue of 5, those are quite affordable). These are going to represent enemy troops brought back to life (kind of, anyway) by the evil nazi scientists. After all, what's a scifi nazi army without some zombies, right?! 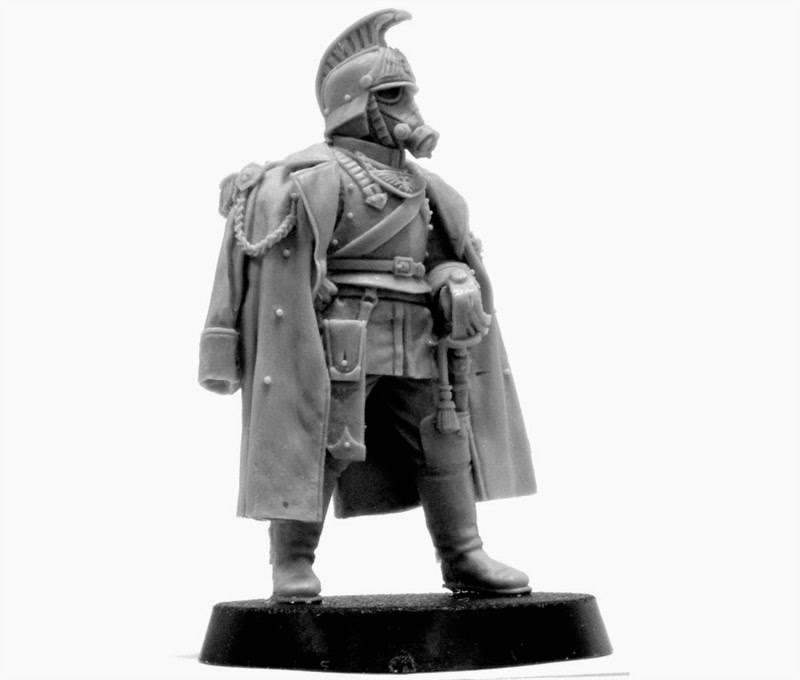 And finally, Forgeworld. I'm not a fan of heroic scaled models at all (like, at all!), and try to avoid them as much as possible, nowadays, but Forgewold has some really nice HQ's that I could use for my Nazis, and the company's sense of proportions is more aesthetically pleasant than that of GW, so not that far from the rest of the stuff I'm using in the army.