How I'm going to model my own designs

A few posts ago, a couple readers asked me to post a step-by-step tutorial on how I plan on modelling/scratch building my own designs, and I promised to post about it on the near future. So here it goes.

To begin with, I'll show what I plan on using to model/scratch build, and on a later post, when I actually have a ready model, I'll do a step-by-step on making a mold, which is going to be my first time applying the teachings I recently had on that matter. 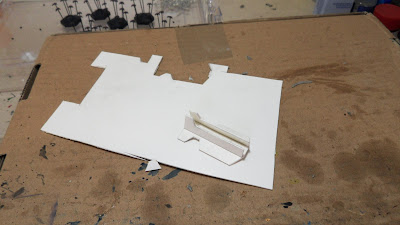 First, you'll need a Plasticard sheet, like that on the pic above. 1mm is the best thickness for most designs. It's easy to cut and to glue with superglue.

Although relatively thin, it holds its own well enough,. Trading easiness of cut for additional firmness is a bad deal. You're probably going to be exausted trying to cut the 2mm sheet pretty quick.

I suggest using the 1mm sheet, and then filling it with epoxy here and there to give it better structural integrity. 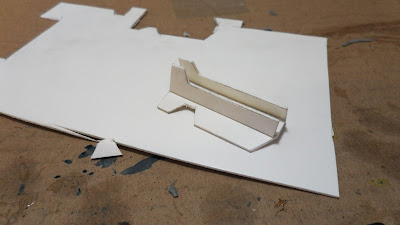 On the pics above you can see I was performing my first attempt on building one of my designs. It was a Terran Cruiser:

After a while, I realized the proportions were worng, so I put the whole thing aside and decided to start over. Anyway, I wasn't doing it with much care, I was only getting acquainted with the material.

One thing to keep in mind is that there are probably several materials that pass as Plasticard, such as Polistirene and PVC.

I myself am using expanded PVC, as I was adviced not to use the PS, for it is terrible to cut, and is ruined if exposed to direct sunlight for an extended period.

Others things you're going to need are: 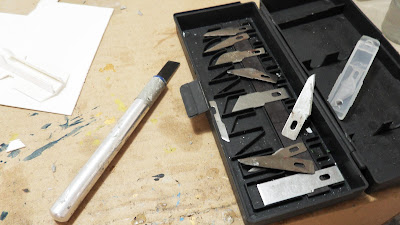 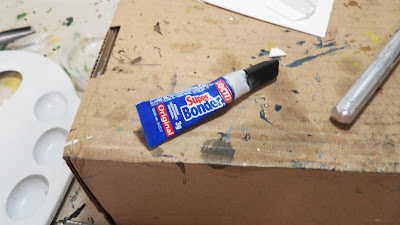 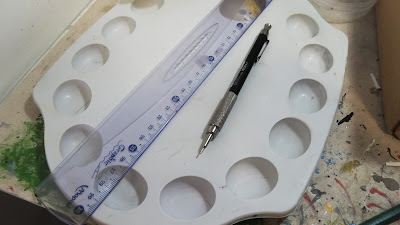 And that's pretty much it. I hope to have time to build one of my designs soon, but first I'm going to finish the playtesting stage of Pax Stellarum.

Email ThisBlogThis!Share to TwitterShare to FacebookShare to Pinterest
Labels Modelling and Scratch Building